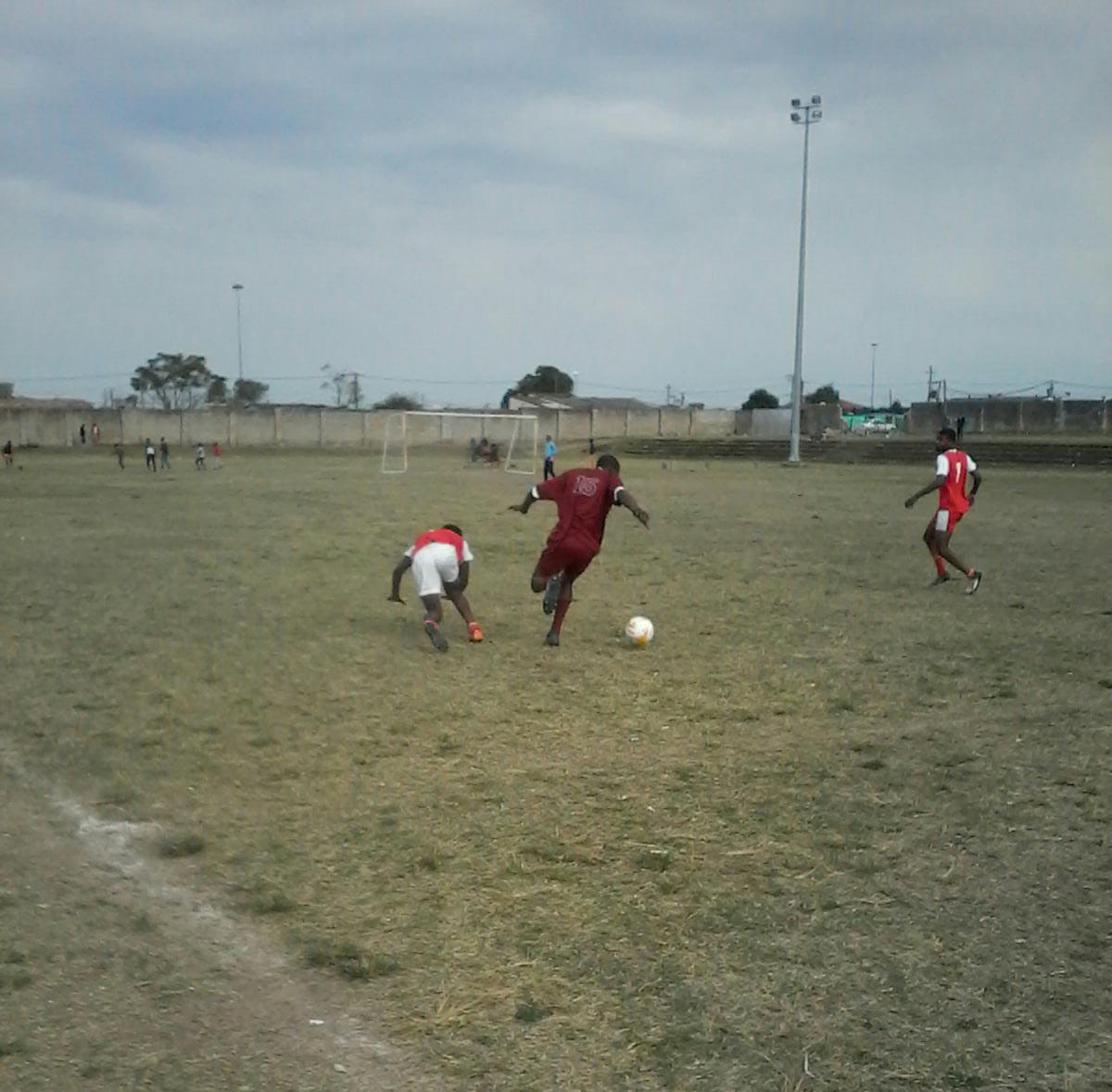 Santos in maroon against African Spears in red.

After a short Festival break, the Makana LFA first division returned to action this past weekend. This break seemed to work well for some of the teams, while others felt the impact of it.

Former Makhanda’s football giants Santos FC are finding life very difficult in the lower ranks as they lost both of their games 1-4 and 1-2 to Young stars and African Spears, respectively.

Early title contenders and stream A leaders Black Stars collected maximum points as they defeated African Spears and Young Stars by 3-2 and 4-1, respectively. Sophia Stars humiliated Young Ones by eight unanswered goals on Saturday before beating Maru Academy 4-2 on Sunday.

Stream B strugglers Leicester City had a bad weekend as they suffered two defeats at the hands of Vukani Anchors and Rieby United, 0-1 and 1-8. Stream B log leaders Golden Eagles were held to a 4-4 draw by Seven Stars while Golden brothers suffered their heaviest defeat at the hands of Eagles 2-13.

In the main game of the weekend, which got the football lovers at the edge of their seats, Seven Stars came from two goals down to secure a 2-2 draw against Eagles. This action-packed game started at an electrifying pace with Eagles dominating the proceedings, but they failed to capitalise on the sloppy defence of Stars. Eagles defence panicked and threw away a two-goal lead.

Seven Stars had a glorious chance to win it in the last few seconds of the game, but their striker shot wide at goal with the keeper on the ground. Rieby United enjoyed a good weekend as well, as they put five past Golden Brothers.

Maru Academy thrashed Jacaranda Academy by five unanswered goals in the battle of the SAB regional league club’s academies. Still, Jacaranda Academy redeemed themselves on Sunday as they edged Young Ones 3-2. Rising Stars held Vukani Anchors to a one-all draw.

It is slowly becoming clear who the serious title contenders are and who are the whipping boys of this league.