Flames of success light the way 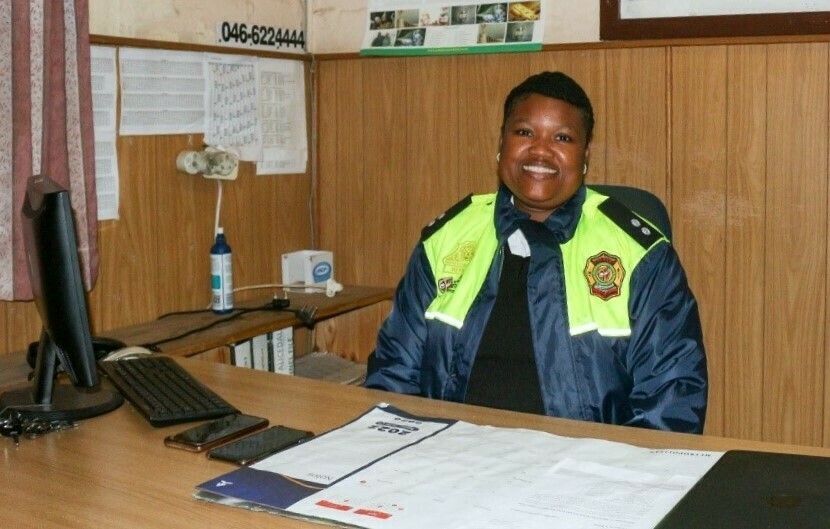 A woman of prayer. A woman of ambition. A woman of demanding work and dedication. A daughter. A sister. A colleague and a mother of a 13-year-old daughter.

Nosabelo Someketa is a 41-year-old woman who works at the Makhanda Fire Department in the town where she was born and raised. After finishing high school in Makhanda, she studied Basic Ambulance Assistance in Gqeberha. She also did voluntary work and some waitressing jobs.

She took courses in fire instructing and fire prevention. After all her years of studying and obtaining her qualifications, on 1 November 2011, she became a firefighter in Makhanda. But her road to success continues – Someketa is furthering her studies with a financial management course. Meanwhile, as Platoon Commander, she is the first woman in Makanda to command and instruct firefighters on managing operations and ensuring that civilians are safe and saved by all means necessary. She assures safety and also leads search and rescue operations.

But there’s another major challenge. How does a firefighter get by in a water-scarce town? “Being a firefighter in a town with an ongoing water crisis is a challenge. However, we do relay bumping, whereby we load our trucks with dam water,” she says.

She adds that it is challenging to be a young woman collaborating with men because those who refuse to move with the times sometimes undermine her authority. However, putting God first has brought her this far. Someketa says her greatest satisfaction is saving someone’s life. “I sleep better at night knowing that I’ve done my job”, she says. But traumatising experiences are inevitable in such a job, and she and her team discuss traumatic incidents among themselves.

Mostly, though, being a firefighter is fun, she says. It is especially enjoyable if your greatest desire is to work with people to save people. Her message to women coming after her? “Young girls, do not limit yourselves. Put in the work. Get the job done. Take up space!”