Makhanda-born rugby player off to Ireland 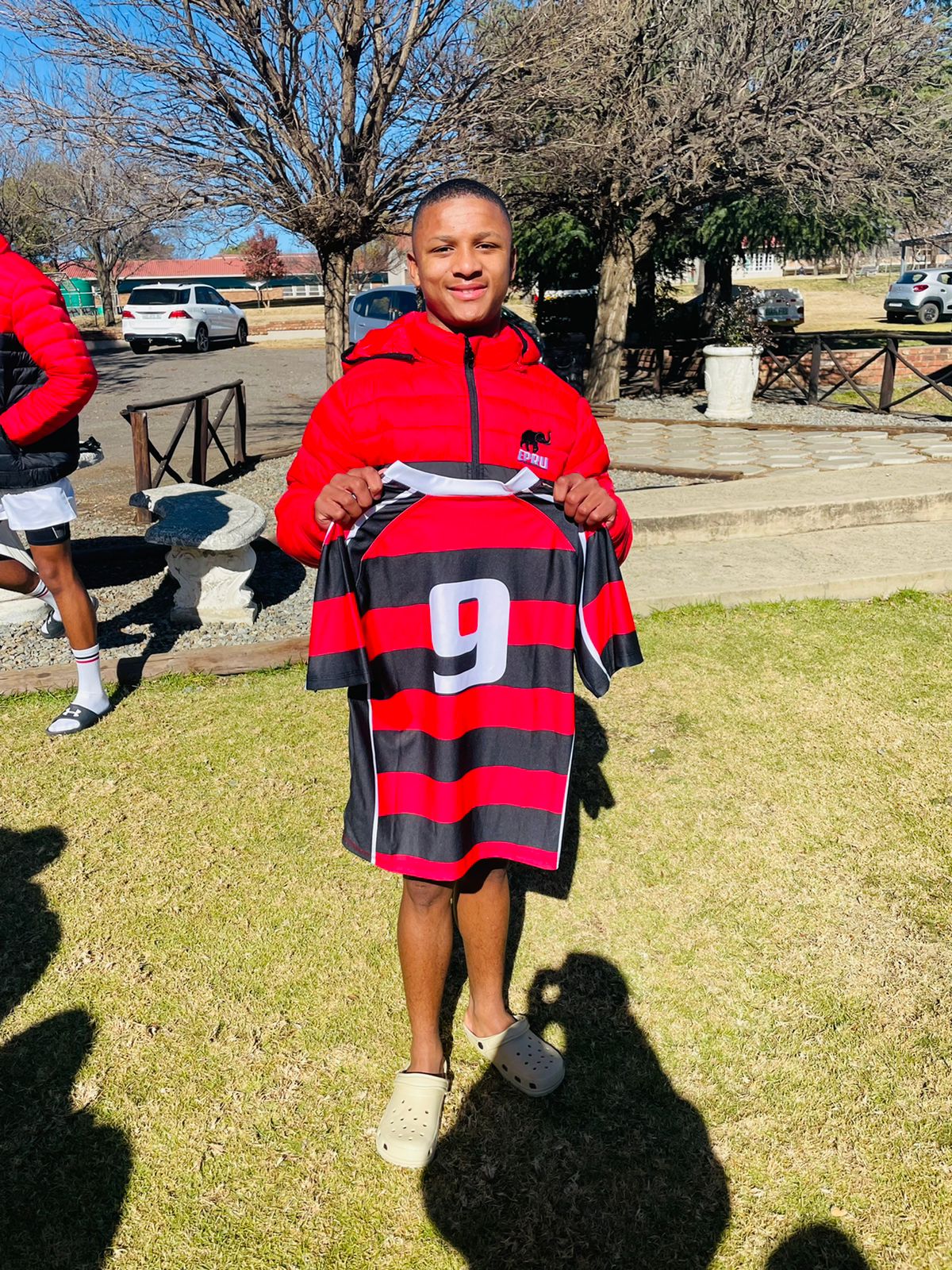 Denilo Jordaan with his EP U16 number 9 jersey.

It’s a dream come true for Makhanda-born rugby player Denilo Jordaan. But it will cost him a whopping R40 000.

The 15-year-old was recently selected for the VKB Invitational Rugby Side to tour Ireland from 7-16 December. His inclusion was based on his incredible performance in the U16 VKB Rugby Week in Free State in late June.

Jordaan represented EP U16 at the tournament and was one of the standout players for EP. The multi-talented and skillful scrumhalf already made his mark in their first fixture against Leopards, where he earned the Man of the Match Award.

After that, his performances continued to catch the eye of the selectors, and he never looked back. Jordaan played and started in all the games and was EP’s playmaker during the tournament.

The tour will expose the participants to Ireland’s proud rugby nation and opportunities for the future. The tour will also serve as an incentive to those with ambitions of future success and a reward to those who achieve it.

Denilo was born in Makhanda, attending St Mary’s Primary School until Grade 5. He moved to Port Alfred and went to live with his father, Alvin Marney, whilst attending Port Alfred High School. Alvin is one of Denilo’s most prominent supporters and regularly attends his son’s rugby matches. “I always travel with him, whether home or away games, to motivate and encourage him. I am ecstatic and proud of him for making the EP team and his inclusion in the side that will tour Ireland. I have no words to describe how I feel,” he said.

Jordaan started playing sports from a young age and is a natural sportsman. He stood out from the grassroots level amongst his friends playing barefoot in the dusty streets of Grahamstown.

“Denilo is mad about his sport and debuted for the first XV rugby and first XI cricket team for Port Alfred High at14. He is a very dedicated, committed and hardworking player and will always go the extra mile,” his father said.

Jordaan is a highly respectful young sportsman with impeccable manners. He is an Altar Boy for the Port Alfred Catholic Church and lives under strict Christian principles. “Denilo is a pleasure to have as my son. He is a very quiet and respectful young boy. He will do things independently in the house and the yard without us asking him.”

Denilo is very excited about his inclusion in the team. “I played my heart out during the tournament and until the last game and gave my best to be where I am. I was the Man of the Match in the first game and outplayed all the scrum-halves to be selected at the end of the tournament for the VKB team. I am very proud of myself for achieving my dream and will continue working very hard,” he said.

His role model is Springbok Faf De Klerk, and his dream is to play at Loftus Versveld and wear the Springbok jersey one day. The young scrumhalf is training four times a week and working very hard to improve his game.

When asked what advice he had for his son, Marney pointed to “temptations” like alcohol and drugs. “Young people should avoid negative people and the wrong friendship circle. I know what talent he has; he must work harder to improve it. Denilo must always respect his coaches, teachers and his peers. He should always remember that he should never be bigger than the game and remain humble,” he said.

Marney said it was challenging for him and his family to raise the R40k needed for Denilo’s trip.

The family plans fundraisers and will work hard to make their son’s dream come true.

Marney pleaded to the community and businesses for sponsorships or donations. He can be contacted on 0760163780.