Review of 'Isidlamlile', which had its last showing on the last day of the NAF 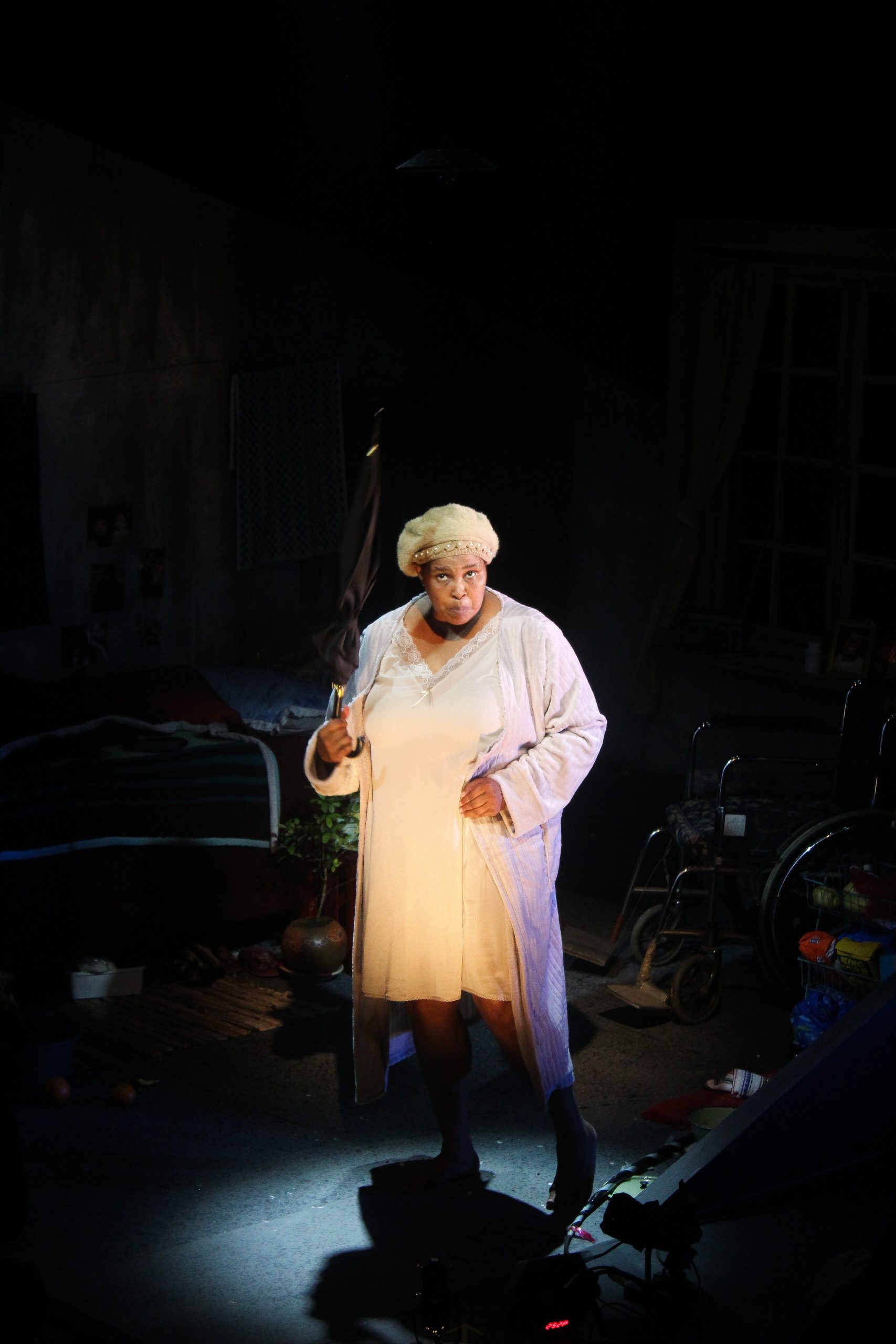 A scene from 'Isidlamlilo' (The Fire Eater). Photo: Luchwayito Vena

God! We are a broken country.

After so much violence, so much hope. Truth and reconciliation; such a swaying, rickety, patched bridge that well over half of us have fallen through its cracks into the chasm of poverty and its attendant daily and inter-generational traumas.

Yes, statistics show that 60% of South Africans live below the poverty line. We can sit and debate that line, whether it is high enough or low enough, but the facts are in front of our eyes. Stand at Makhanda’s Drostdy Arch and lift them; see the apartheid-era yellow arc lights casting their dusty gloom over what is, in terms of majority, this city’s population. Take a drive towards the east in the black black night of Eskom’s failure and listen to the incessant cacophony, the literal dogs of poverty barking and howling into the night. This is South Africa.

It is easy to get caught in the middle-class bubble, should you be so lucky. Easy to drive past the rake-thin beggar, the villages of homeless clustered in the city’s abandoned lees, to ignore the humanity behind the outstretched hand. Easy to pretend things aren’t so bad, that opportunities exist for the downtrodden, the residents of informal settlements and crumbling RDPs. Particularly if you live in Cape Town, where the indignity of poverty is out there, and load shedding is always one or two stages lower than the rest of the country.

Isidlamlilo shatters that bubble, bringing us face-to-face with reality.

Yet Isidlamlilo is not about poverty or the malicious political vandalism stripping the country bare and stealing hope. It is not about greedy, fat, arrogant, shameless politicians and their malignant business buddies glad-handing each other as they stuff their back pockets and swell their bank accounts with our stolen future. Not directly, at least.

Yet these things are brought to mind through the story of one woman who lived through the blood and fire of KwaZulu-Natal in the early ‘90s. A woman who killed for a cause, who killed because of circumstance, who was a political pawn in a senseless battle that achieved nothing but death and suffering. Suffering that, for many of those who survived, never ceased despite the promises of a new dispensation.

In the relief of 1994, we conveniently forgot that the blood in KwaZulu-Natal and Gauteng’s east rand had not yet dried. At that time, even the daily newspapers couldn’t keep up with the onslaught of violence. And it is here that we meet Zenzile Maseko, the fire-eater. An IFP assassin, now a grandmother partially disabled and declared dead by Home Affairs’ decrepit system operated by uncaring petty civil servants with painted nails.

In a room in a women’s hostel in Umlazi, Durban, she appeals to God. We are spellbound witnesses to her unflinching testimony. Within the realism of the set designed by Greg King, she shares her dreams, regrets, guilt, and battle with a state bureaucracy crippled by corruption; the risks she took and sacrifices she made come to nought.

Mpume Mthombeni as Zenzile Maseko aka Isidlamlilo rings every note true. From her first word until the last, there is no doubt: she is the real thing. This includes the lack of bitterness despite the betrayals wrought upon her — a humbling realisation to those of us apt to complain at every turn.

With masterful lighting and sound by Tina le Roux and Tristan Horton recreating the lightning, thunder, day, night and the surreality of Kafkaesque civil so-called services, we are reeled in, transfixed by Mthombeni as she shifts, sometimes gently, sometimes abruptly but always in tune, between the fierce warrior and the now Bible-quoting grandmother longing to return to the house she’s building in her childhood village, Paradys.

Neil Coppen’s meticulous directing allows this play to move beyond realism and saunter in and out of the surreal without losing any sense of narrative thread. Much of this is thanks to the inspired interplay between text and elements of the set’s seemingly prosaic functionality. Oranges are more than oranges, a dress more than a dress.

Woven together from true stories and testimonials gathered by the Empatheatre company, with a near-flawless presentation and delivery, Isidlamlilo expands our horizons so often cramped by fears, real and imagined, and imparts some of the courage the dispossessed have to daily gather to continue to live.

This is fantastic theatre.