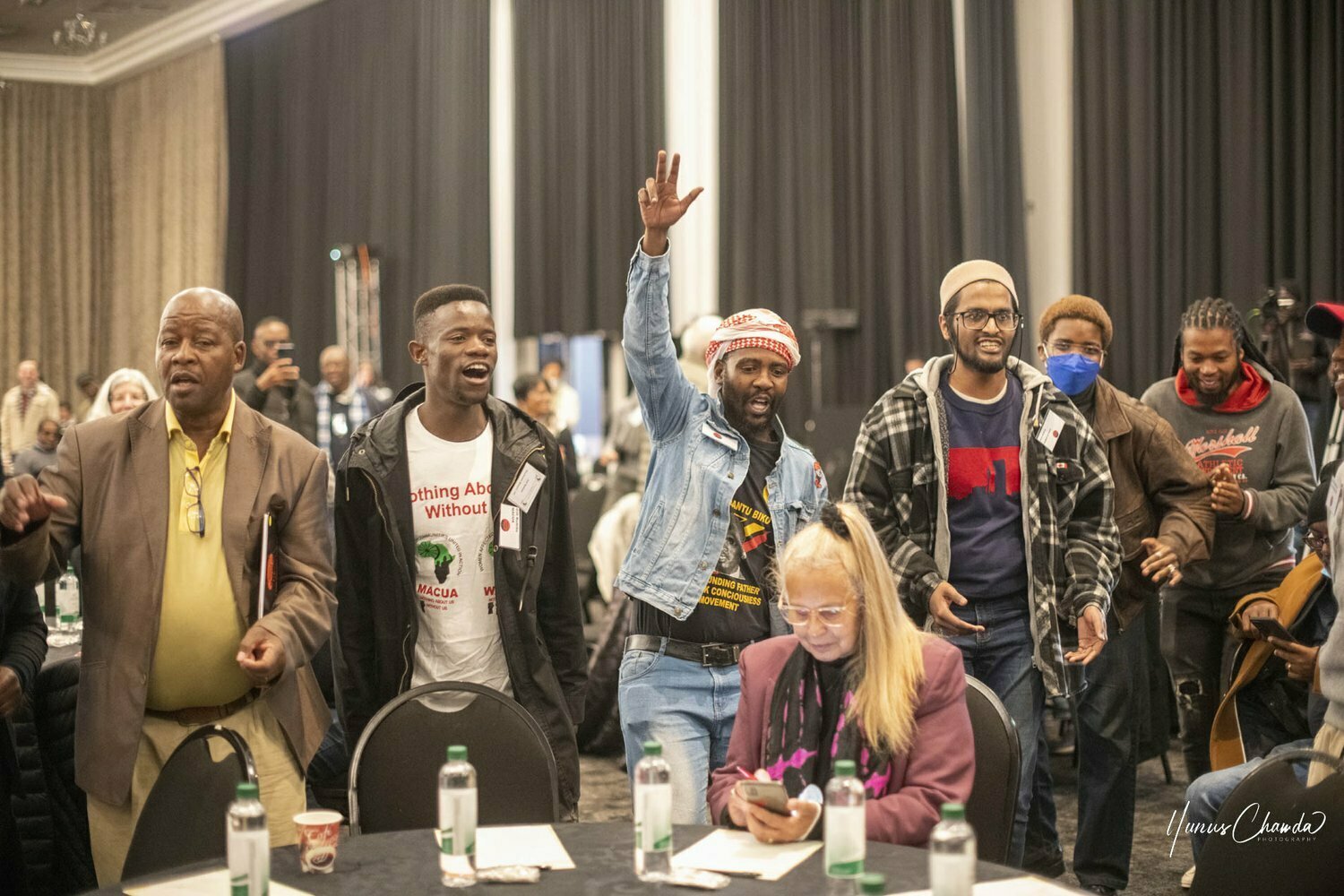 Over 300 people met at the Birchwood conference centre on the weekend to declare their support for South Africa’s constitutional democracy. Photo: Yunus Chawda

Over 100 organisations and over 300 people met at Ekurhuleni weekend to discuss the erosion of constitutional rights.

“The Constitution … is under direct threat due to the … nefarious activities of corrupt forces in our society that are opposed to democratic rule, the rule of law and constitutionalism,” reads the conference declaration.

“We need new and innovative ways of thinking about politics, mobilising and organising to re-ignite people’s power,” it says. “Our point of departure should be based on clear constitutional principles, economic inclusion, values of solidarity, social and climate justice, ethical behaviour, respect, collaboration, and transparency, which must advance participatory democracy and unity.”

The meeting was led by Defend Our Democracy, an organisation founded in March 2021. It aims to eradicate state capture, corruption and looting in the public and private sector, speak up against unfounded attacks on the judiciary, demand accountability, deepen participatory democracy to achieve socio-economic justice and support campaigns of organisations that call for democratic rights.

Duduetsang Mmeti, a spokesperson for Defend Our Democracy, said the organisation is bringing together “all sectors of society” to bring attention to threats to democracy.

Reverend Frank Chikane, who was involved in the organisation’s formation, addressed the delegates at the conference’s opening. He called on them to “envision a new political reality driven by an active citizenry” to renew constitutional democracy. “We meet here as a troubled nation, subjected to a nightmare by corrupt, corrupted, and compromised political leaders, greedy and rotten business, and the criminal underworld that has become part of this toxic mix.”

Chikane said that corrupt and inept leaders “have become a criminal gang that kill those who stand in their way, including whistle-blowers and potential witnesses. They are prepared to bankrupt the country and even destroy its democratic pillars to protect themselves. They want to impose leaders on us to enable them to continue their treacherous activities against the people of South Africa”.

In a keynote address, Mcebisi Jonas stressed four ways democracy can backslide. The first is when those in power undermine democratic institutions. The second is when governing parties reject the legitimacy of opposition parties. The third is the global economic and climate crisis characterised by extreme inequality. The fourth is the curtailment of democracy, for example, by undermining elections.

Harber added that the conference was a “very broad church” and “the point is that we all share a concern about our Constitution and democracy. I am hopeful that we can build a strong voice together.”

“Their silence is deafening when we are killed. When it suits them, we must now be on board. We are part of [the conference]because we want to defend democracy,” Mohapi said. “People must speak when Abahlali are killed. Democracy is under threat when people in shacks are killed, and services on the ground are not provided.”

Mmeti said there are a lot of issues that the organisations need to reach a consensus on to solidify a plan of action. But for now, the conference was a clarion call to protect democracy and the Constitution.