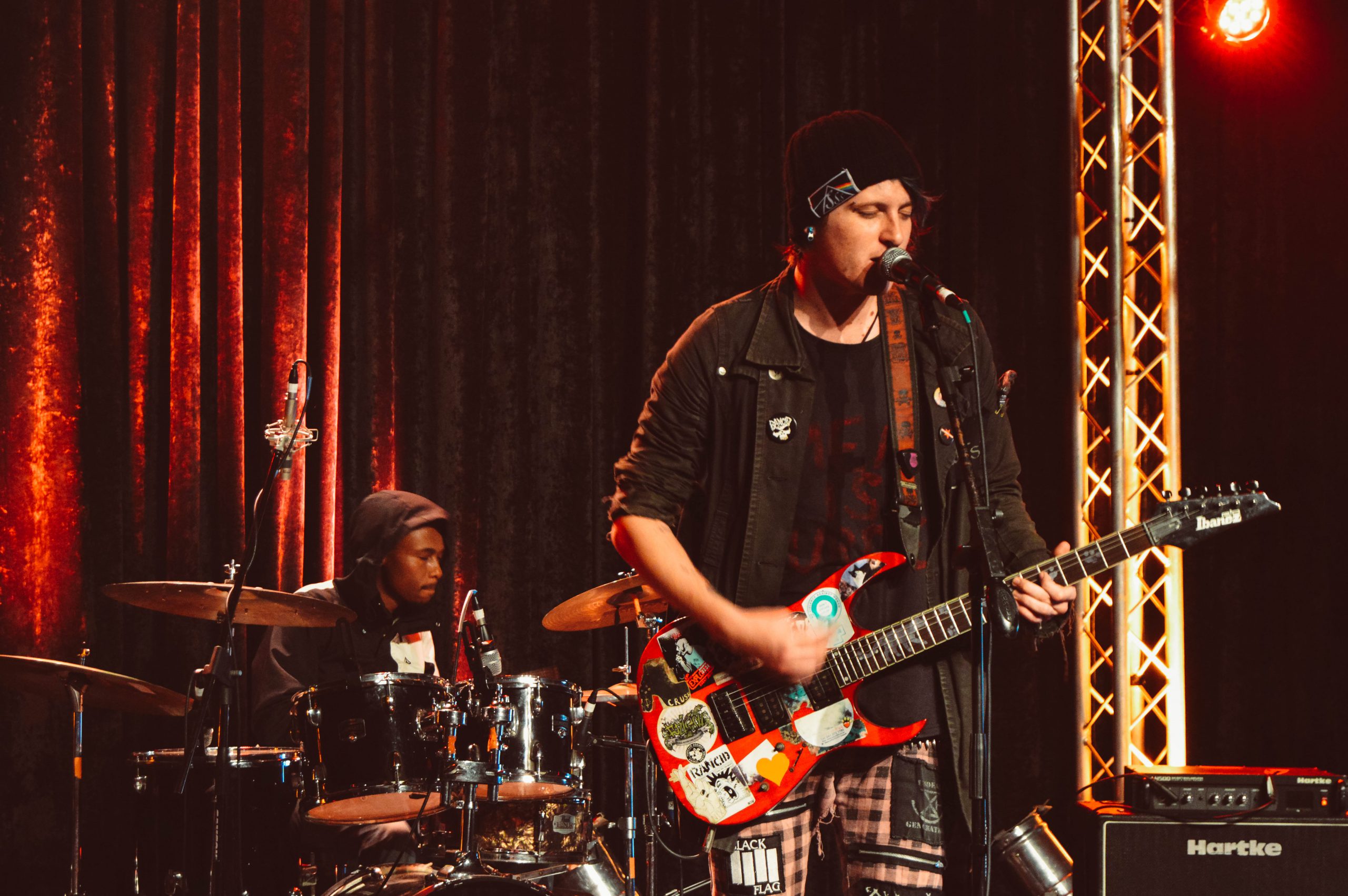 Undead Generation is a punk fusion band from Gqeberha who, like a band of family members, fuse their inter-generational musical influences from the genres of punk, jazz, and rock. After countless line-up and membership changes, the band has become more of a shape-shifting musical collective, welcoming friends to join their musical family.

Comprised of two guitarists, a saxophonist, a drummer, and guest vocalists, the Undead Generation has become known locally for rocking the stages at Champs Bar and Slipstream Sports Bar over the past decade. In addition to their Makhanda-based fame, they have shared the stage with international acts such as Comeback Kid (Canada), Ashes (Belgium), Vuvuvultures (UK), as well as many national acts such as Straatligkinders and Truth And Its Burden.

Fronted by a multi-instrumentalist and presenter at Mann Made Radio, Roscoe Nefdt, Undead Generation took to the stage at Thomas Pringle this week in skinny jeans and combat boots. With singalongs, originals, and covers from the likes of The Ramones to David Guetta, as well as memes and a love song devoted to beer somewhere in between, Undead Generation is a must-see for the entire eclectic fam.