The patriarchy lives on 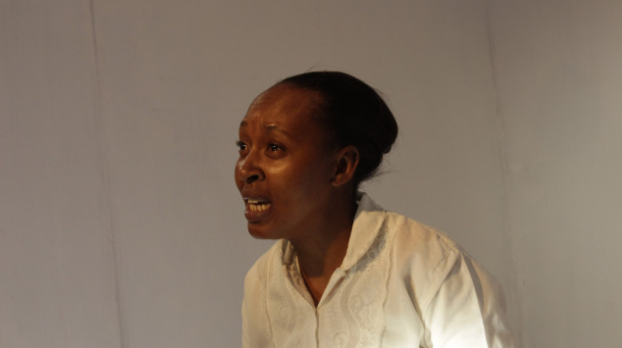 The silence is heavy as a woman from the front row hides behind the bleachers to conceal her tears from nosy festinos. She re-emerges just in time to meet Sibongile Ncanekile Nsibande, who delivered a powerful performance tackling the realities of childbirth in South African hospitals and the psychological battles we face daily.

Ward 13 is a thought-provoking work written and directed by Koketjo Tesh waga Mashedi, which takes us on a journey through the trials and tribulations of going through labour in an unwelcoming environment. The National Arts Festival program says that the play is about a couple struggling with the disconnection of being Present. It speaks to the loneliness that comes from psychologically suffering alone and the idea that women should be careful about who they share their time with.

The one-woman show deals with the realities of patriarchal family dynamics, emotionally stunted men, mental health insensitive nurses, and self-important doctors. It also deals with how the risk of domestic violence increases during the vulnerable pregnancy period in a society already rife with gender-based violence.

Despite its serious subject matter, the work is presented and narrated with care, without romanticising the trauma many women experience during child labour. The show uses cleverly timed lighting and props to indicate emotional developments.

Mashedi and Nsibande break the silence and morbidity with some humour, reflecting on our abnormal psychological battles within our realities. The play comments on serious issues related to women’s rights and freedoms, which is all the more urgent in light of global developments such as Roe v Wade being overturned in the US. Zoning into our local reality, the show sheds light on how women experience domestic hardship and the subtle oppression that pervades their private lives, including their homes, relationships, families, and even pregnancies.