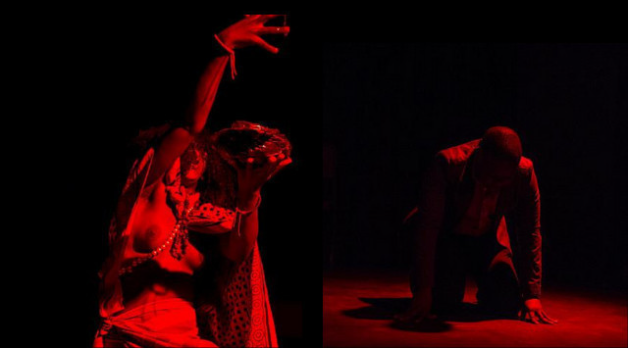 Greed can kill. When pushed against a corner, the power-hungry are driven to extreme measures to keep that power. Witness intra-ANC assassinations. Corruption has saturated South African politics. Greedy politicians lurk in every corner.

The Ward Councilor, directed by Nefale Pfano, takes audiences on a journey into the events leading to the death of politician John Phakhathi, commenting on how politicians abandon the people they are meant to serve and reflecting on the ongoing murderous violence between those contesting positions of power.

Some moments depict violent acts, hence the 16-age restriction, but comedic relief comes to strike a balance and lighten our load. There is excellent use of the stage, and each prop has its purpose, with settings shifting as the characters move between places such as the tavern and the church.

However, in the same way, dark magic failed to work for John Phakhathi; stripped of lighting’s voodoo, the production did not succeed in casting its spell. It was hard to become immersed in the characters. Instead of walking with John as his greed consumes him, we watch actors act; we are not fully immersed in the characters. Nonetheless, the energy is high, and the passion and commitment contagious.

The plot has a powerful message but could be taken to greater heights. Despite its faults and the lack of electrical magic, the production feels too short. We wanted to explore further John’s desperation and greed and how the measures he takes backfire. We want his death to have meaning. Perhaps that’s the point; there is none.

The last two shows of The Ward Councilor are at 6 pm on Saturday and noon on Sunday, respectively.

Previous ArticleRob’s still standing, looking like a true survivor
Next Article The Ovation Awards are a standing tradition