At play in the realm of political assassinations 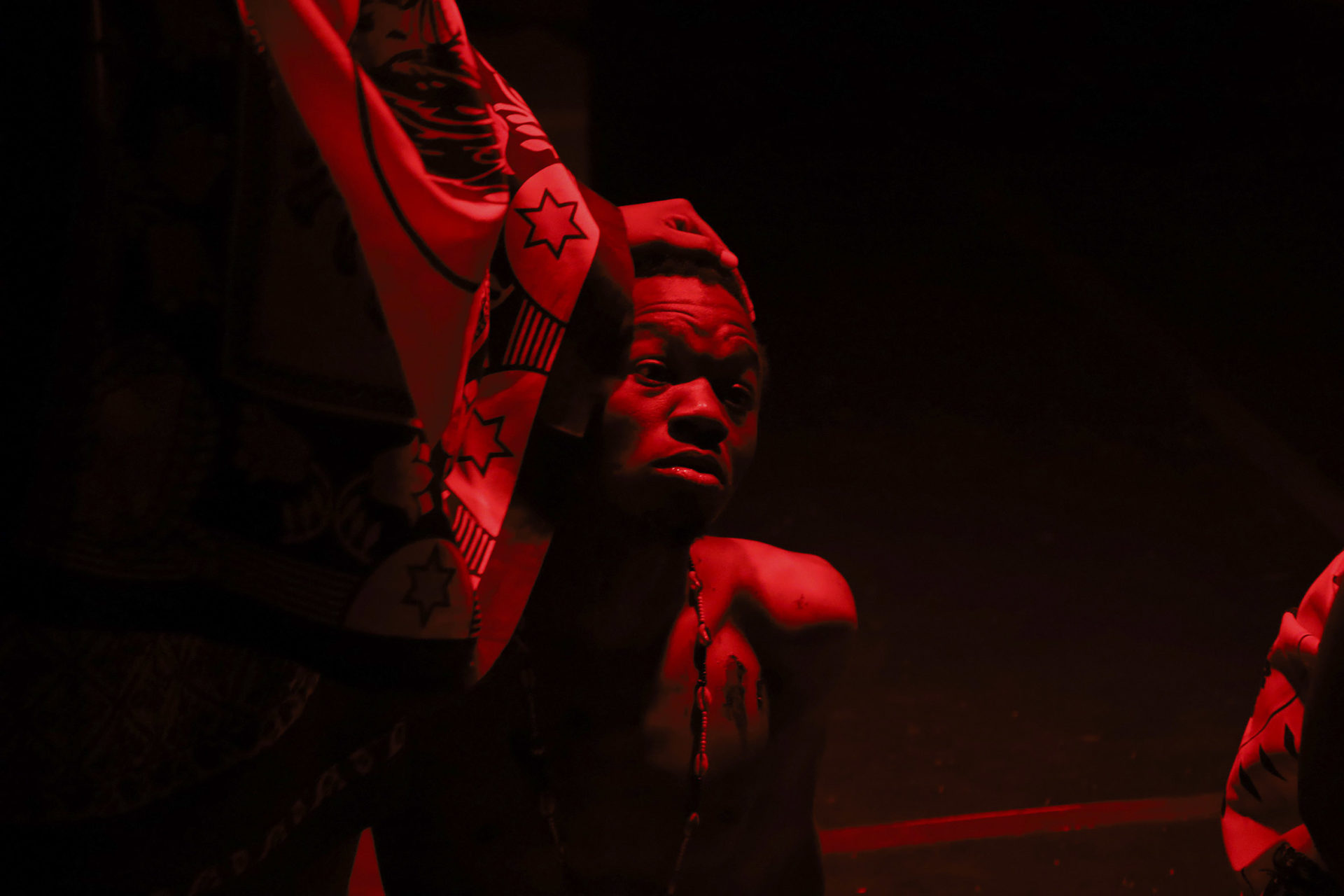 A drama from Limpopo tackles the disturbing reality of politicians killing each other for positions. It is a cry from young South Africans for this deplorable situation to change, writes ANNA MAJAVU for New Frame.

The Ward Councillor, a drama with the last NAF performance on 2 July, bears witness to the disturbing occurrence of political assassinations.

Abahlali baseMjondolo members have implicated ANC leaders in the killing of 23 activists from the shack dwellers’ movement, and an increasing number of LGBTQIA+, environmental and anti-corruption activists have been gunned down in recent years.

The Ward Councillor is set in Limpopo ahead of the local government elections. The lead character, politician John Phakathi, is described as an incompetent do-nothing, who frantically summons prominent people to the tavern he owns, plying them with alcohol and pleading for their support in the elections.

Phakathi’s employees, Pontjo and Shebert, spend their time discussing allegations of corruption against their boss while they clean, imagining a life where they “make it out of the township” and can drink expensive whiskey every day. While the ANC is not mentioned by name in the play, scenes in which Pontjo and Shebert contemplate leaving their political home to join the EFF make it clear that the ruling party is intended.

In the tavern, Phakathi tells a priest, Pastor Ngobeni, that “things are not going very well”. “I want you to just add a few nyana (small) words on Sunday about the greatness of John Phakathi and convince them to back me in the upcoming local government elections”, he says to the cleric.

Ngobeni protests against being brought to the “filthy place”, telling Phakathi that power has consumed his innocent soul. But he later convenes a congregation meeting to announce his backing for Phakathi’s former “mentor”, military veteran General Stanley Nkabinde, who has plotted to replace Phakathi as their party’s ward councillor candidate.

“Things are falling apart!” Phakathi yells before beating up Shebert and instructing him to kidnap and kill a virgin so that Phakathi can give her body parts to sorceress Dubulamanzi to prepare a remedy that will enable him to cling on to political power. Abandoning all human decency, Phakathi takes the remedy and announces that he is submitting himself to “the kingdom of darkness”. But a few days later, he is shot three times by an unknown assailant after a party meeting and dies, his desperate attempts to retain his position in vain.

The cost of politics

Thohoyandou-based Promise Nyalungu, who plays the lead role of Phakathi, wrote the play six years ago when he was just 22. “I was reading stories about politicians taking each other out. I started seeing it happen around me, and I realised there was a problem,” says Nyalungu.

“The play focuses on real-life situations where we find political killings carried out because of greed and the fight for power,” adds the play’s director, Nefale Pfano, 24. “We see politicians fighting for positions – people desperate to lead.”

Nyalungu set up a non-profit organisation, Struu Artzz Africa, in 2015 to establish a network of rural and township creatives and activists. The eight actors in The Ward Councillor were all cast from different parts of Limpopo through Struu Artzz’s incubator. The provincial Department of Sport, Arts and Culture has sponsored the play’s appearance at the festival.

Writing and putting on a play about political assassinations is a political act, but it is not as dangerous as becoming active in a party, Nyalungu says. “We young people, we art activists, can step into the political realm and lead young people, but we are scared because the minute you start speaking sense, you disappear. We have seen many leaders of the ANC Youth League – one minute they were in a meeting objecting, the next minute they were in a coffin.”

Nyalungu says his intention with the play is to stimulate discussion among the youth about the corrosion of ethical behaviour in politics as a first step towards finding solutions to the rot in mainstream party politics. “We young people need to step up and save the country, especially because the minute people find power, they don’t do anything. All they want the power for is money, to live in fancy houses, and to have fancy cars. And we just wish for a point where young people can come together and talk about what is happening around us.”

The Ward Councillor represents a worst-case scenario in politics in which internal democracy in political parties is replaced by the unilateral decisions of a tiny predatory party elite that handpick only those party leaders who will allow them to fill their pockets with public funds.

The play sounds a word of caution that this behaviour seems to be on the increase. “Even young people in political parties have started using this way of taking each other out to get into politics. They rub shoulders with those in power with the hope that their chance to eat will come. This doesn’t sit well with us,” says Nyalungu.