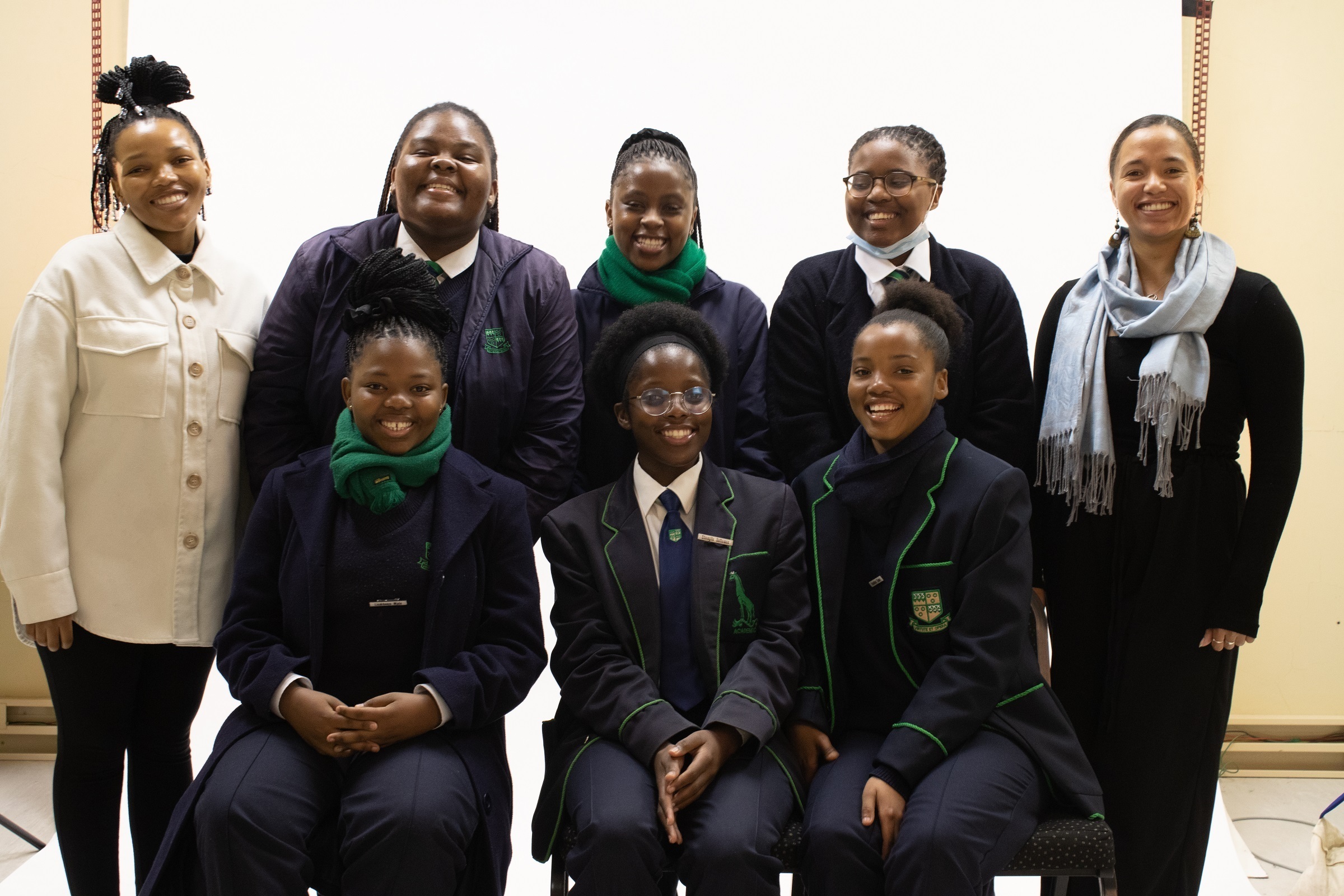 A group of six high school learners are learning the reporting ropes at this year’s festival. In an innovative collaboration with Rhodes School of Journalism and Media Studies and Cue, the Victoria Girls’ (VG) High learners have been involved in a pilot project, providing news from the National Schools Festival, running concurrently with the National Arts Festival.

The project is inspired by Upstart, a community outreach programme previously run by Rhodes journalism. The new program is spearheaded by lecturer Gillian Rennie, who says she was “impressed by their commitment, energy and smartness”.

Rennie says her exposure to the initial trainees prompted the idea for this year’s project, called VG Cue, which introduces the high school pupils to arts journalism and is “growing the next generation of journalists”.

The programme is sponsored by Rhodes University Community Engagement and focuses primarily on exposing young people to careers in the arts before they start at university, says programme head Samantha Carolus. The participating pupils are “hoping to pursue a career in journalism in the arts. What we’re be doing over the 11 days is to expose them to all the wonderful and not-so-wonderful things about being a journalist,” Carolus.

“We’re teaching them everything we wish we knew before we were in our first year,” she said.

Participating VG pupil Sbongile Bottoman, who is in matric, says she signed up for the programme because she really enjoys writing and is thinking of studying journalism at university.

The VG Cue program has introduced her to journalism outside of hard news, she says.

“I’m really into the arts, and when I heard that we’re going to do arts journalism, it piqued my interest. I was really interested because I also do the dramatic arts at school. So, I thought, ‘Wouldn’t it be great to cover art, something I’m really interested in and passionate about’.” Bottoman says she expects to learn a lot about journalism if the orientation they’ve experienced is any indication.

“It was a lot of information, but very exciting.”

“It’s an experience, all sorts of things.  And I’m still in Grade 9, so this will help me with my subject choice,” said Simani.

Previous ArticleArtists in residence reflect their Makhanda life
Next Article Facing the beast of rape, femicide and child murder