Facing the beast of rape, femicide and child murder 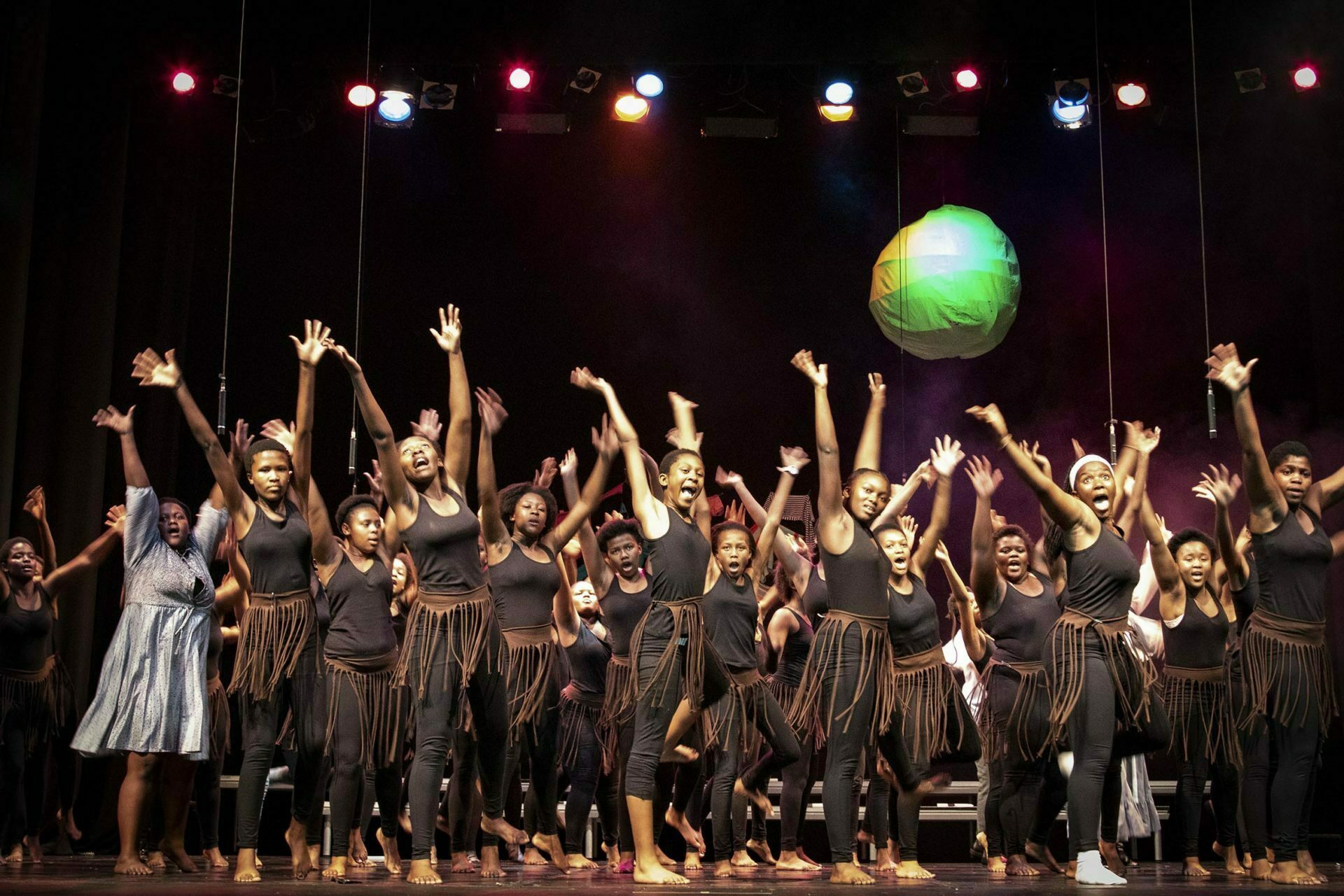 'Bhuti is the Beast', performed by 40 high school learners from Walmer Township in Gqeberha is one of eight plays at this year’s National Arts Festival to expound upon high levels of gender-based violence at universities and in working class communities.

The Fringe of the National Arts Festival is often where social ills and the many brutalities of life that working-class and impoverished people are forced to endure are reflected on stage.

This year, eight live performances on the fringe programme are centred on gender-based violence (GBV) themes. Produced mainly by grassroots collectives, these performances are rooted in real-life experiences of femicide, attacks on women and the most vulnerable in our society, and the effects of child abuse on men’s expression of patriarchy.

Xa Bekutheni? was devised by the University of Fort Hare’s drama society following the brutal killing and dismemberment in August 2021 of final-year law student Nosicelo Mtebeni, whose boyfriend, Alutha Pasile, was sentenced to 25 years in prison in December 2021.

Xa Bekutheni’s writer and director is Yanga Mabetshe, 30, a first-year social science student at the university. Mabetshe explains that after Mtebeni’s death, Fort Hare created a new GBV policy. The play was devised as a contribution to this to extend awareness, heal the student body and create a story rooted in “a real-life trauma of GBV that we have experienced”.

The drama society often collaborates with the university’s GBV office. It has created several short plays on femicide and women and child abuse that have been performed to students on campus since March.

After the festival, the society will take the play to Mtebeni’s home town near Mthatha and plans to perform it in as many high schools and community centres as possible.

Like Xa Bekutheni?, the musical Bhuti is the Beast is drawn from experience. Writer and director Xabiso Zweni was galvanised into writing it after Sonwabisi Sonia Payi, 7, was raped and murdered on her way to a shop in New Brighton, Gqeberha, in 2016.

Zweni, the artistic director at Nelson Mandela Bay Theatre Complex, wrote the musical in 2019, but it played only once before Covid-19 put it on hold until this year’s festival.

The performance features a cast of 40 grade eight to 11 learners from schools in Walmer township, Gqeberha, where the play is set. The musical tells the story of two girls who go missing. It is a crushingly familiar tale featuring distraught parents whom police fob off when they ask for a search party. They receive support only from their neighbours.

The angry community gathers, demanding action from their ward councillor, who arrives late for the meeting dressed in a glittering sequined suit, symbolising the contempt many ruling party councillors have for their constituents.

The councillor immediately silences the waiting crowd and launches into well-worn excuses for his party’s failure to deliver promised houses before an aide quietly reminds him that the topic of the meeting is not housing delivery but missing children.

Forced to take matters into their own hands, the community fails to realise that the kidnapper is the cousin of one of the missing girls and instead picks on a strange-looking male loner from the community – the beast – crucifying him.

“The beast also symbolises every other guy that stays within a community but does not do anything about the femicide or the children getting lost and killed. We always look outward, but we do not look inside to ask: am I the beast? Am I the perpetrator? How can I help and make things better? It is those close to us who abuse and rape,” says Zweni.

The cast of learners all work with the non-governmental organisation Masifunde Learner Development, which teaches drama, music and dance in Walmer. There they “find solace in a space where they can play and learn,” says Zweni.

The young players will soon begin working on a heartbreaking new musical production. Bele and the Flying Dragon is being devised in tribute to a fellow learner, Bele Mputhi, who was shot dead by gangsters in the area three weeks ago.

Elsewhere on the festival’s fringe Emsini, Fatal Attraction, Punching Bag and Empini Yamalungelo all deal with themes that have become increasingly common in society: jealous lovers who turn physically abusive, the long path to recovery for survivors and the ongoing discussion about how to prevent gendered violence by educating boy children against it from an early age. Linked to this, Joseph Joy-Panie Moloko’s Ends With Tears delves into the lives of respected adult men hiding abuse they experienced as children and consequently unable to have warm and affectionate relationships with their wives.

The shows that have already been performed have been well received, with audiences breaking into spontaneous struggle songs once the curtain falls, with the cast enthusiastically joining in. With this kind of work, the festival’s Fringe again proves its value as a space where theatre can reflect on and critique the present and figure out ways to heal our communities.