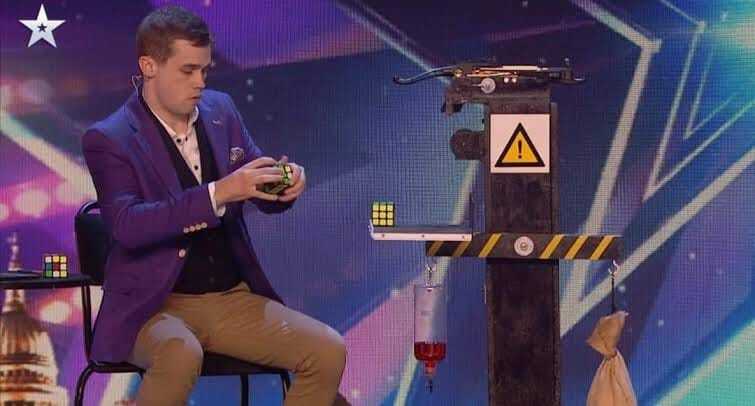 Brendon Peel on 'Britain's Got Talent'.

Art can be expressed in various ways, and magic tricks tend to be one of its more popular forms. Illusionist Brendon Peel mesmerizes his audience with a one-hour show of mind-blowing tricks called Impossible. Styled in pointed shoes and a red waistcoat, Peel maintains the image of a miracle-maker.

With people camping on the stairway, extra seats shoved onto the stage and others lurking in during the show, Masonic Hall has been jam-packed for Peel’s performances. “It’s a full house; we are lucky we got tickets”, one man thought aloud with relief. It’s not every day that you get to see someone solve a Rubik’s cube without touching it.

Confidently believing that he can get into people’s minds and repeatedly assuring us that his tricks are not staged, Peel identifies his tricks as “mentalism” rather than just ordinary magic. Before starting his mental wizardry, Peel opens up about his journey, from his humble beginnings as a regular magician at a Spur restaurant in his hometown to the global stage of Britain’s Got Talent. Peel knows exactly what he is doing.

After staring straight into the eyes of his participants while playing some ‘mentally stimulating music’, an old lady is told to think of a number, and Peel appears to read her mind. I am already mind-boggled. From predicting the combination of a Rubik’s cube with 43 quintillion possible configurations to anticipating the song choices of strangers, Peel wows his audience act after act. “I want everyone to see the numbers, even the ones with the cheap seats in the back,” Peel says cheekily, ensuring that no one is left behind.

A minor technical glitch with the lighting occurred during the show, and the overcrowdedness was a bit uncomfortable. But overall, Peel’ssperformance was astounding. Make sure to catch him on 29 June and 1 July at the Masonic Front. You will not regret it!