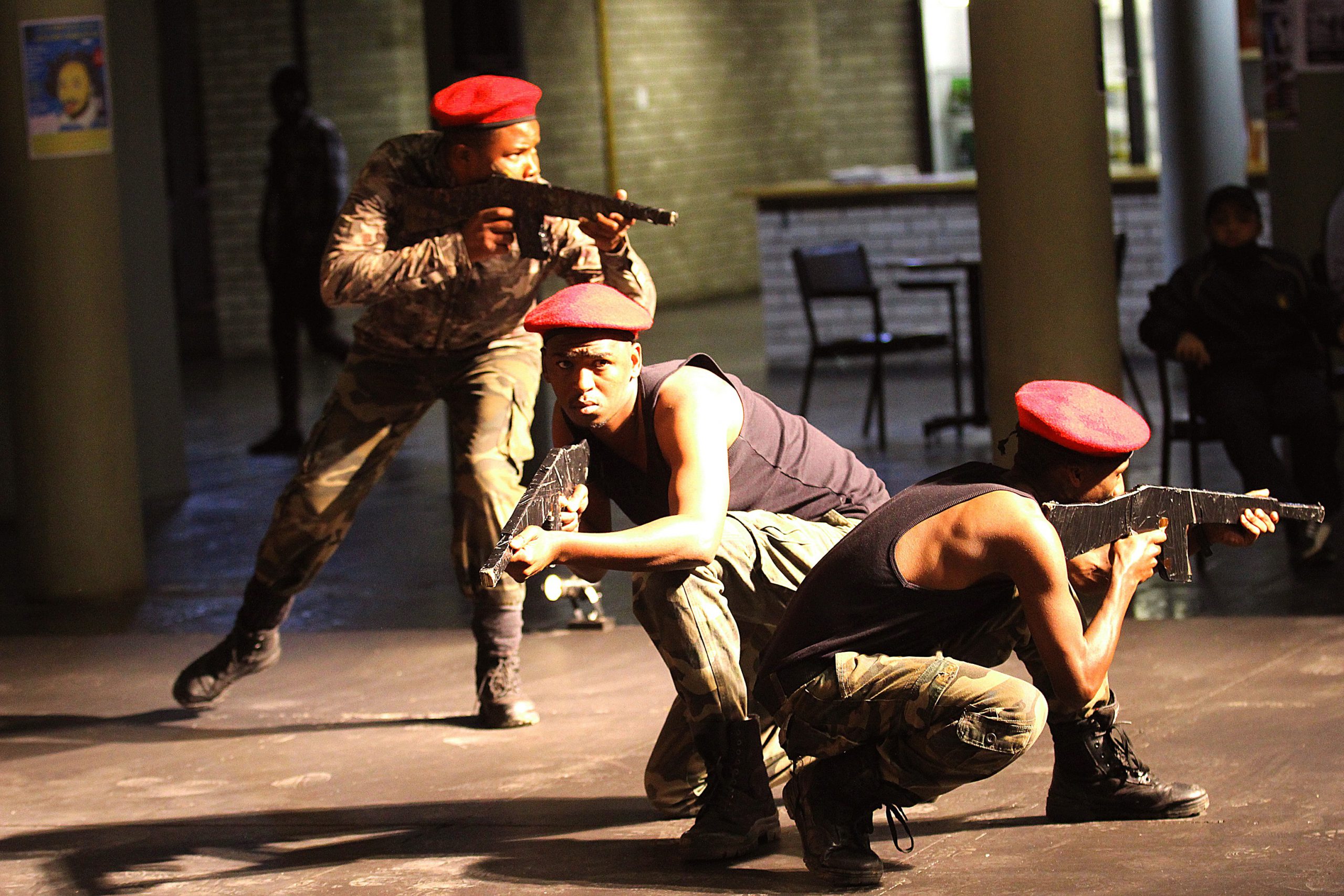 'The Gukurahundi Genocide' tells a story about the massacres that took place in Zimbabwe in the early eighties. The full extent of the tragic massacres still remains to be uncovered, but former president Robert Mugabe is believed to have instigated an ethnic cleaning spree against the Ndebele minority. Photo and caption: Steven Lang

The sangoma cries as she remembers the fallen, the victims of the wars happening in South Africa and Zimbabwe in 1982. She illuminates the dead by candlelight as her daughter, bathed in blue light, calls out to the fallen.

“The storm is coming,” warn the survivors of liberation struggles, but as they go to sit down, the soldiers around them begin laughing, and one survivor’s mind crumbles.

The Gukurahundi Genocide (TGG) is a hard-hitting theatrical performance dealing with the realities of war. It looks at major events and key figures that have contributed to the abuse and neglect of the Southern African people.

TGG follows the horrors of conflict and genocide without sacrificing character depth. Each role is complex and has its own story to tell. The victims aren’t simply victims; they’re daughters, fathers, sisters, mothers, activists and humans. The soldiers are sadistic, but they’re also fathers and disappointed civilians. They’re scared men who’ve been forced into war.

Disturbing scenes of violence, murder and torture had me peeking out from behind my hands but unable to tear my eyes away. Themes of power, greed, and tribalism are addressed through the imagery of political alliance formation and denigration.

The performance has a central message: war has never had a heroic ending. It leaves behind a people filled with hatred. TGG reminds us of a version of South African history in which identities collide. The nine-member play flows alongside live music that sent shivers down my spine. Renditions of mourners’ songs and war cries fed the story and helped develop depth. The performance had the crowd erupting from their seats to applaud the actors as they braved scenes that left me in tears.