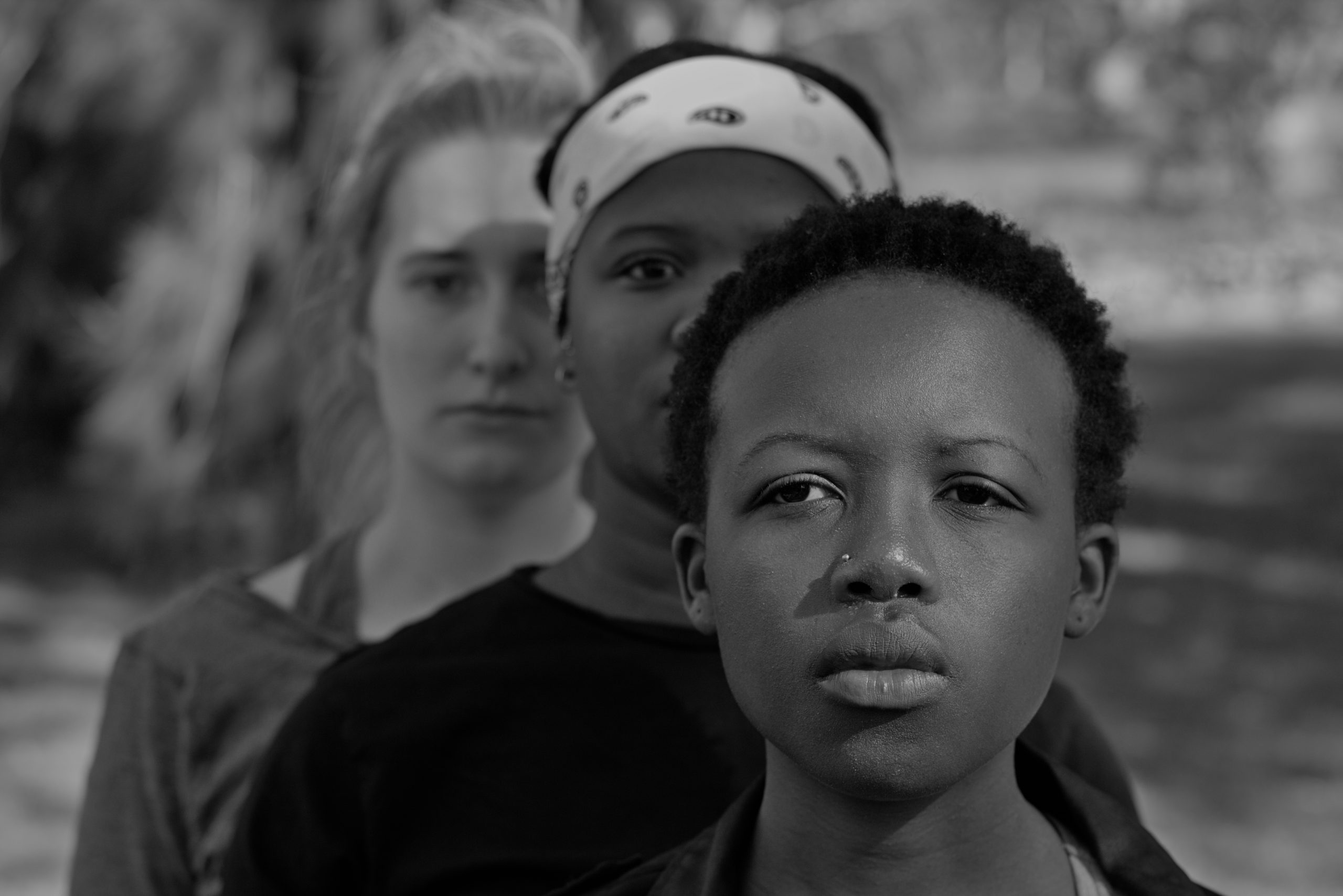 “It won’t collapse, right? … I can see my life flashing before my eyes,” two audience members commented jeeringly on the seating as they filed into St Andrew’s Hall. Don’t fret. The seating is perfectly safe, but be sure to brace yourself for the flood of madness and emotion that comes from What do you think the birds are doing?, the first act of the double bill Matchbox.

Seated, you can see the setup of the set made from corrugated iron, plastic, and beer crates. In the middle of the shack-like stage is a door strewn with safety tape where a bright light shines from beyond, creating a portal to the world outside the play.

Set in an apocalyptic end-of-the-world backdrop, the first act is predominantly humorous and cleverly written with more serious themes of freedom, madness, fear and constraints, and the treatment of those around you and the larger world. It places us in a not-so-hard-to-envision future.

Cailyb Prinsloo’s brilliant mind is reflected in her writing. Her humour is dark, witty, and layered. The jokes take a moment to land, but when they do, they hit hard. Delara Crouse’s performance captivates, holds, and is intensely discomforting at times in all the best ways possible. She jumbles between absolute madness and paranoia, with a tinge of cabin fever swelling as the two players act out in their sheltered space from the wasteland outside.

The actors do not miss their cues, and their movements and positioning throughout the play use every space available. Before What do you think the birds are doing? started, the venue size compared to the set they act on was worrying at first. However, as they begin their performance and the transition to Jikijela, it becomes evident that the space is barely big enough to contain the energy, powerful voices, and compelling acting, their voices projected right to the back. Each bit of space is needed to contain the immense impact of the storyline, beautiful acting, and the scenes the double bill has.

Light and sound are well thought out and choreographed. Transitions are seamless, and the timing of the sound effects and action are unified. The actors’ interactions with the props are also creatively constructed and deconstructed.

As a double bill, Jikijela and What do you think the birds are doing? manage to segue the two pieces initially created to stand alone. The order in which they are performed and the correlating elements, along with music composed specifically for each by the same composer, intertwine the two acts to make it work as a double bill.

The transition from What do you think the birds are doing? to Jikijela makes thematic sense. The predominantly humorous first act layers you with oil that will withstand the flood of intense, distressing, and at times, outright disturbing scenes in Jikijela.

Audience members cannot escape the all-too-real occurrences of gender-based violence and discrimination against people who do not conform to backwards-thinking bastards. Be warned — you will feel a lot. If you can help it, bring someone along with you.

Seated in front of me was a queer couple, close and embracing, a heart-warming scene during the first act. Yet the second act moved them from comfortable to needing to be comforted. The one cries, along with other audience members, moved by the storytelling of Sanele Phillip.

Not to say that watching the performance alone is impossible. However, I could not immediately get up from my seat at the end of the play. It took some time to collect myself and face the outside world again. The messages conveyed in Jikijela lingered with me long after and still do. It hurt me, made me angry, and made me feel such strong emotions that I could not question the fact that I was alive.

Jikijela sent me crawling back to my writing desk, craving for another human being to hold me and tell me that everything is going to be okay. Khanya Ngcuka’s creation refuses to let you go back into the world thinking everything is fine.

Bring tissues. You’ll need them for the tears of laughter and outrage this double bill brings.