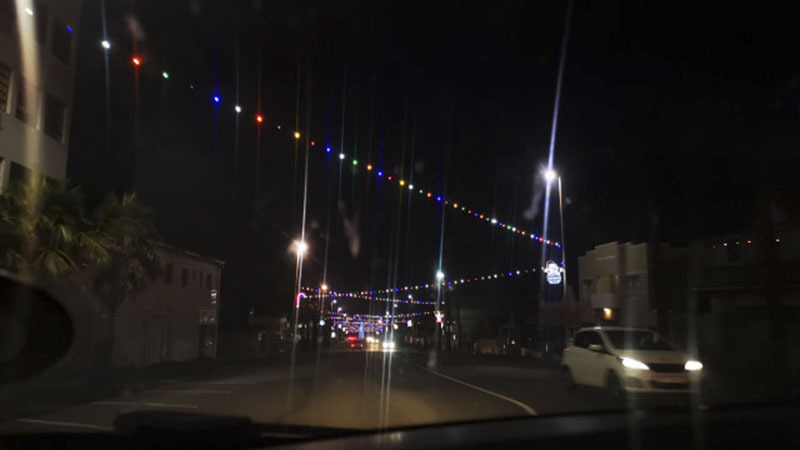 The sense of place is immediate. There is the sour rot of refuse, the acrid smell of burning plastic. Endless stretches of cold, hard concrete. A street sign signals a dead-end, something of an omen. It’s weekend in the city, and on the streets, some have it harder than others.

This is the world you’re met with as you walk into Strateng at the Monument’s Rehearsal Room. It’s an effective opener and in their stillness, the group of destitute addicts that populate the story occupy this evocative scene, languishing in a collective come down.

A street vendor shows up, optimistic and maternal. Through the group’s interactions with her and with one another, we come to learn how each of them came to occupy this lonely part of the city, separated from their families and former prospects. Their contempt for the world and its inequalities is mirrored in their interactions with each other. They remind one another of the lingering “stink of sadness”. Always, they are looking for their next fix.

While Strateng is successful in its staging, the show feels unready. It’s well-rehearsed, and the actors are all capable and engaging in their depictions of the characters and conditions they depict, but the play is unsure of itself. What was listed as a 50-minute show is ultimately over in less than half an hour.

There is a moment that is central to the plot: the decision of the street vendor, who holds the group together, to pack up and leave. Once she’s gone, it’s nothing but bad times and high drama. Job interviews go poorly, drugs are squandered, lines are drawn, a fight takes place and then it all gets quite severe and then, well, then it ends abruptly, leaving one of the tech crew to lead the applause.