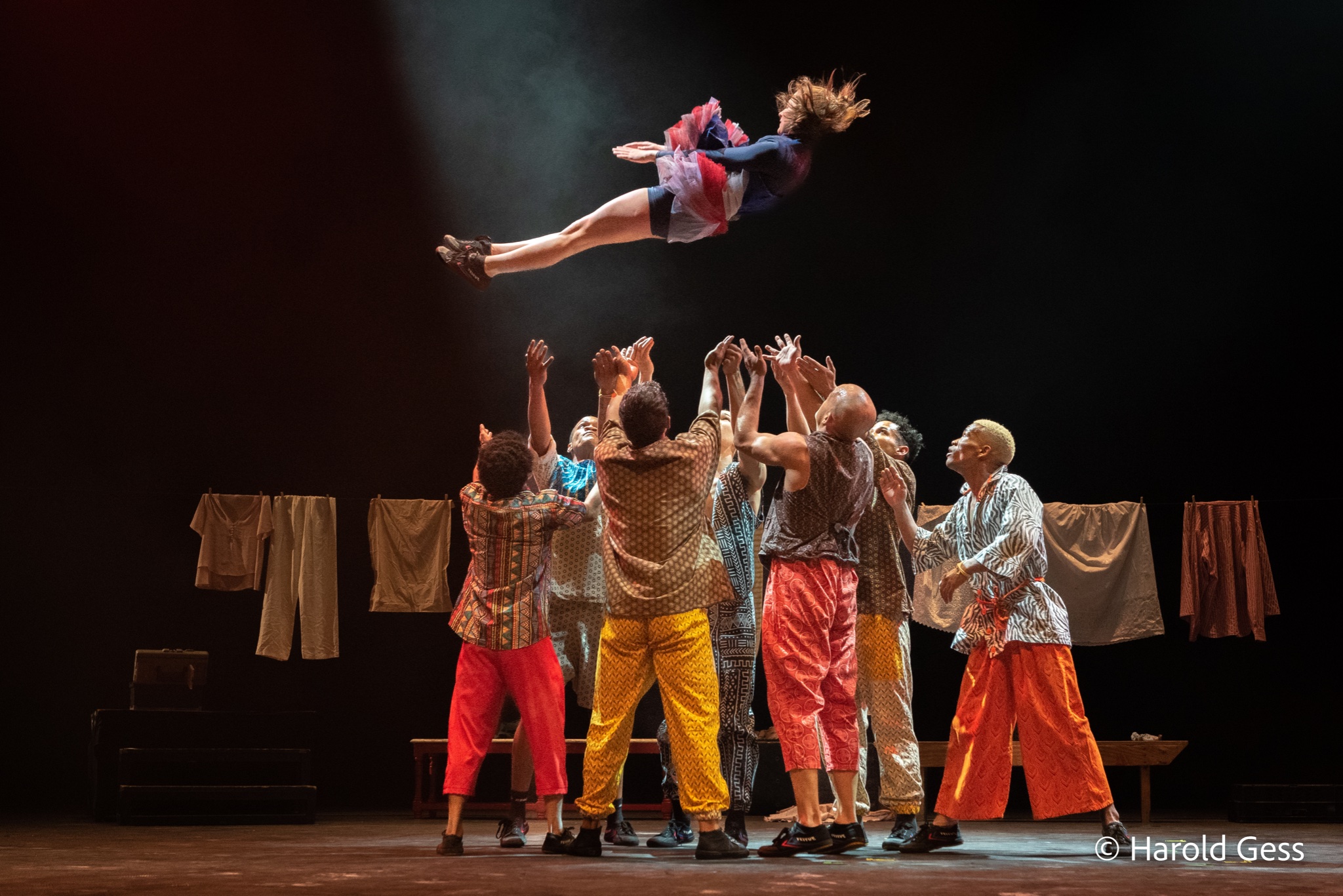 Slow, rhythmic shuffling scores the scene as the auditorium starts to rise in sound and energy. Revolution Blues by Ondara is playing as I catch a few words from the elderly couple behind me. “What is he doing?” the woman asked. I look up at the stage to find a man staring obtrusively at me. Guarded, I check my space to ensure I’m not somehow out of line. After a few seconds, the man drops me from his ocular hold and begins pacing from one side of the stage to another, vigorously waving at audience members. Cautious hands rise and wave back. Confusion sat in the crowd with us for some time; then, sporadic giggles sprung from seats as we all realised that the lights might be on, but the show had already begun.

What can you expect from Moya? Colour, energy and good vibes. From start to finish, this acrobatic display was vibrant and surprising. I say ‘acrobatic display’, but to limit this act to one description would be an injustice, for at its very core is diversity. An ode to South Africa’s multitude of languages and cultures, Moya’s pace and style are all fluid. You’ll see everything from pantsula to gumboot dancing to miming to cyr wheeling to juggling.

When you incorporate a multitude of disciplines into one production, you run the risk of creating a disorientating mess. Scraping the surface of everything but not really reaching any depth. However, a few features tightly bind Moya’s disparate elements into a coherent and unified performance. What ties it all together? South African’ vuma‘. In addition, sound, lighting and choreography are so elegantly crafted that they no longer seem like separate entities but parts of a whole working in perfect harmony.

Each of the eight performers has their speciality and their time to shine. However, in the chorus moments, it was clear that certain performers were not always in their element. Despite this, there was something quite charming about seeing an aerialist gumboot dance. Everyone participating in various disciplines is, of course, integral to the underlying message of Moya: true ‘Ubuntu‘ is the goal, but it’s still a way away. Only in accepting our movement, fluidity, and diversity will we, as South Africans, find togetherness.

Moya was not without its hiccups. Debut jitters, perhaps, lent themselves to a few stumbles. However, the odd drop of a ball or timing issue seemed inconsequential amongst the vibey experience that Moya created for its viewers. By the end of the performance, the cast had the audience on their feet, smiling and jiving. What an absolute pleasure to watch.