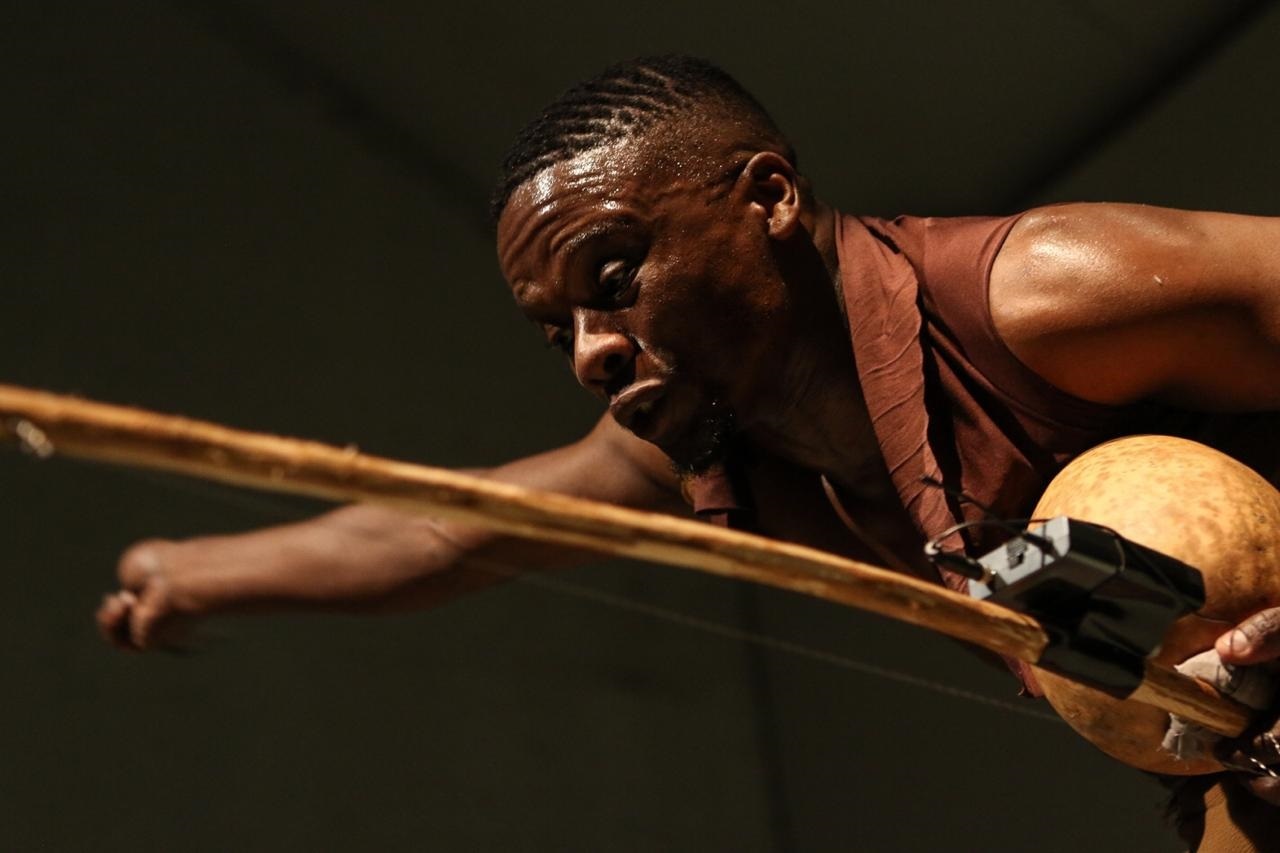 Where am I from?

Where am I going?

When I introduce someone to this earth, who will they be?

Identity crisis is the central topic of Xolisile Bongwana’s one-person dance production, Mnquma. Dressed in revealing cultural garments, Bongwana marched onto the stage and told his story. He was lost, burdened, and saddened by the fact that he did not know who he was. Through the changes in his voice, posture, and facial expression, Bongwana single-handedly played the role of a Xhosa man, his father, and his ancestors. Through contrast and conflict between these three characters, Bongwana embarks on an ancestral journey to reunite himself with his forefathers.

From teary eyes to joys and cheers, Bongwana’s yearning for acceptance and belonging is palpable. In a particularly poignant moment, he emotionally chants out his clan names, having fought hard to reconnect with his family lineage. The voices in his head, pleading for him to reconvene with his ancestors, are expressed through the music – an original score by a traditional Xhosa musician, Bongwana and No-Finish. Bongwana expresses his relief through soulful, tribal, and uhadi sounds, as well as through movement which draws from traditional Xhosa and Tswana dance forms. His execution of both was impressive.

The audience was drawn into Bongwana’s journey as he stomped up and down the stairs. He wanted to ensure that we leave Centenary Hall knowing who he is, where he is from, and where he is going. “Camagu!” The crowd shouted as they welcomed this new man who had finally found himself. A true Xhosa warrior shielded by his ancestors.