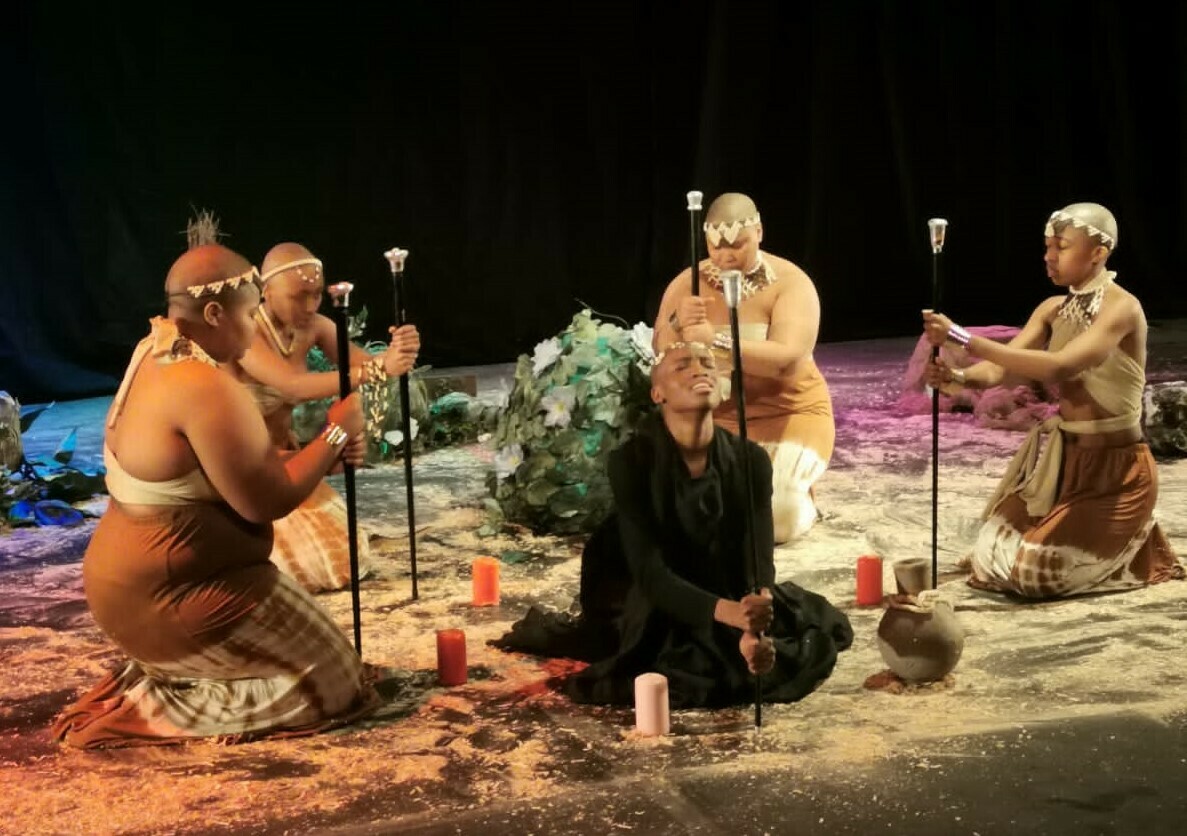 A scene from 'River of Tears'.

Guttural yelling, jarring blue lighting, and eerie sustained notes made the first few minutes of ‘River of Tears’ an assault on the senses. It had its moments of relief, but they were fleeting. It wasn’t made to be an easy watch.

This story follows a woman who has a calling to the supernatural, which leads us to the narrative arc of the journey, through which she strengthens her gift of communicating with nature. But this is just one narrative arc. Another examines gender politics and the forces which govern women’s bodies. Yet another follows our protagonist’s journey of acceptance, healing the wounds caused by her mother and patriarchal oppression. The connections between these paths become blurred, abstract, and difficult to follow, especially if you don’t speak isiXhosa. However, language is not the only means of communication required to connect with the harrowing performance of six young actresses.

At times, you feel you’re privy to someone’s innermost thoughts. Intimate details that no one has the right to know. Which made the experience much more disturbing when a camera clicked while the main character stood naked – physically and emotionally – on stage. Was the photographer a plant? Put there to highlight the vulnerability of the female body, subject to the male gaze? Or just an insensitive snapper inadvertently underscoring the scene? What a violation! Already, as witnesses, we felt we were imposing on the intimacy of the moment.

Yet, despite the vulnerability, portions of the play were laboured and melodramatic, such as recurrent, prolonged running around the stage and on the spot, wearing us out by the end.

The singing, however. Oh, the singing. It was beautiful — powerful vocal performances by all six performers, elevated by live piano accompaniment. At times, I realised I had lost the plot, but nonetheless was moved and invested in the character’s emotional resolution. Amidst the language barrier, dramatical missteps, and multiple narrative strands, that’s quite an achievement.