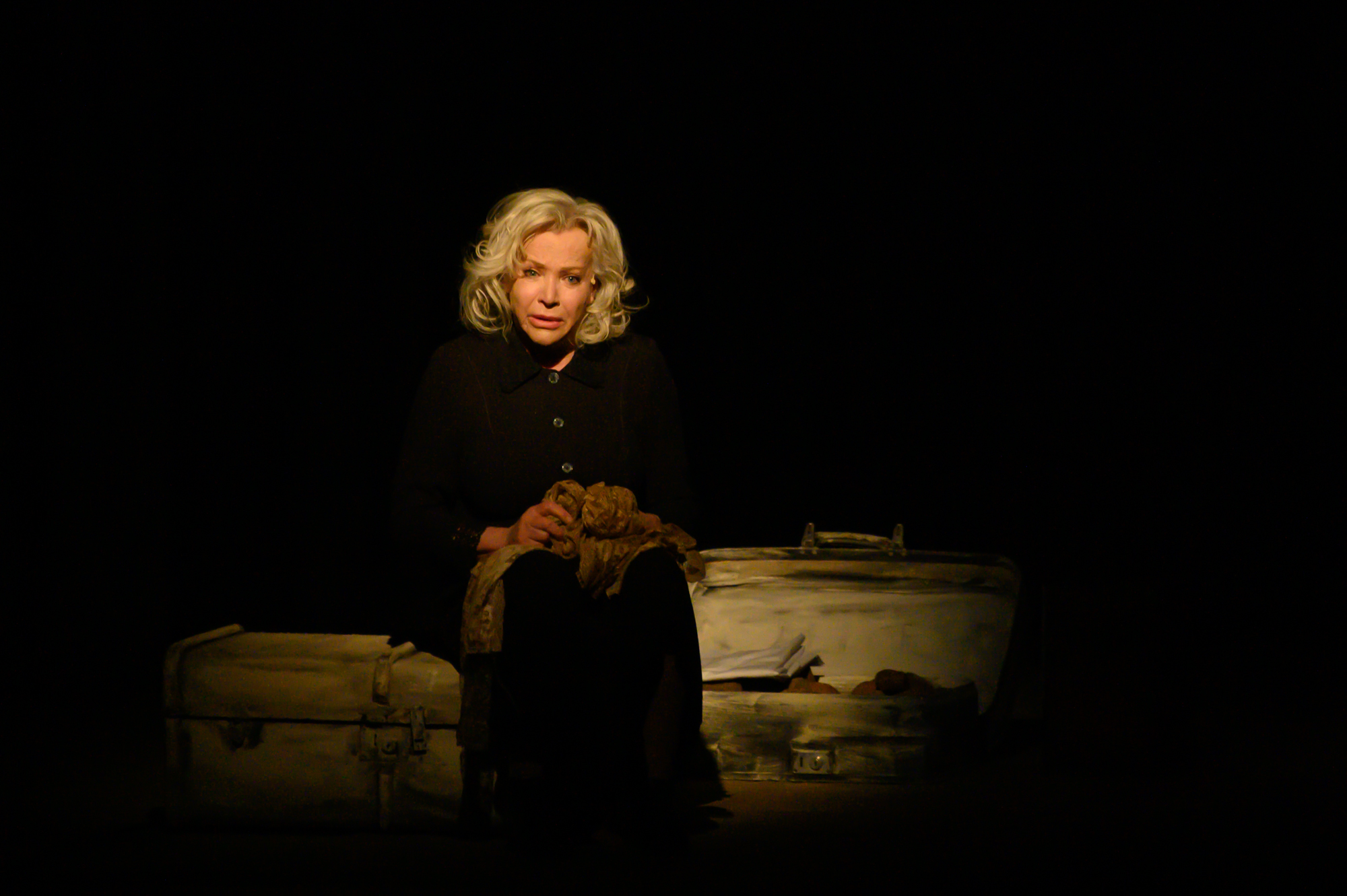 History is often told through the male lens. Kamphoer, a powerful one-woman production performed by Sandra Prinsloo and directed by renowned theatre-maker, Lara Foot, sheds new light on the Anglo-Boer War from the perspective of women.

A single tent draped with delicate lace takes centre stage. Susan Nell is the survivor of an unspeakable ordeal in the Winburg concentration camp. We serve as the audience to Nell’s cathartic retelling of her story, witnessing the lasting effects of sexual assault, violence, and its non-linear healing process.

The drama is based on Francois Smith’s novel, Kamphoer, and The Boer Whore by Nico Moolman. It examines the role of women in war. The forgotten stories of those who are left behind to hold down the forts when men go to battle. Reflecting on themes of gender-based violence, trauma, and neglected history.

Embarrassingly, most of the script went over my head as a monolingual English speaker. To be honest, I could only understand the scenes in which the English are being ripped off. But with Prinsloo’s impeccable performance, alongside the ghostly set design by Patrick Curtis, I was nonetheless enthralled.

Throughout the production, Prinsloo impressively transforms into multiple characters and transcends various periods. At one moment, breaking down in the retelling of her assault, and in the next becoming a calm and collected onlooker, she is captivating. This is attested to by the standing ovation at the end of last night’s show. Her performance grips your heart tightly and does not let it go until the final lighting cue.