It’s official! Our Festival is reborn 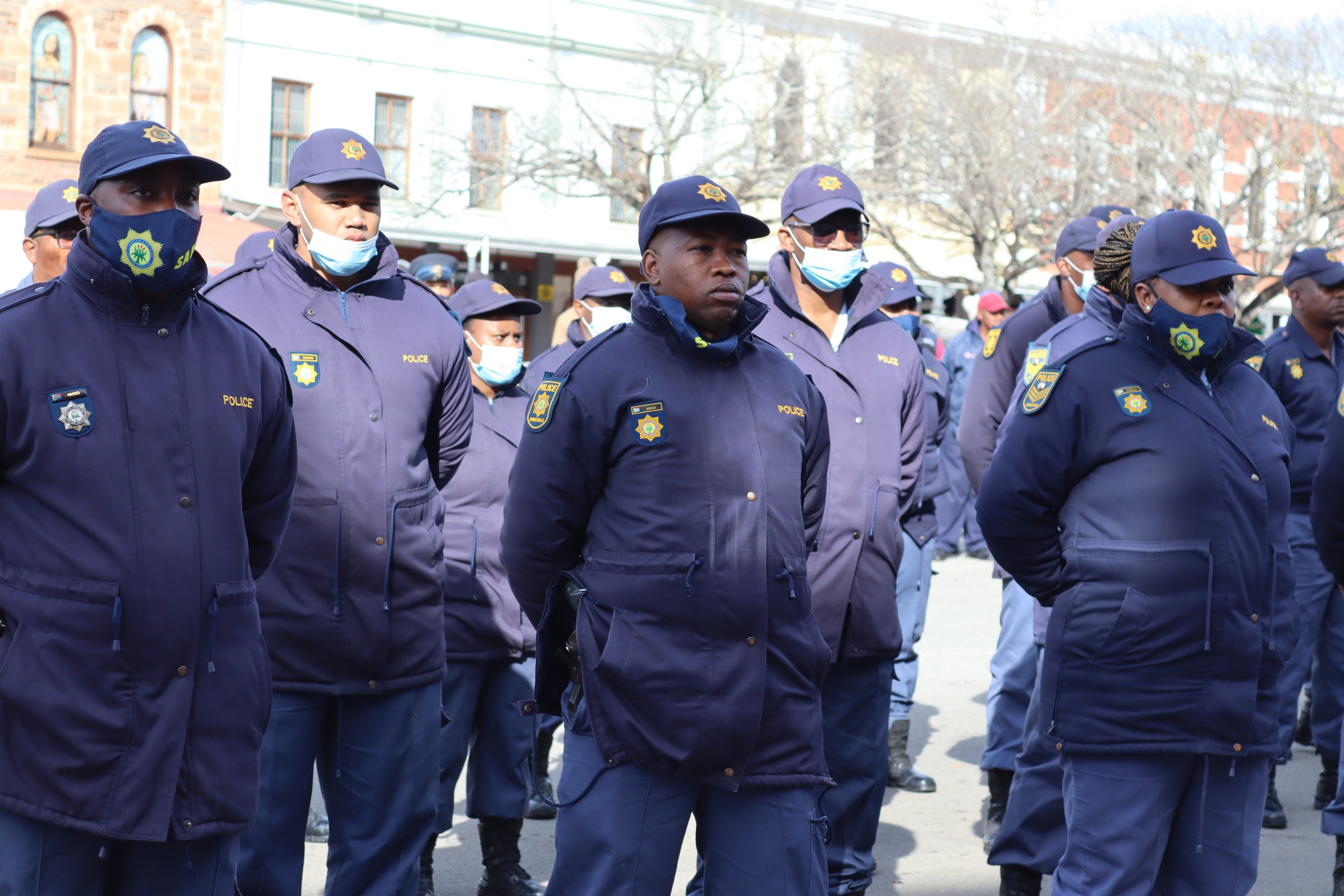 The National Arts Festival (NAF) was officially launched outside City Hall on Thursday.

Makhandans watched as the police, alongside the Community Police Forum and local security company, Hi-Tec, came in full force to mark the start of the Festival. Police also marched to City Hall to receive orders to take to the streets.

Community Police Forum chairperson Andrew Kirk is excited about the start of the Festival as the energy and atmosphere is changing. “This is an encouraging moment for Makhanda – to see people going back to normal and start to do things that they enjoyed in the past,” Kirk said.

Kirk said additional police officers from outside Makhanda had arrived to help police the Festival. “They will work with a strong CPF structure in Makhanda. We also have community blue personnel patrolling in pairs in town and other parts of the community,” said Kirk.

Makana Local Municipality Speaker Mthuthuzeli Matyumza said he was delighted with the collaboration between the various organizations planning the Festival. “More than 100 jobs have been created for the NAF,” Matyumza said.

Eastern Cape MEC for Social Development Siphokazi Mani-Lusithi said NAF was crucial to the province’s economy. “We are excited because NAF is a platform to promote and increase SMMEs and start cooperatives. The Festival plays a key part in bringing Makhanda and Eastern Cape to its former glory,” Mani-Lusithi said.

The Department of Social Development would assist the arts and the Festival by “building the social cohesion we need in a world of massive social crimes and ills”, he said.

“You need an anchor point of our heritage back to who we were and what is it that we mean by ‘ubuntu’. The arts convey what we want to achieve and build in the province.”

The MEC said the Department had invested in developing youth and women by supporting sustainable cooperatives participating in this Festival.

Previous ArticleTackling the city’s waste problem, one sculpture at a time
Next Article Traders have trekked in, hope for decent profits