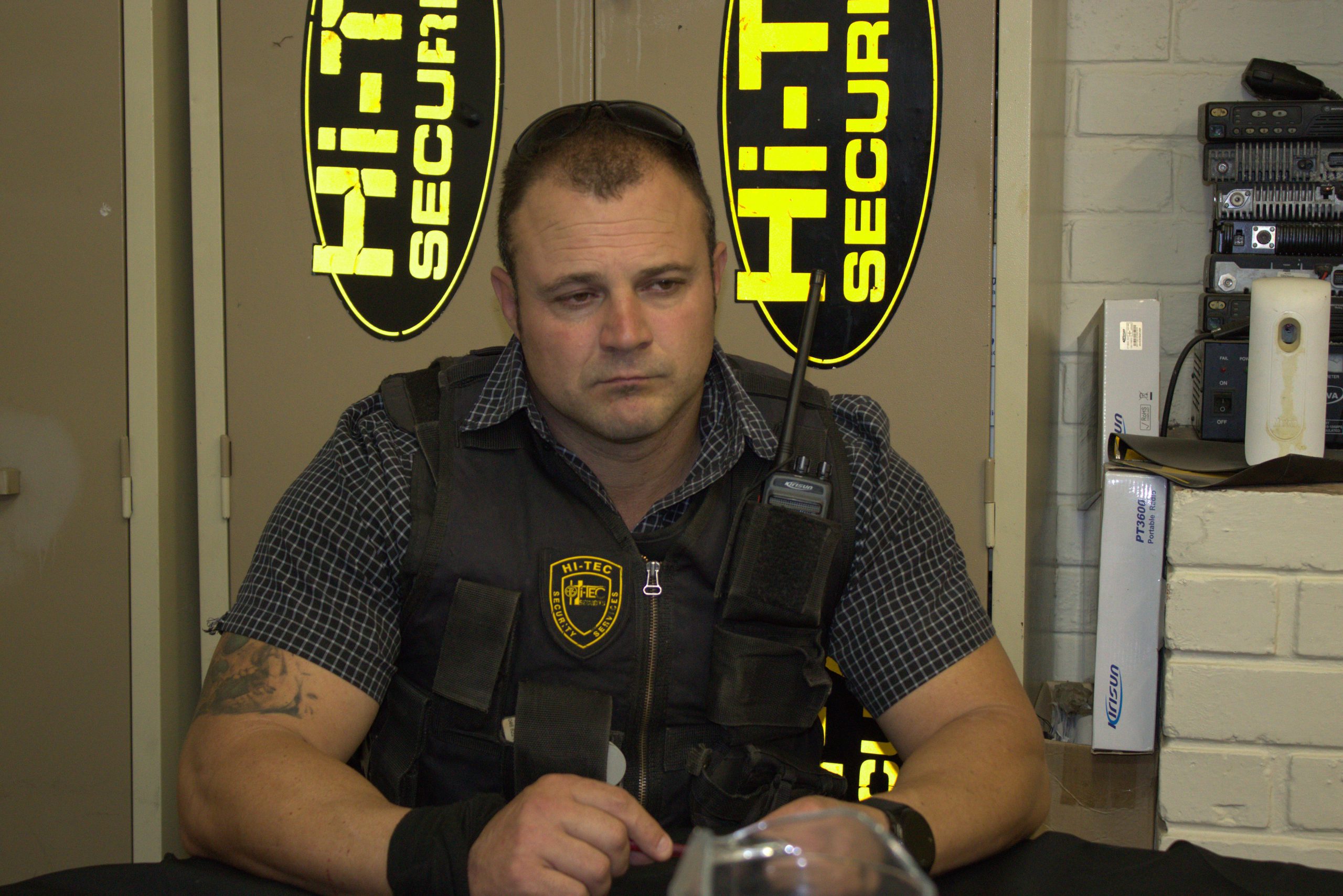 The increased flow of people into Makhanda for the National Arts Festival (NAF) will heighten the probability of criminal activity in town.

Knoetze said Hi-Tec had increased security around festival venues and accommodation areas. “We have additional vehicles in town patrolling to assist because of the number of visitors coming in town.”

Additionally, a Blue Patrollers Parade was held on Thursday, 23 June, on Church Square as part of the initiative to keep the city safe during the festival and beyond.

Knoetze said it was easy for Hi-Tec to identify offenders from outside the town as they are familiar with the faces of most local criminals.

He said this year’s NAF would not be as big as before COVID-19: “It almost feels like we are building from scratch.”

Less crime was expected than in earlier years, but that did not mean they would not be vigilant.

Sadly, some parts of the city have been without operating street lights for years, posing additional security concerns for festival-goers, Knoetze said.