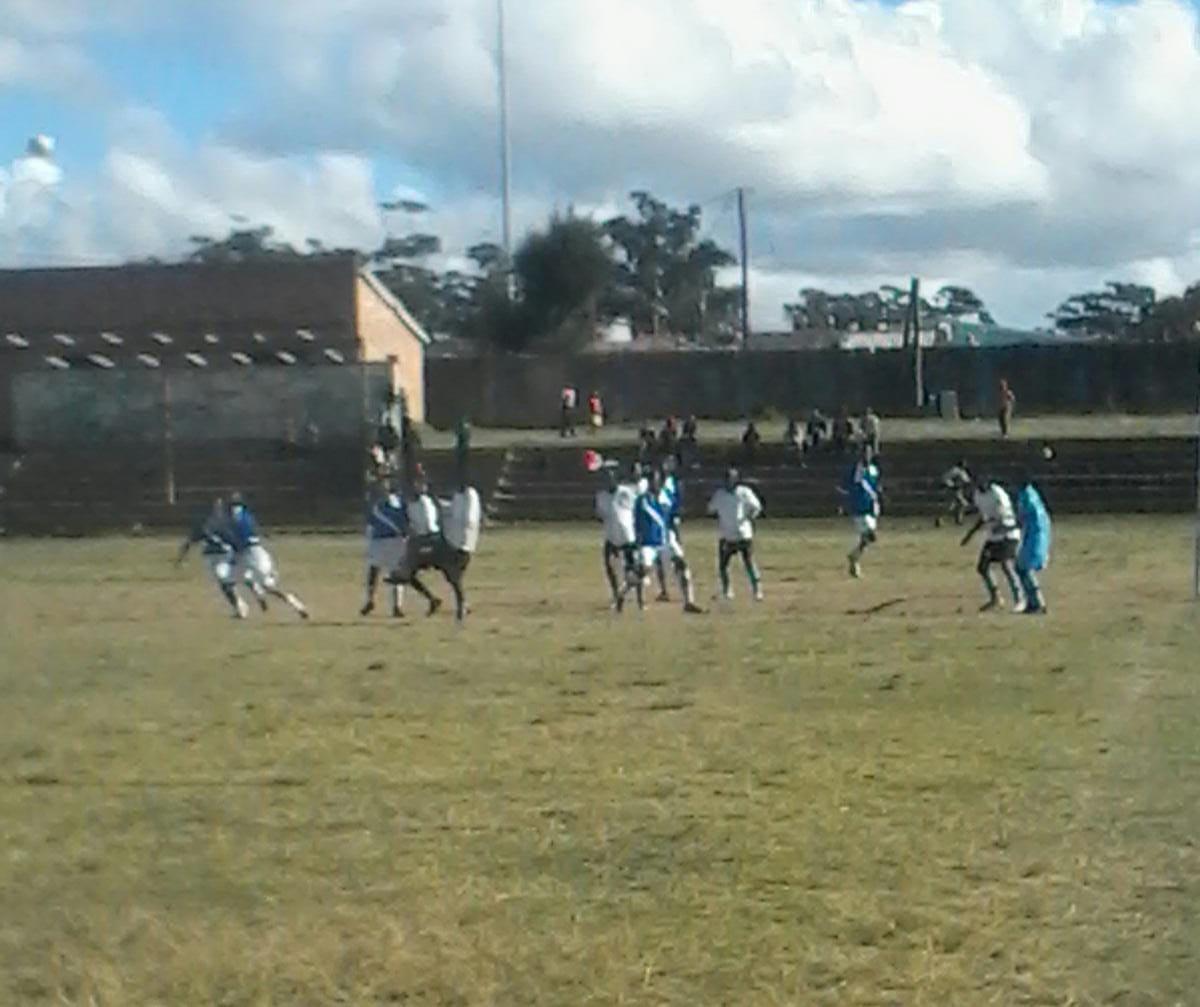 Leicester City in blue against Golden Eagles in white.

The Makana LFA First Division title contenders are slowly raising their hands. Most of the teams have reached the four-game mark. They are now starting to find their feet and are already weighing their chances.

On Saturday, Jacaranda Academy suffered another loss at the hands of Sophia Young Stars 1-3, while Black Stars defeated Young Ones with the same score. Young Stars beat African Spears 3-1 as well.

On Sunday in stream A, struggling Maru Academy held the in-form Black Stars into a one-all draw while Jacaranda Academy redeemed themselves with a 3-2 victory over Santos. African Spears returned strongly from their Saturday defeat to put five past Young Ones.

According to Makana LFA competitions officer Akona Heshu, the league will take a break due to the National Arts Festival and will resume on 10 July. Black Stars are currently on top of stream A with 10 points after five games, while Golden Eagles lead stream B with nine points after four games.