Sasha and Gaga seize their chance to be fabulous 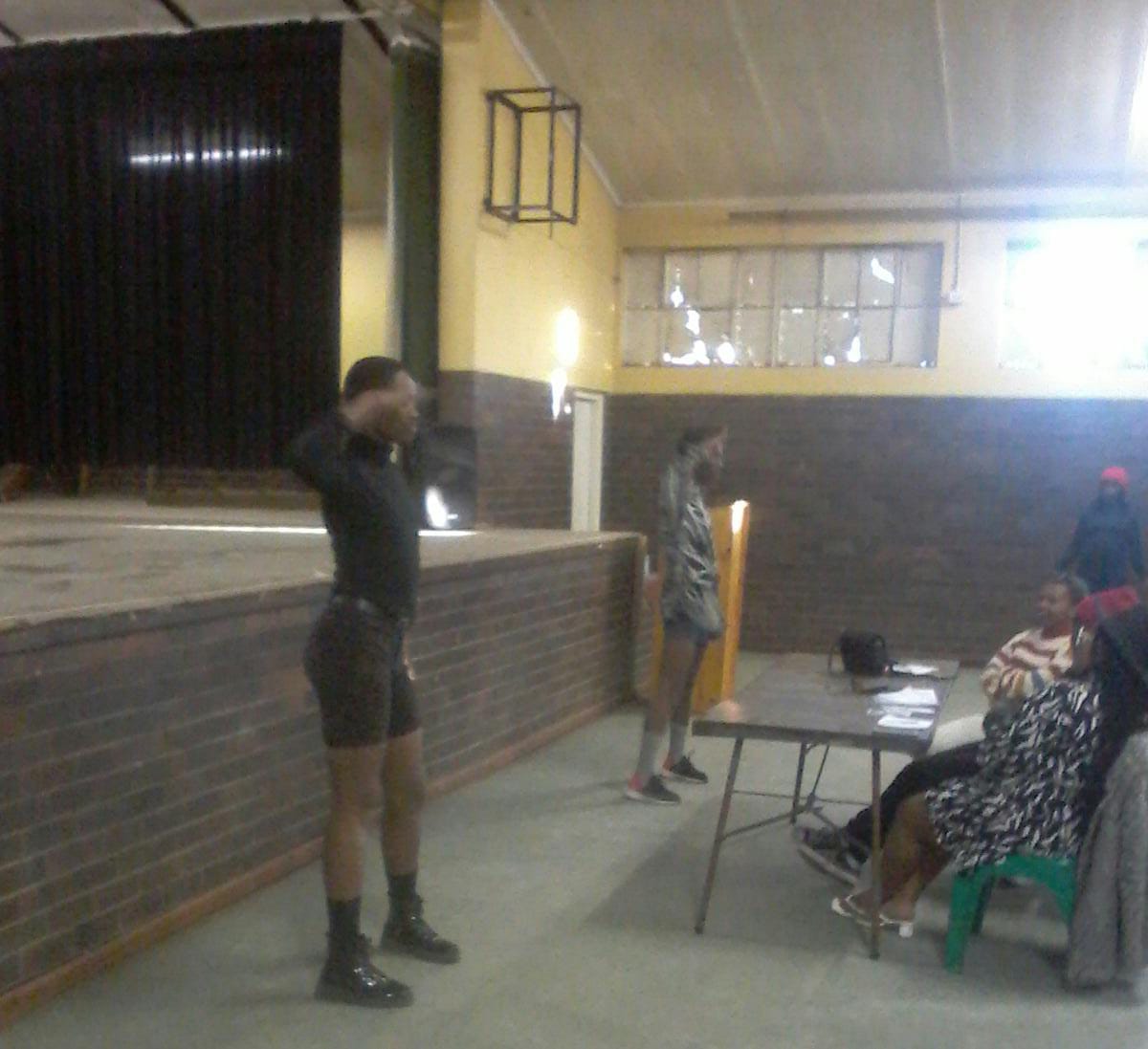 June 16 Talent Show winners Sasha and Gaga sign off in front of the judges.

Joza residents celebrated June 16 in grand style with music and dance as the B-fabbs hosted a Makhanda Youth Talent Show at Noluthando Hall.

“We are creating a platform for our youth to show their talent. We want to use art to keep young people off the streets, prevent teenage pregnancy, and stop alcohol and drug abuse,” Xako said.

The show’s MC, Nande Titi, kept the crowd alive with her dazzling dance moves and ability to engage the audience. It was an excellent outing for the whole family, and the performers brought their A-game to the show, making it difficult for the judges to choose the winner.

Ziyabukwa Mgingqi received a standing ovation for her brilliant performance. She said she thought she did well on stage “as nervous as I was”.

“The youth of 1976 sacrificed a lot for us to have such opportunities. This is a perfect start for us before we go out there and perform on bigger stages,” Mgingqi said.

The third spot was shared between Shoobedoo and Ivan. Second place was also shared between Cameron and Ziyabukwa Mgingqi while the top spot went to Sasha and Gaga, who got the audience off their seats and participated in their electrifying dance moves.

It was evident that Olwethu Mountain (Sasha) and Sandile Beyi (Gaga) prepared well for their performance – their moves were well-coordinated, energetic and focused. Their stage presence was out of this world, and they deserved the crown.

Speaking to Grocotts Mail after announcing the results, they could not hide their excitement: “We gave our all, and we would like to thank the people who came out here to support the organisers and us.”

Ward 2 councillor Mr Ramie Xonxa was among the people who came to support the young performers. “This show reminds the youth to use their talent to deal with challenges. The stats show that 36 per cent of Eastern Cape youth are unemployed and such initiatives will help to address that.”

This was well-organised and well-attended and can only grow more prominent in the future.

Such events are needed in Makhanda. Our municipality needs to facilitate more sports and recreational initiatives to engage young people. A first step would be to address the deteriorating state of our sporting fields – they need to be safer and more usable.