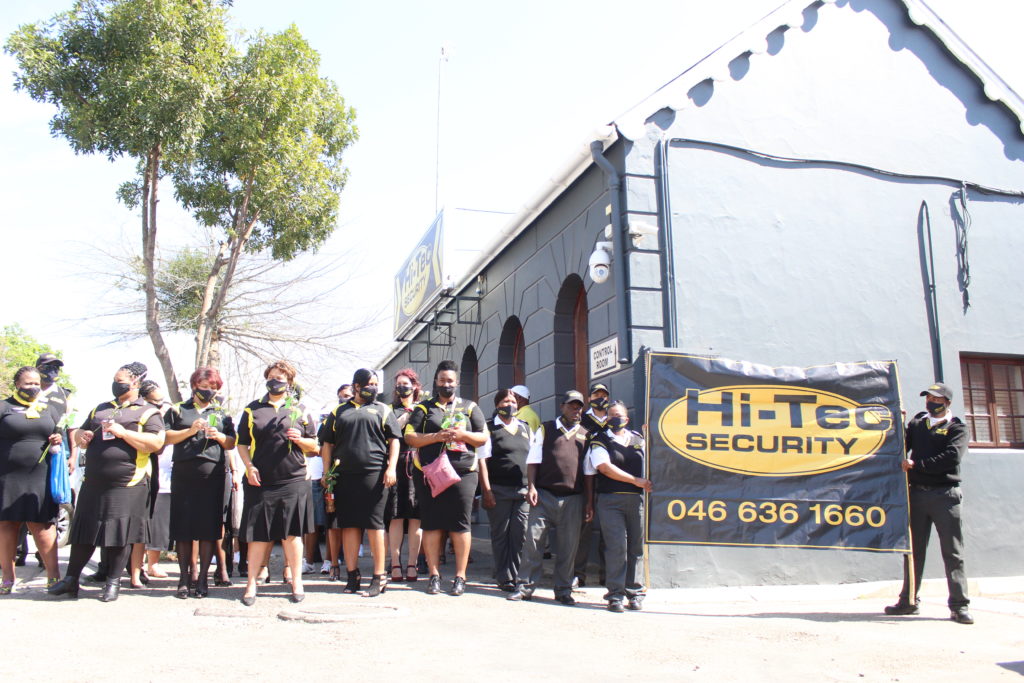 Recently, South Africa’s Defence Minister Thandi Modise lamented the low level of public trust in law enforcement agencies in the country. In particular, the minister drew attention to a persisting legitimacy problem in the relationship between the police and the public.

In Makhanda, many residents have turned to private security companies like Hi-Tec and Schmart – as the city’s de factor police force – for protection and law enforcement.

Hi-Tec operations manager Kenny Knoetze has almost 20 years of experience in local law enforcement and has witnessed the evolution of crime in the city since 2002.

Knoetze said cable theft had become rampant in Makhanda – and criminals are getting away with it. Criminals use load shedding as an opportunity to cut electrical cables as there is no electrical flow and no one can catch them in the dark.

“The Makana Municipality has to replace a cable, and two days later, it’s stolen. Understandably, replacing it will take some time,” he said. However, patrolling could help alleviate the problem. If the municipality could tell Hi-Tec where their cables have been placed, Hi-Tec staff would try to patrol that area.

Knoetze said poverty and sky-high unemployment are at the heart of criminal activity in the city.

Most of the criminals apprehended by Hi-Tec are repeat offenders. But, he is pleased to observe that many have changed their ways by giving up drugs and trying to make an honest living.

He said Hi-Tec was “more than happy to help the guys who have offended in the past” with their rehabilitation. “But, maybe this is something the community should also be part of.”

The company works closely with the SAPS and Community Police Forums. Rather than being seen as a private security company at the centre of law enforcement in Makhanda, Knoetze said Hi-Tec preferred to work together with the whole community – and multiple stakeholders – to mitigate crime.

Hi-Tec is involved in several community anti-crime programmes. The company offers basic training in fighting crime and dissuades communities from taking the law into their own hands.

Hi-Tec provides crime intelligence and statistics to the SAPS and meets with the Community Policing Forum, the SAPS and other relevant stakeholders every month. Knoetze said collaboration was essential to fight rising crime and violence.

Hi-Tec patrols crime spots in the CBD and suburbs, but Knoetze said it was vital their presence was evident in the townships, too. He said Hi-Tec believed it had a role in protecting all Makhandans, not just paying clients. And they respond when called.

In response to allegations from some residents that car guards have robbed them, Knoetze said locals needed to be aware that some criminals pretend to be car guards.

Knoetze said The Abakhuseli Skills for Life Project – a Makhanda-based initiative developed with local car guards, working towards empowerment, integration, and dignity – is an excellent initiative because it helps to differentiate who is a committed car guard and who is not.

“I know most of the car guards in town, and at closing time, they go home,” he said.

The decline of police reservists

Democratic Alliance MPL Bobby Stevenson (MPL) recently commented on the staggering 75% decline in police reservists in the Eastern Cape over the past six years. He called on the SAPS to engage in a vigorous campaign to recruit police reservists.

Kirk said the Makhanda SAPS struggled to fill vacancies with quality recruits. And when staff are available, they are deployed to high-crime areas.

Hi-Tec is very active on social media platforms, including Facebook (11 700 likes and 42 000 follows) and hyperlocal community WhatsApp groups. It is one of the main sources of factual, up-to-date information about crime and safety, emergency services, electricity, municipal service delivery and community events in the city.