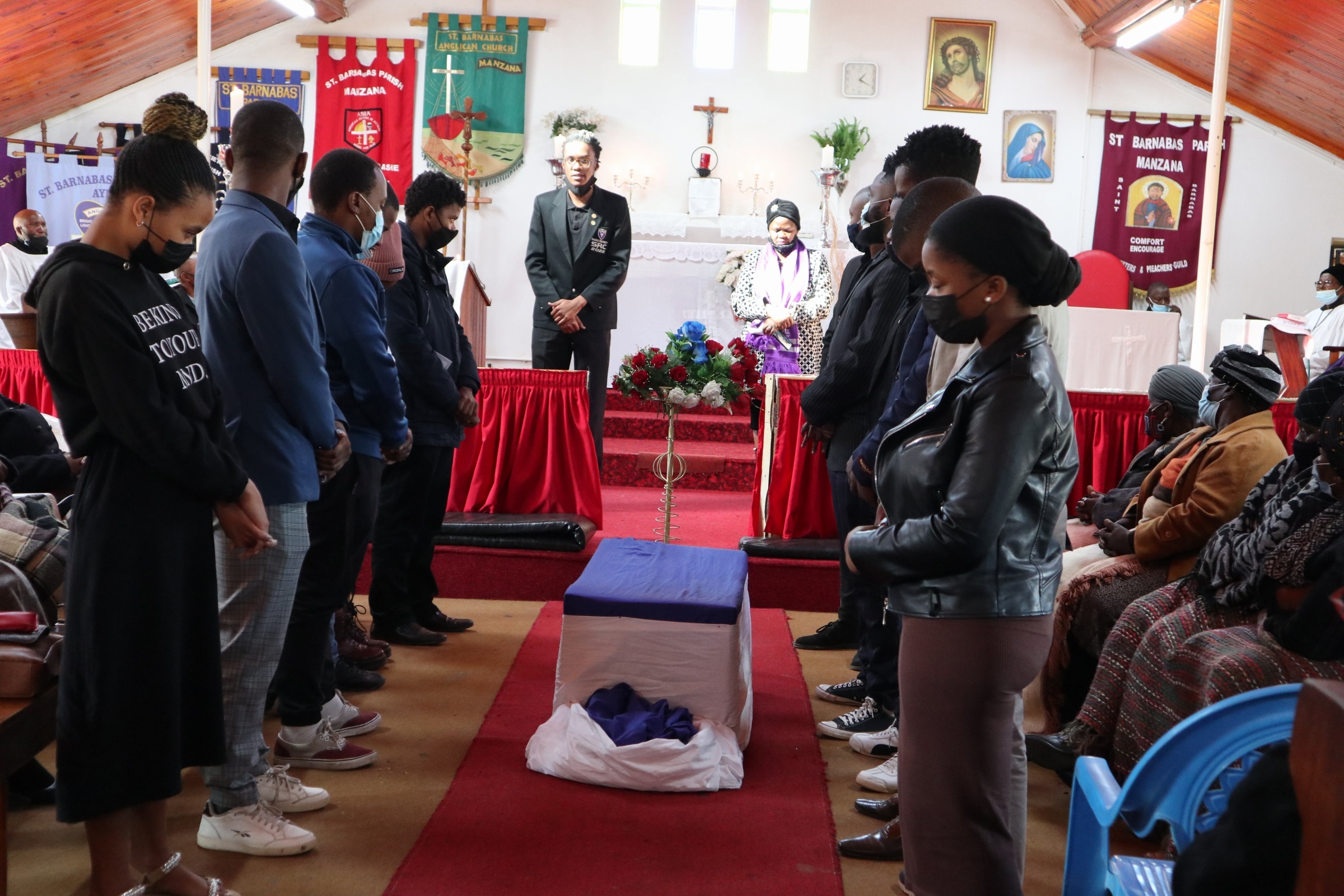 A humble, quiet person and a great soccer player – this is how family and friends described the late Rhodes student Lizo Lunga Tshila as he was laid to rest in eNgcobo on Saturday, 4 June.

The body of the 23-year-old, third-year Bachelor of Pharmacy student was found in the Botanical Gardens at about 8.30 am on Saturday, 28 May.

Lizo’s passing triggered concerns about mental health services at Rhodes University, as many believed he had committed suicide.

However, the cause of Lizo’s death has not yet been confirmed. SAPS spokesperson Majola Nkohli said an inquest docket to investigate the circumstances of his death had been opened following the recovery of his body.

Police urged anyone with information that could assist the investigation to contact the nearest police station. The information may also be shared via Crime Stop on 08600 10111.

At the funeral, family, friends, and neighbours lamented the tragedy and pain of his untimely passing.

The youngest of three siblings, they described him as a humble person who was very passionate about his studies and always keen on a soccer match. “There was so much we hoped he would achieve,” a family representative shared.

His res roommate and soccer team captain described Lizo’s last soccer match: “During the game, I asked him to change his position, and to no one’s surprise, he obeyed. He was older than me, but he never said, ‘I’m not going to play the game you want me to play – I will play the game I want to play.’ He was a humble person and always took instruction. He played well that day, and it was the first game we won this year.

“Lizo meant a lot of things to a lot of us. To the family that raised Lizo, we thank you. You raised a gentleman,” he said.

Rhodes Director of Student Affairs Noma Mrwetyana also conveyed her condolences to the Tshila family: “As a university, when these children arrive, all we pray for is to see them leaving through graduation. This is not what we prayed for. It is also painful to us. Your loss is our loss.”

Previous ArticleHow does health and life coaching differ from therapy?
Next Article Get yourself out on the cat walk