A final goodbye to Jeff Budaza 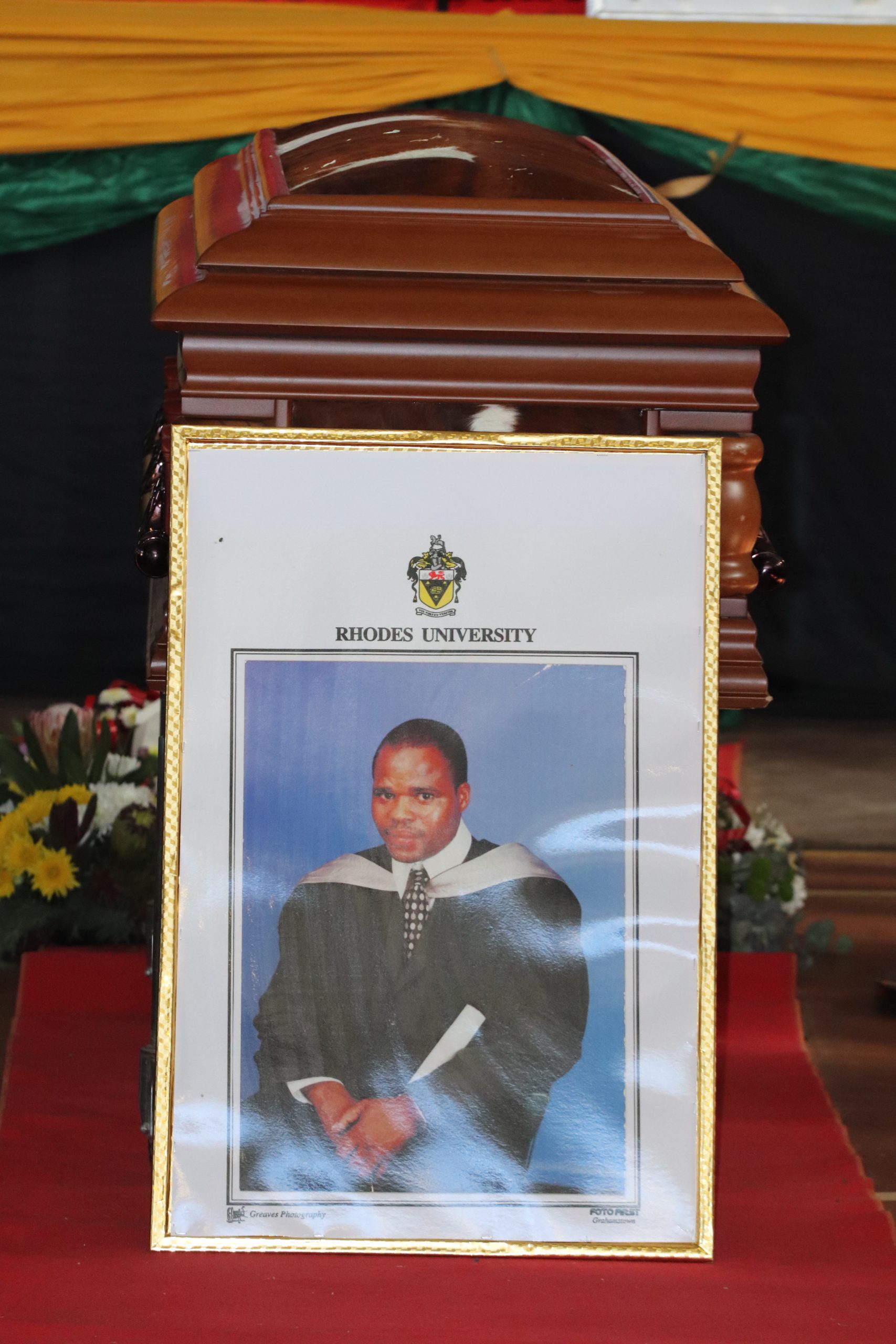 The last dance with you, my beloved community. Photo Ovayo Milisa Novukela

When Fundile ‘Jeff’ Budaza’s coffin arrived in the Joza Indoor Arena last Friday, the atmosphere amongst the hundreds who had assembled was sombre.

Devastated friends and colleagues paid heartfelt tributes to the former Makana Parks and Recreation manager brutally gunned down outside his home on 25 May in an apparent assassination.

Makana Citizens Front (MCF) leader Ayanda Kota said his friend was “a peaceful soul that had a disarming humility made him be an upright man in a rotten environment.”

An emotional Kota said we live in an era of fear – people don’t want to stand up and speak because they know the consequences. “Today, they are here because of those consequences.”

“I am not preoccupied about the person that pulled the trigger – I am more preoccupied with the fact that we failed him. He was a lone voice tackling serious problems. He was looking at us for support – we looked away and closed our eyes,” Kota said.

“Jeff didn’t go to the mountain and shout that he was going to the criminal court in Gqeberha to lead evidence against the ghost workers in the Municipality – he did that because of the love and passion he has for Makhanda.

“That’s why I am saying that we are accomplices to his death – we need to apologise to his family for not being there when he needed us the most.”

Kota said people needed to critically introspect and change their habits for the greater good of the town.

Kota was wearing the sunglasses Jeff gave him as a present. “He was more than a friend; he was my brother. When Maru FC went to the play-offs at Motsepe League, Jeff took out a lot of his own money to ensure the team was in the best conditions and environment to play.”

Zwelithemba Yaka grew up with Budaza in Newtown. Yaka described Budaza as a leader who loved school: “I first saw Jeff’s leadership skills while coaching him in soccer in his early days; he was quiet, but once he spoke he instantly caught the team’s attention.”

Yaka said when he heard that Budaza had died – especially the manner of his death – he was too shocked to sleep.

The Makana Municipality officials came in full force to bid farewell to their former manager. Municipal Manager Mappo Mene described Budaza as a voice of reason in Makana. “Jeff was not a conformist. He helped to make sure … alternative decisions and plans were made around the Makhanda infrastructure, especially in the development of sports and culture.”

Makana Speaker Mthuthuzeli Matyumza said the manner of Budaza’s death had shattered the illusion that this only happened in cities like Gqeberha, Mthatha and East London.

Matyumza said the Municipality would not find a manager close to Budaza’s character. Budaza worked for Makana for over 20 years and carried “a serious memory of the institutions”.

“This is a major loss. But, I feel strongly that law enforcement should take its course,” he said.

“I urge all the people who know critical information about this devastating event to go privately to the police station and tell what they know because we don’t know who may be next. We must make sure that this doesn’t happen again within the town.”

“A breadwinner has been brutally taken away. That is a father, a grandfather, and a brother,” said Matyumza sadly.

Ward 2 Councillor and chairperson of the Corporate Services, Rammie Xonxa, said Budaza’s death “shell-shocked” him: “I was in tears of disbelief.”

Xonxa described Budaza as a peaceful person who wanted the best for Makhanda’s sports development “so that the children can have a fighting chance in this ruthless world”.