‘Gentle Giant’ leaves behind a mammoth hole in EC sports 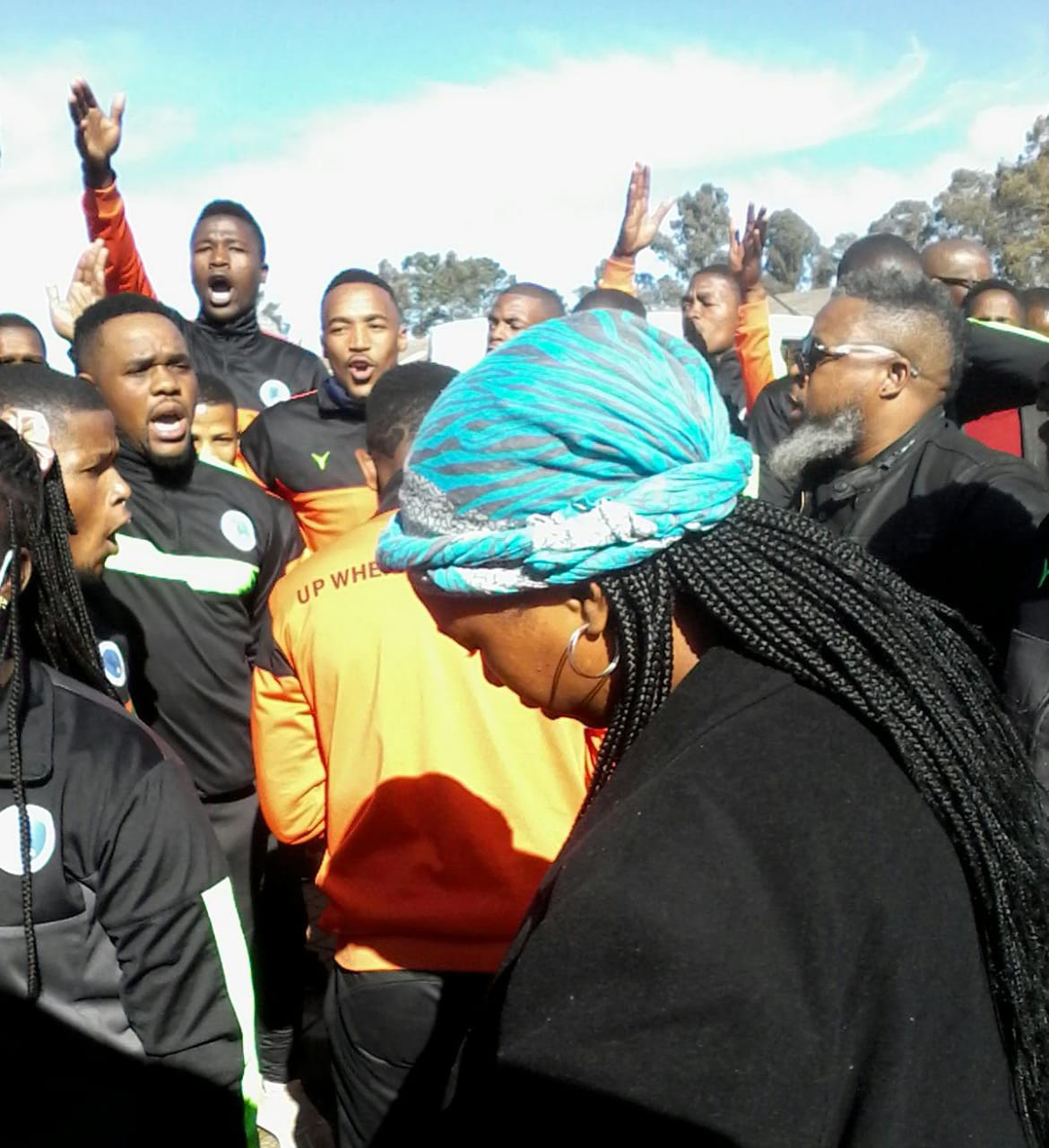 Makhanda’s sports lovers came in numbers to pay their last respect to gentle giant and local hero Fundile ‘Jeff’ Budaza at his funeral at the Joza Indoor Sports Centre on Friday.

The Department of Sport, Recreation, Arts and Culture’s Anga Ngcebetsha told the mourners that Jeff Budaza helped a lot of youngsters in Makhanda who went on to represent the province and the country in different sports codes.

Speaking to Grocott’s Mail after the service, Legendary local runner Thembinkosi Mdyogolo, best-known as ‘Teabag’, could not hide his grief: ” I’m very hurt. Jeff was my role model, and shortly before his tragic death, he had promised to take care of transport and accommodation for my trip to the Comrades Marathon on 28 August. I am now shattered, and I don’t know who to turn to for help.”

Sababo president Thembisa Qinela said Jeff’s passing was a big blow to the boxing community in the Sarah Baartman region as he always tried his best to support them. “Jeff always emphasised that the Indoor Sports Centre is for sports and that sport should always be given first preference. We hope that his passing will not make it difficult for boxing people to gain access to the centre.”

Speaking on behalf of the local boxing fraternity, Mfuzo Dyirha said the void left by Budaza was huge. He said he hoped the municipality would act swiftly to fill that void.

Speaking for Makhanda’s only women’s football side, African Connection FC, Zimkita Donyeli said: “The sports fraternity has lost a leader who had the best interests of Makhanda at heart. He made it possible for us to train at a well-secured space in JD Dlepu stadium. He felt that it was not suitable for young girls to train in an open field as it would be difficult for us to change into our training gear.

“I would like to send our heartfelt condolences to his family and Maru FC, and may his soul rest in eternal peace.”

Phumzile Adam of Easterns Rugby Club was among many local legends who paid their last respect to Budaza.

It was a profoundly emotional farewell to the great icon of local sports who, until the last moments of his life, served the people of Makhanda with pride.