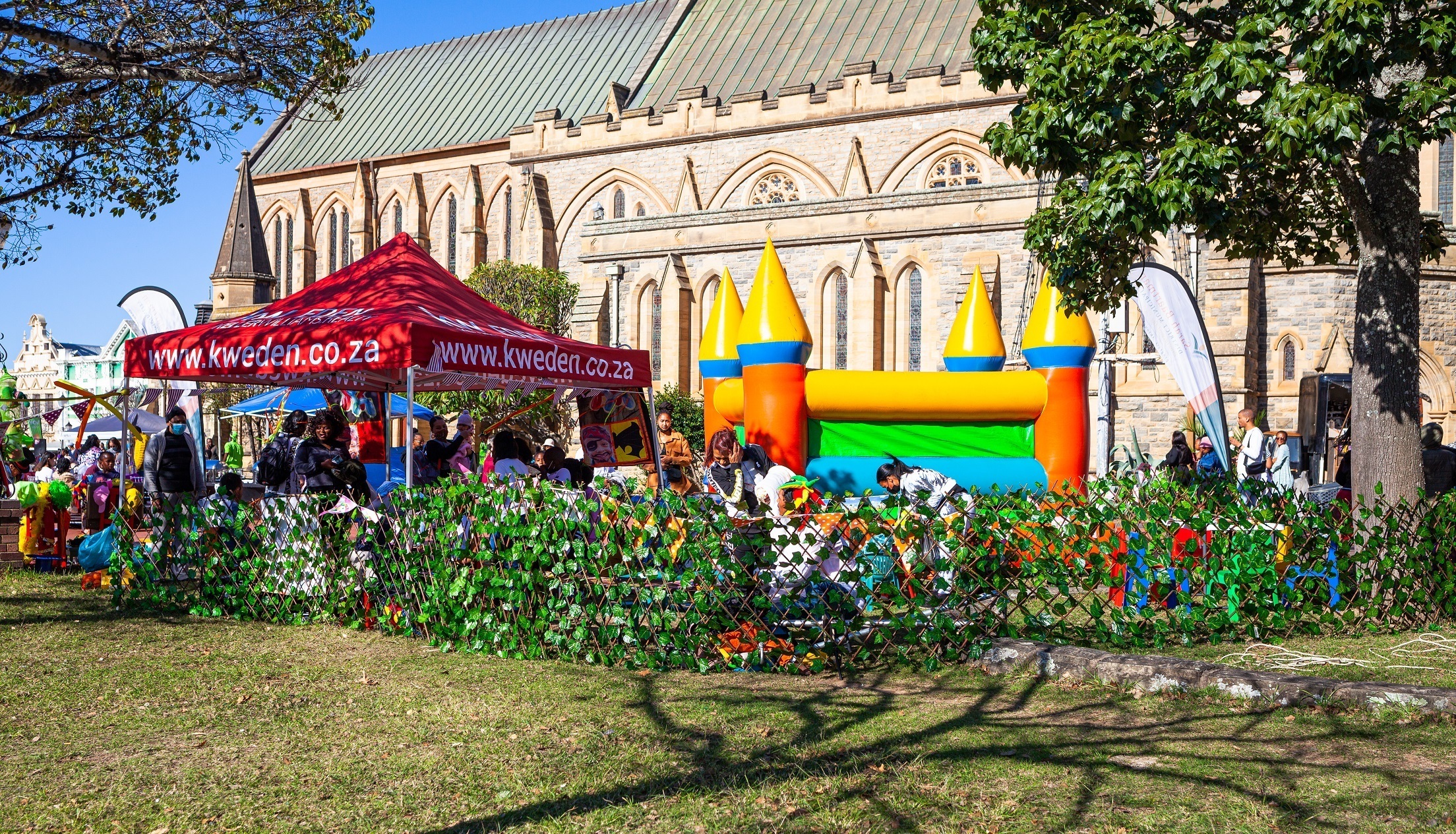 Entertainment for the kids at the Creative City Craft Market on Saturday. Photo: Atang Matiea

Church Square was bustling with entrepreneurs, crafters and artists showing off their talents at the Creative City Doccie Screening & Craft Market on Saturday.

Makana Tourism communications officer Prudence Mini said the event offered a glimpse of what we can look forward to at the National Arts Festival, starting from 23 June 2022.

The day kicked off with documentary screenings by fourth-year Rhodes video students in City Hall and then moved to Church Square for the craft market.

One of the crafters at the market was Athenkosi Skotile, who sold her New Beginnings recycled bottle creations. “Seeing all the bottles lying around the streets, I thought I could renew the bottles – hence the name New Beginnings,” Skotile said.

“Without an event such as this, we have no other marketing platform.”

Visual artist N’lamwai Chithambo, said he was delighted life was returning to normal and that the National Arts Festival was just around the corner. He said going outside and meeting people was part of what drives his artwork – after two years of strict Covid-19 regulations, N’lwamani said he thought he had lost his opportunity.

Yvette, who sells jewellery imported from 20 different countries, was among the entrepreneurs.

Ward 12 counsellor, Mzobanzi Nkwentsha, said he was joyful about the event. “This is a good initiative to bring various crafts into one place”, he said.

AmaPantsula dance crew Via Kasi Movers entertained the crowd. They said dancing is more than just a form of expression – it helps to ease with stresses and anxieties of life.

After more than ten years of experience, they look forward to representing Makhanda at the Festival and hope to open a dance school in the townships.

Makana Tourism, Makana Municipality and the Sarah Baartman District Municipality were joint organisers of the event.