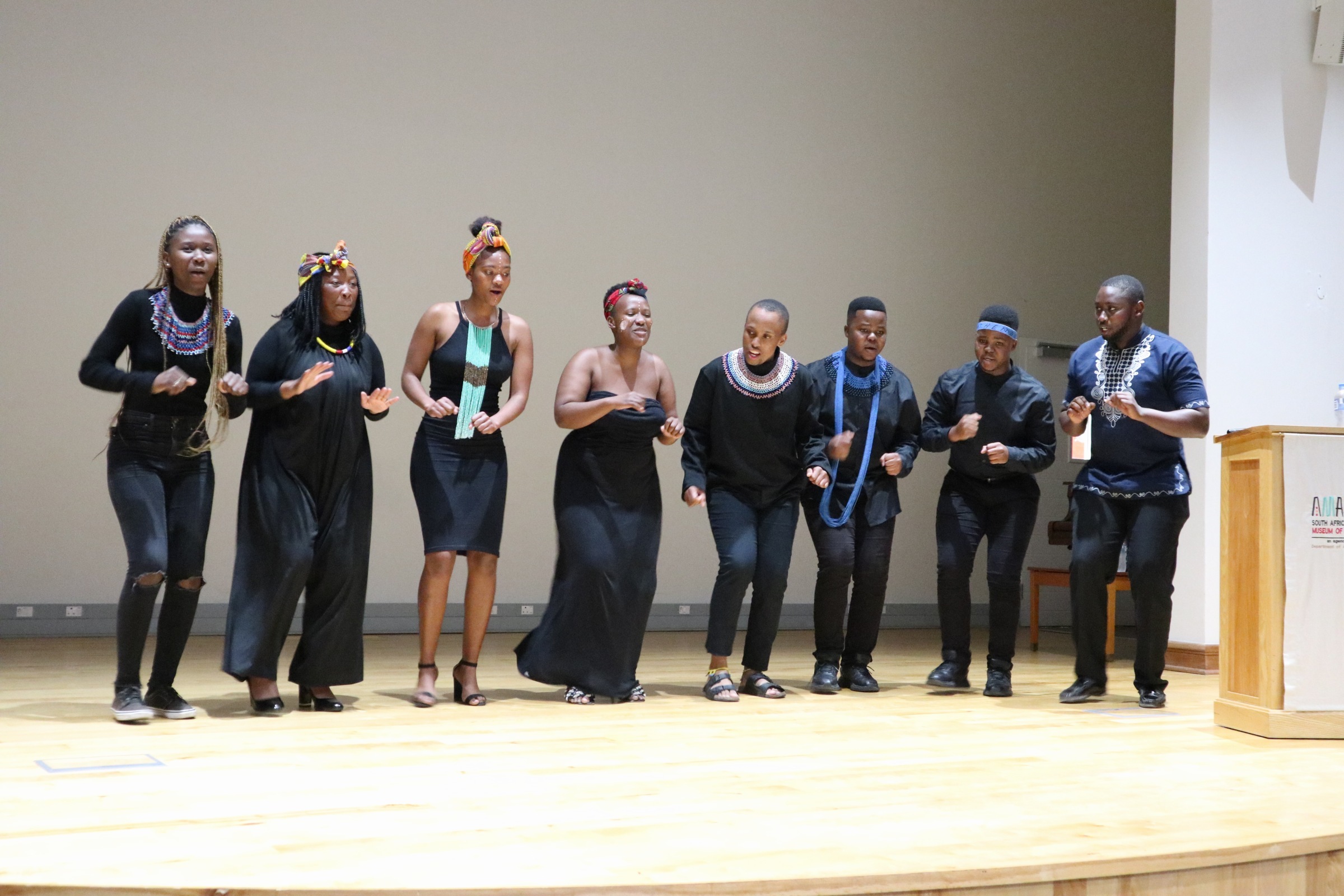 A local choir entertaining the guests at the exhibition opening.

They lived between 1760 and 1999 and made an indelible mark on literature. They composed hymns, wrote novels, short stories, poems, articles and essays; established newspapers and translated literary work between English and IsiXhosa. Their works live on, yet their names are in danger of being forgotten.

In the spirit of Africa month, Amazwi South African Museum of Literature opened its exhibition of Xhosa literary giants on Thursday, 26 May,

“Africa Day commemorates the establishment of what was then called the OAU and presents an opportunity for us to celebrate both tangible and intangible African heritage,” said Amazwi director Beverley Thomas.

The exhibition gives an overview of the legends’ lives and some of their significant works. Nine Amazwi staff workers collaborated to research, find pictures, fact-check, proofread and translate the information into English, IsiXhosa and Afrikaans.

The exhibition also marks the centenary of the passing of the great John Knox Bokwe (1855 – 1922) – a former journalist, minister, musician and hymn writer. Bokwe is known for many literary works, including publishing the first IsiXhosa Hymnbook (1885) and being the composer behind Amaculo ase Lovedale. He also sat on the committee that in 1916 established the South African Native College, now known as Fort Hare University.

Bokwe’s great-grandchildren attended the opening, and his great-grandson Zingisa Bokwe gave the keynote speech. Born 45 years after the passing of his grandfather, Zingisa studied his grandfather’s writings and wants his grandfather to be remembered for three things: he was a person who transcended racial, cultural and traditional boundaries, he was conscious of the environment, and he was politically conscious.

Feel the place where music comes from

A show worthy of the art