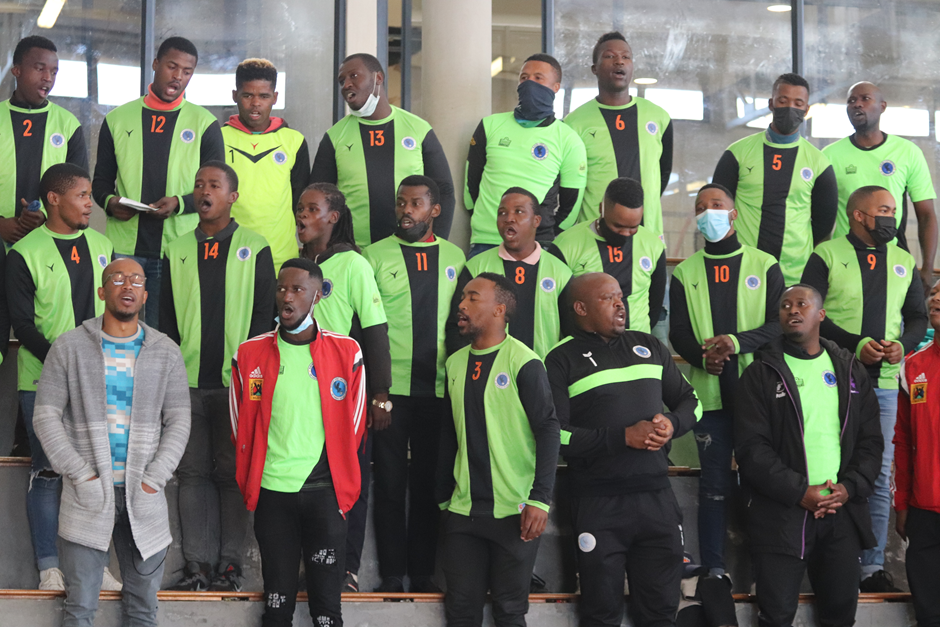 Sorrow and gloom pervaded the memorial service for murdered Parks and Recreation manager, Fundile ‘Jeff’ Budaza, hosted by the Makana Municipality at a packed Joza Indoor Arena on Wednesday.

Budaza was known for his stance against corruption. The way he was gunned down at the gate to his home in Extension 4 at 8 pm on Wednesday, 25 May, bore the hallmarks of a political assassination.

Speaking at the service, a visibly emotional Makana Municipality Executive Mayor Yandiswa Vara said Budaza would “tell you the truth without fear or favour”.

She described Jeff as “very strict but very caring at heart”.

“The way Jeff died, we usually only see in movies. He died because of his willingness to raise a certain problem.”

“This has to never happen again in our beloved town and province,” Vara said.

She lauded Budaza for his workplace contribution and the many roles he occupied in sports in the province. Budaza was the general secretary of the EC Sports Confederation.

“Jeff cared about his community and football in Makhanda. He was a parent to us. When we had problems, professionally or personally, we would run to him, and he would assist,” Dumiso said.

Maru FC had lost the team’s “engine”, and the players and crew are still reeling in disbelief and shock, Dumiso said. “But they will recover in time.”

Close friend Makhaya Ben, better known as ‘Holy’, said he was with Budaza when he took his final breaths.

“We were in denial when we saw him lying on his back, quiet and lifeless. We had hoped Jeff would come back to us as the paramedics tried to save his life,” Ben said.

“My primary concern is the child who saw the events. We need to protect her and take care of her. After the funeral on Friday, everyone will get on with their lives, but the child will hold on to a memory that will last for the rest of her life. More than ever, she needs us now, and we need to be there for her.”

Budaza’s Funeral will be held at the Joza Indoor Arena at 9 am Friday 3 June.

Makana spokesperson Anele Mjekula said municipal office would be open on the day.