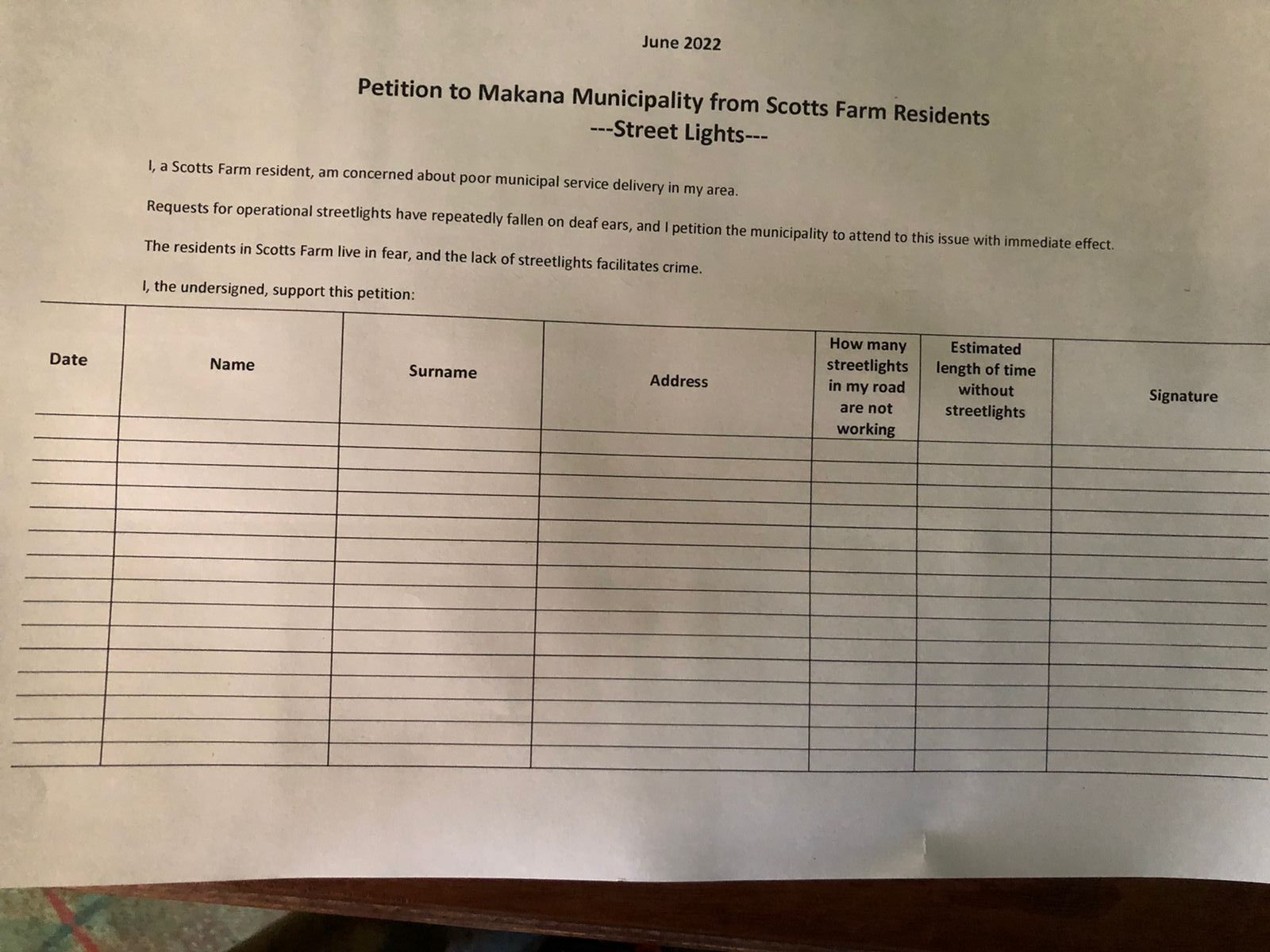 The Scott's Farm street lighting petition which is being circulated by the Ward 4 ward committee. Photo: Geoff Embling

A further four more Ward 4 committee members will be chosen at a meeting at the Recreation Hall on Thursday 2 June at 5.30 pm to join the six members already elected. All Ward 4 residents are free to attend.

The committee has distributed hundreds of pamphlets to popularise the campaign.