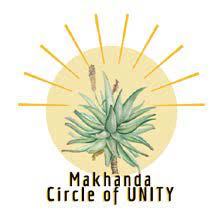 With deep sadness, the Makhanda Circle of Unity (MCU) notes the tragic death of Jeff Budaza, the Manager of the Makana Municipality Parks and Recreation Department. Media reports indicate that Budaza was shot and killed outside his home in Joza, Makhanda. We urge the South African Police Services (SAPS) to leave no stone unturned to resolve this matter and bring anyone behind this murder to book.

In addition to his role at the Local Municipality, Mr Budaza was the founding president and coach of a popular local football team, Maru FC. Social activism was an important measure of his investment in community development and youth upliftment. He knew the role of healthy living as a feature of healthy civic life in any community and worked to make a meaningful contribution in this regard.

Statements and reports in various media (Grocott’s Mail, The Sunday Times) have described Mr Budaza as a social activist, a leader, a great patriot and a principled human being. He was remembered as an anti-corruption official for his efforts to tackle fraud in our municipality.

Mr Budaza’s efforts epitomised the principles of accountable governance and ethical leadership that the MCU seeks to cultivate and bolster in all sectors of the City of Makhanda. The circumstances of his death have left us particularly concerned.

We are alarmed by the increasing trend of violence in our society. Incidents involving public officials seem to be on the rise across the province. This must be confronted at all levels. We call on the Makana Council and Administration to:

We urge all residents of Makhanda, the business fraternity, schools, institutions of higher education, the religious fraternity, and civic organisations to unite against corruption and malfeasance in all spheres of public life.

We join the residents of Makhanda in extending our deepest condolences to Mr Budaza’s family and
friends.