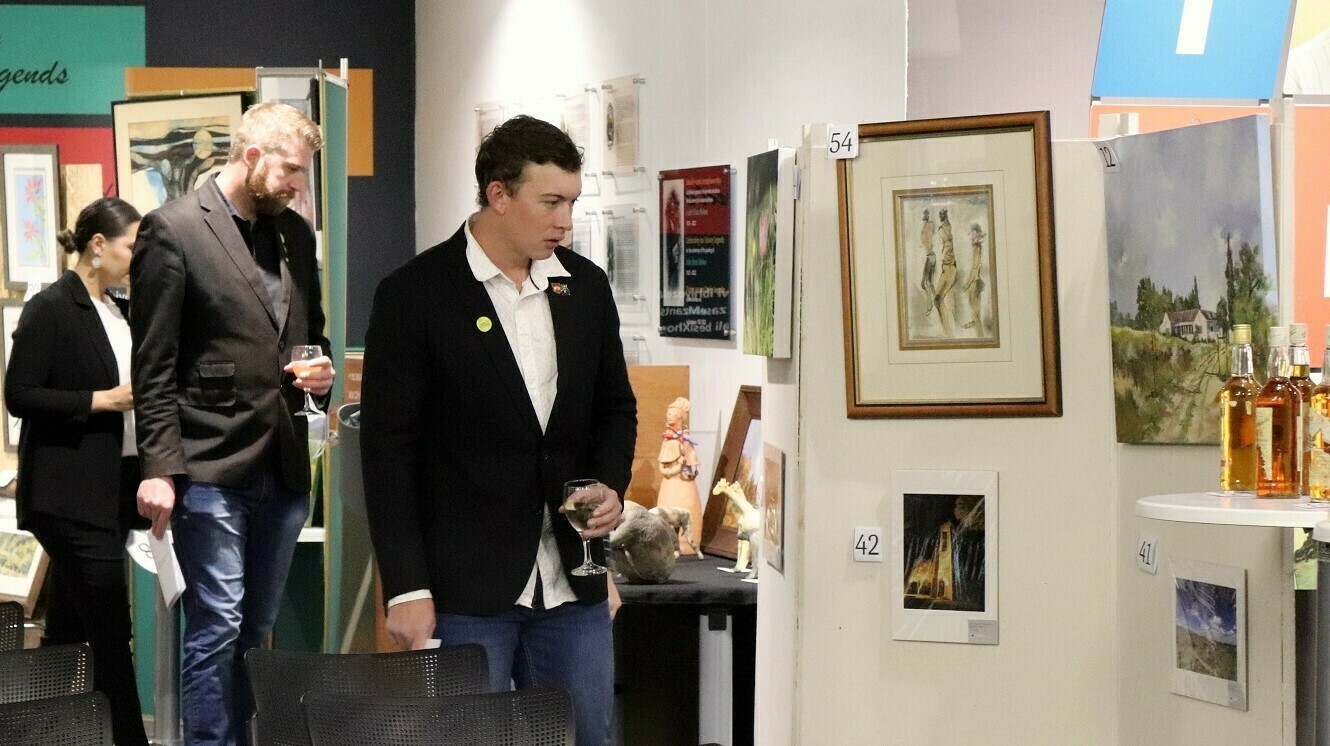 Bidders view the lots at the Food4Futures 'Loads of Lots' auction on Saturday, 28 May, at Amazwi. Photo: Likhapha Thaathaa

The most expensive winning bid of R5 250 at the Food4Futures (F4F) Loads of Lots auction on Saturday, 28 May, was for a ‘Dinner at Home’ to be cooked by none other than F4F founder and manager Mary Birt.

F4F’s first-ever auction sold 78 items for over R80 000 in aid of food parcels for local people in need.

Among the guests at the auction, held at the Amazwi South African Museum of Literature, were several of the car guards who benefit from F4F’s Parking4Parcels project. Ticket booklets are sold to motorists, who pass on tickets to car guards or anyone approaching for food or money, who exchange them for food parcels at F4F.

R5 Parking4Parcels tickets were included in the bidding booklets of all auction participants.

Makana Residents Association chair Sally Price-Smith said the event had contributed to food sustainability for those in need. It offered the community an opportunity to come together to understand, respect, and help less fortunate people with food and other essential needs.

Mary Birt said the months-long planning of the event – logistics, procuring items, managing volunteers, and marketing – was quite a challenge.

The website was vital to the auction’s success. It attracted bidders and gave them ample time to browse their selections and place their bids.

Birt appreciated the local, out-of-town and international donors who contributed a wide range of valuable, high-demand items, from getaways to premium wines and artworks.

The auction was a massive fundraising success, and it also connected the organisation to new people. “People have started recognising us,” Birt said.

Life would be a mistake without music – and the Byrdsongs Choir led by Simon Tibbs enveloped the event with beautiful music.