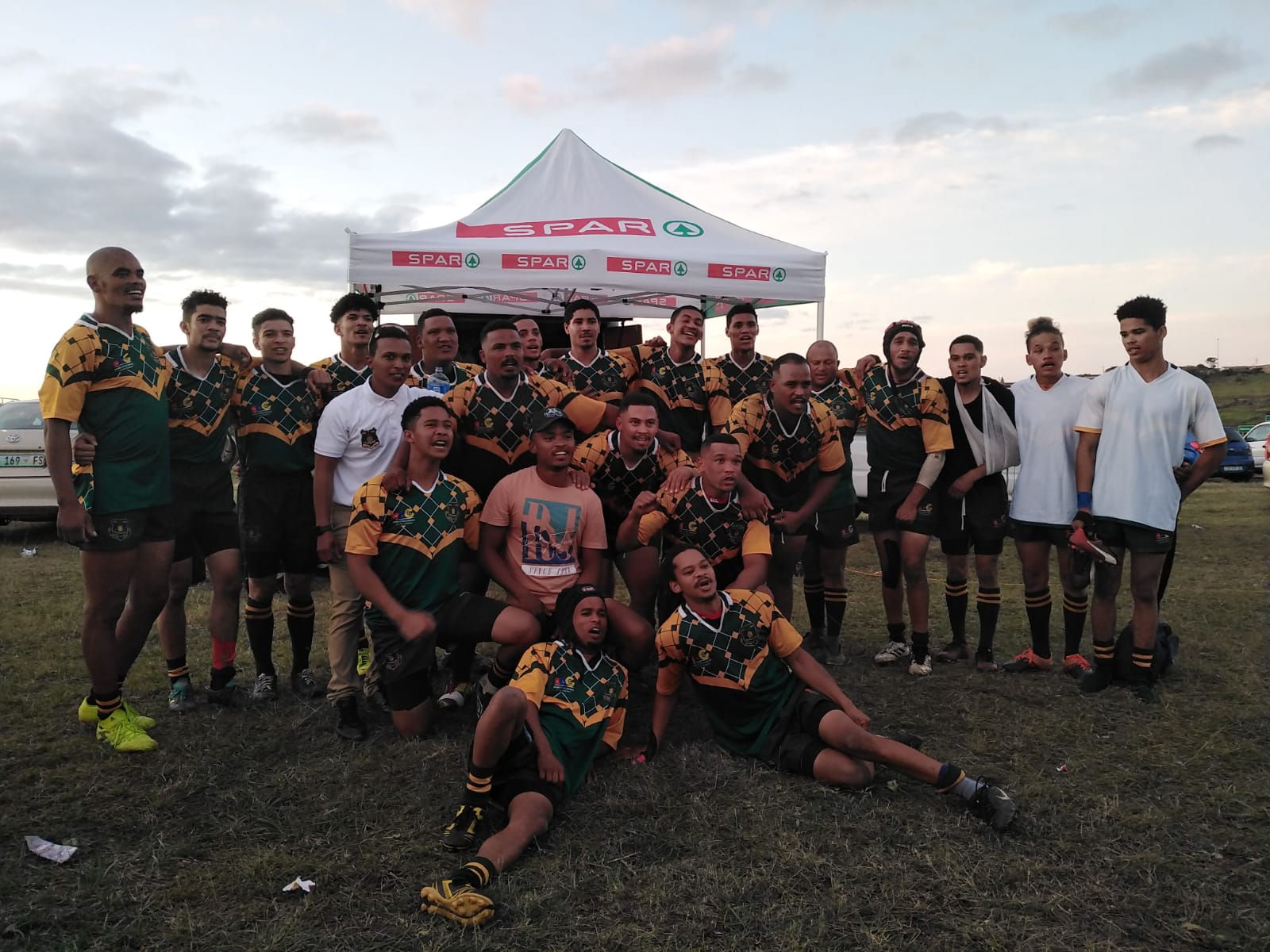 Klipfontein United extended their lead on the overall log position with a 25-0 bonus-point win over Rosebuds in their EPRU SEDRU Regional League encounter played in Klipfontein on Saturday.

Klipfontein continued their winning streak and are still unbeaten after seven matches and firmly on top of the log with 33 points. United scored five unanswered tries to strengthen their lead after completing the first round.

The young and exciting Klipfontein side has shown tremendous promise and form this season and produced some exciting and entertaining rugby. They played as a formidable unit and complemented each other brilliantly on the park. The game was played in an excellent spirit by both teams.

The home side had a good start as they put Rosebuds under pressure from the outset. United punished the visitors’ mistakes which they capitalised into tries. United also dominated at scrum time, and their forwards put their side on the front foot resulting in quality ball for their speedy backs. The visitors found it difficult to find their feet as silly mistakes and unnecessary unforced errors crept in.

The home side continued their first-half dominance and played running rugby in the second half.

The luck was just not on Rosebuds’ side. Although they look promising with ball in hand at the back, they continued to make mistakes.

Grocott’s Mail Man of the Match was George Kleinhans for his outstanding performance for Klipfontein. He scored a long-distance intercept try from inside his 22m area and was brilliant at the breakdown, and his defence was solid.

Klipfontein head coach Nicklon Cannon praised his side’s aggression and ball skills. “The aggression of our boys today stood out and made a vast difference. We forced Rosebuds to make errors in their defensive line, ensuring we played in their half. I am very happy that we managed to pick up bonus points and continue to work hard every game.

“Although we are still unbeaten after seven games, we will still improve and take each game as it comes. I am proud of this young team who gave their all in every game to make our community and sponsors proud. We are now shifting our focus to Rhodes on Friday in Makhanda, and hopefully, we can upset them in their backyard.”

Round two will resume next week.

Previous ArticleNew leadership for local boxing
Next Article A good man gunned down: tributes from shocked friends and comrades