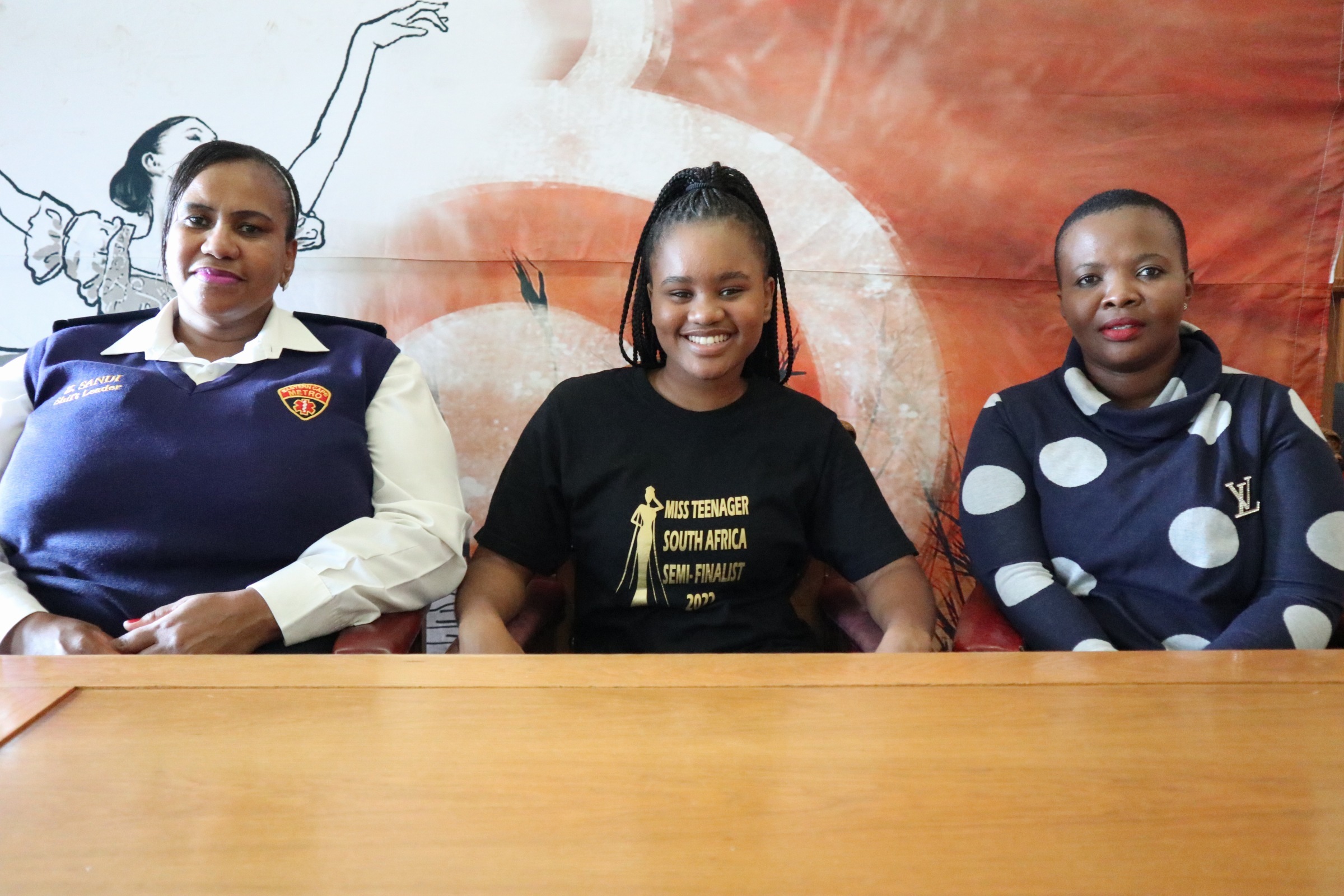 She grew up thinking she was not ‘girly’ enough to enter beauty pageants, but on Sunday, 16-year-old Siyolise Aviwe Sandi will be flying Makhanda’s flag high at the 2022 Miss Teenager South Africa finals in Johannesburg.

Siyolise, a Grade 10 pupil at Victoria Girls’ High, has successfully gone through preliminary rounds to reach the final leg of the national competition.

I wasn’t a pageant girl growing up. I was a jeans and sneakers type of girl, but through my passion for education and my passion for community work I decided to enter.

Speaking at her press briefing earlier this year, Siyolise expressed hope and excitement at the opportunity to represent Makhanda on a national stage and hopefully bring home the coveted title.

If she wins, she wants to use the title to inspire young women and to speak up on societal issues.

If you don’t have power in society, you won’t be listened to.

Siyolise started her journey with Miss Teenager South Africa as a 15-year-old in September last year after seeing an Instagram post advertising the pageant. With encouragement from her agent, she fought through self-doubt to enter the competition and was called back for interviews on 30 October 2021.

She passed the interviews and successfully competed until she became one of 28 contestants to reach the final round of the competition.

Although the competition has been financially demanding, Siyolise’s proud mother, Zoleka Sandi, has worked hard to help Siyolise achieve her goals. Zoleka is a local paramedic and a single mother of two. She needed to raise over R30 000 to help her daughter go on the Miss Teenager South Africa journey.

“Throughout this journey, I have had to literally hold her hand with a suitcase in the other hand, travelling in places that I have never been to before while chasing strict deadlines,” she said.

Makhanda Mayor Yandiswa Vara vowed the municipality would do whatever way it could to provide financial support to Siyolise, the first Miss Teenager South Africa finalist from Makhanda.

“As a municipality, we are proud of Siyolise,” Vara stated. “We will rally behind her.”

The mayor said the municipality did not budget for such things; however, she was prepared to engage the provincial government for support.

This coming Sunday, 29 May, the competition will be concluded at Emperors Palace in Johannesburg.