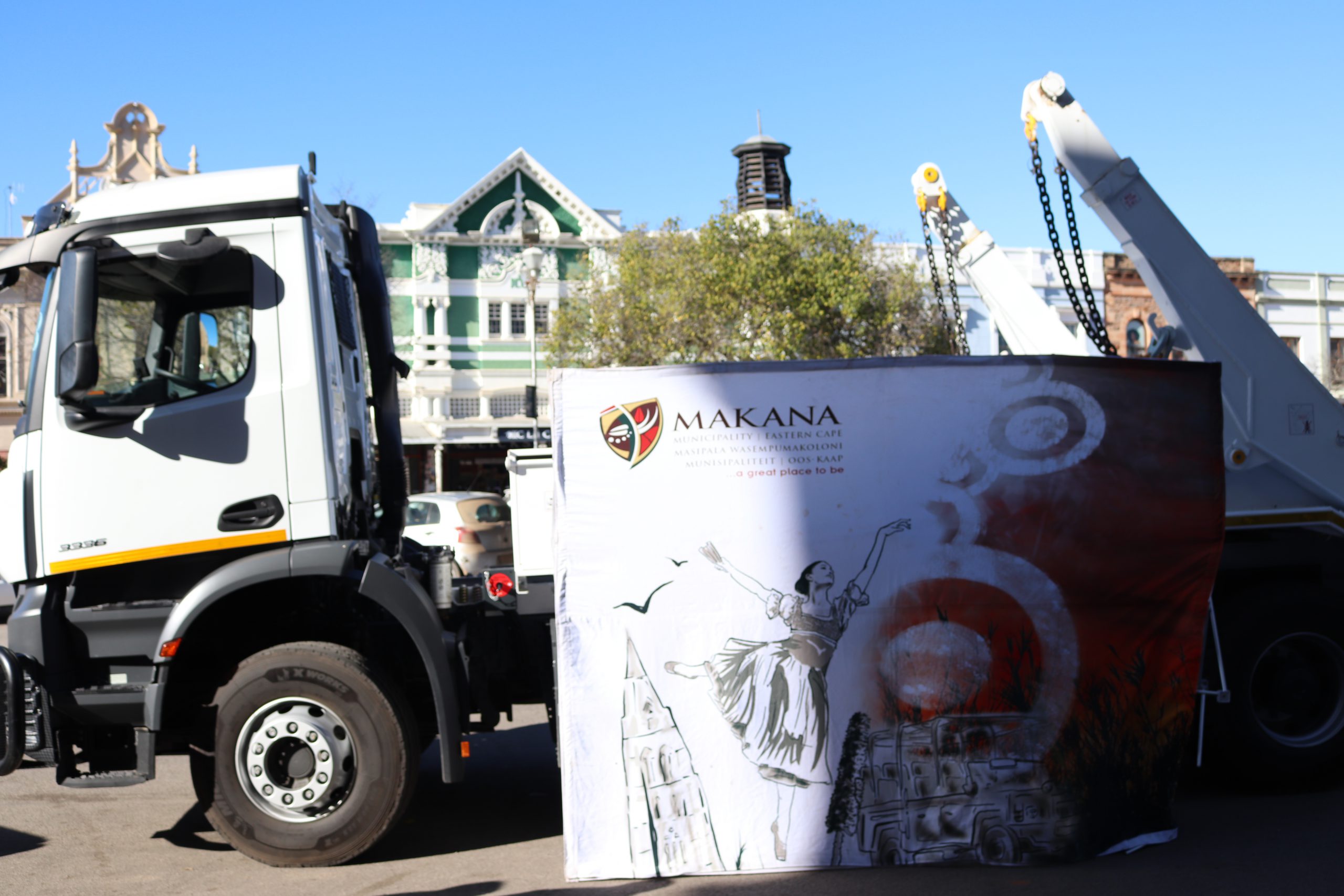 The national Department of Forestry, Fisheries and Environment (DFFE) donated the gleaming vehicle in response to a distress call from Makana’s DCS director Kelello Makgoka.

The vehicle will be put to immediate use by helping to eradicate about 130 illegal dumpsites in Makana.

The municipality failed to meet the Legal Resources Centre’s (LRC) 18 February deadline to fully comply with the Makhanda High Court order of September 2021 to eradicate these dumpsites.

But, some progress has been made. The dumpsite next to the JD Dlepu stadium was recently removed, and the LRC acknowledged that the Municipality now has a plan to eradicate most of the dumpsites over the next two years.

Mayor Vara said it was “no secret” that waste management was a huge challenge in the city. “We believe that with this truck, specialized for this work, the challenges will be addressed.”

“We might not have money as an institution, but there are channels – our responsibility is to insure the truck and ensure it does the work it meant to do.”

Meanwhile, serious mechanical problems with Makana Municipality’s refuse trucks have led to collection delays this past week. Makana spokesperson Anele Mjekula said it was hoped the trucks would be repaired within a week. In the meantime, smaller trucks were being used, leading to delays.

The report also showed that the municipality’s failure to provide household refuse bags and community waste receptacles had contributed to the unchecked proliferation of illegal dumpsites.

The Department of Forestry, Fisheries and Environment donated waste vehicles to several municipalities – including Makana – to improve waste collection and address illegal dumping.