Attackers and Pirates draw in first leg of promotion play-off 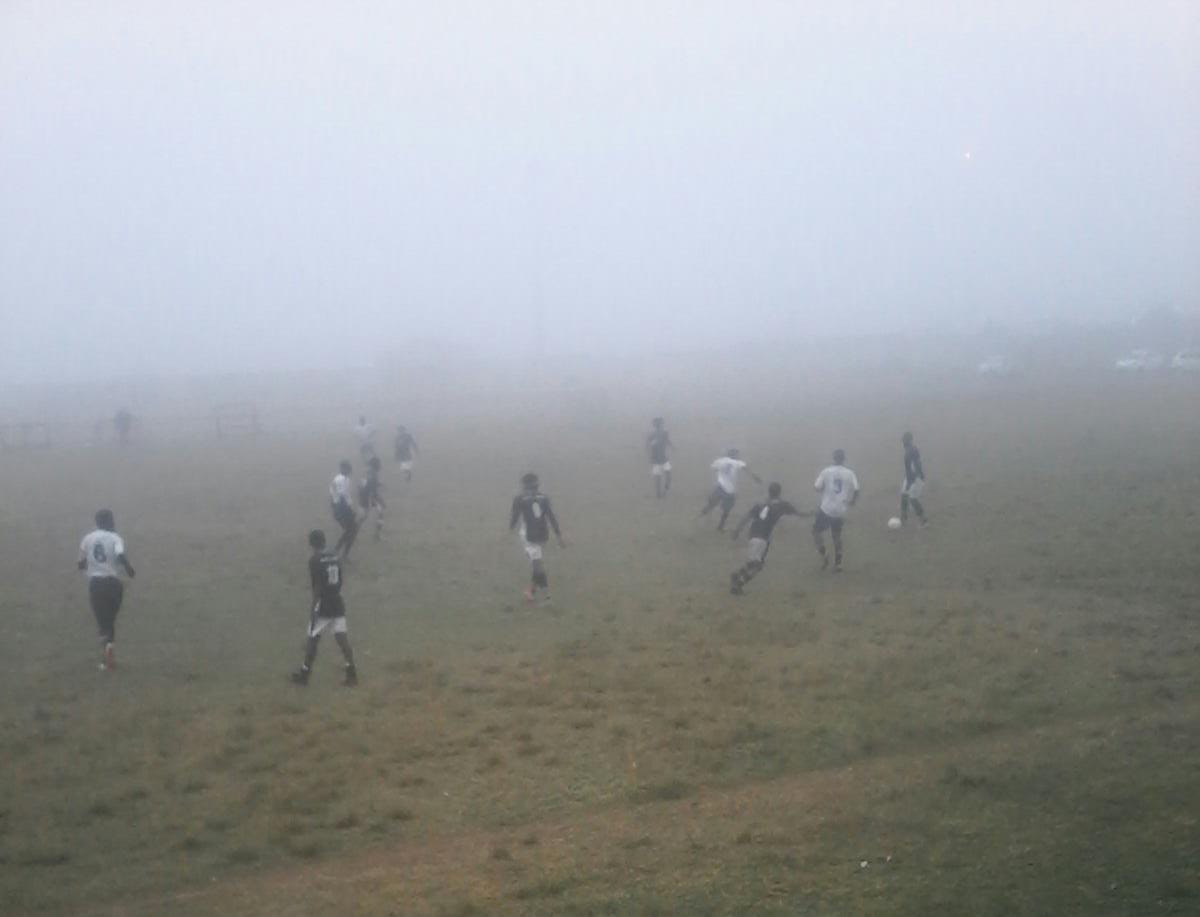 Attackers in black and Pirates in white in their fight for promotion honours. Photo: Chris Totobela

Football fans braved the freezing wet weather on Saturday to witness the first leg of the battle for honours and promotion.

XI Attackers played host to City Pirates, reviving their long rivalry. The game was supposed to start at 3 pm but got underway 45 minutes later as there was no sign of match officials. Both teams enjoyed a prolonged warm-up session until one match official showed up.

It was a disgrace as fans sat in the cold, knowing if the game would go on or not. Finally, the game got underway, and both teams quickly forgot the pre-match ordeal.

Both teams seemed to be cautious and were not careless in their attacks. However, midway through the first half, they threw caution into the wind and started playing the free-flowing football that both teams are well known for.

Pirates put Attackers under enormous pressure in the last ten minutes of the half and were unlucky not to score as they went to the break locked at 0-0. In the second half, both teams showed urgency and attacked with purpose but still failed to use the chances they created.

Pirates eventually broke the deadlock via their speedy winger Aviwe Klaas. Attackers fought back and threw everything on their opponents and were finally rewarded when Khanyisa Zuzile drove home a well taken shot with only twelve minutes left on the referee’s clock.

Finally, the referee blew the whistle to bring the game to an end. The game ended at one all, and there will be everything to play for when the two sides meet again this coming weekend.