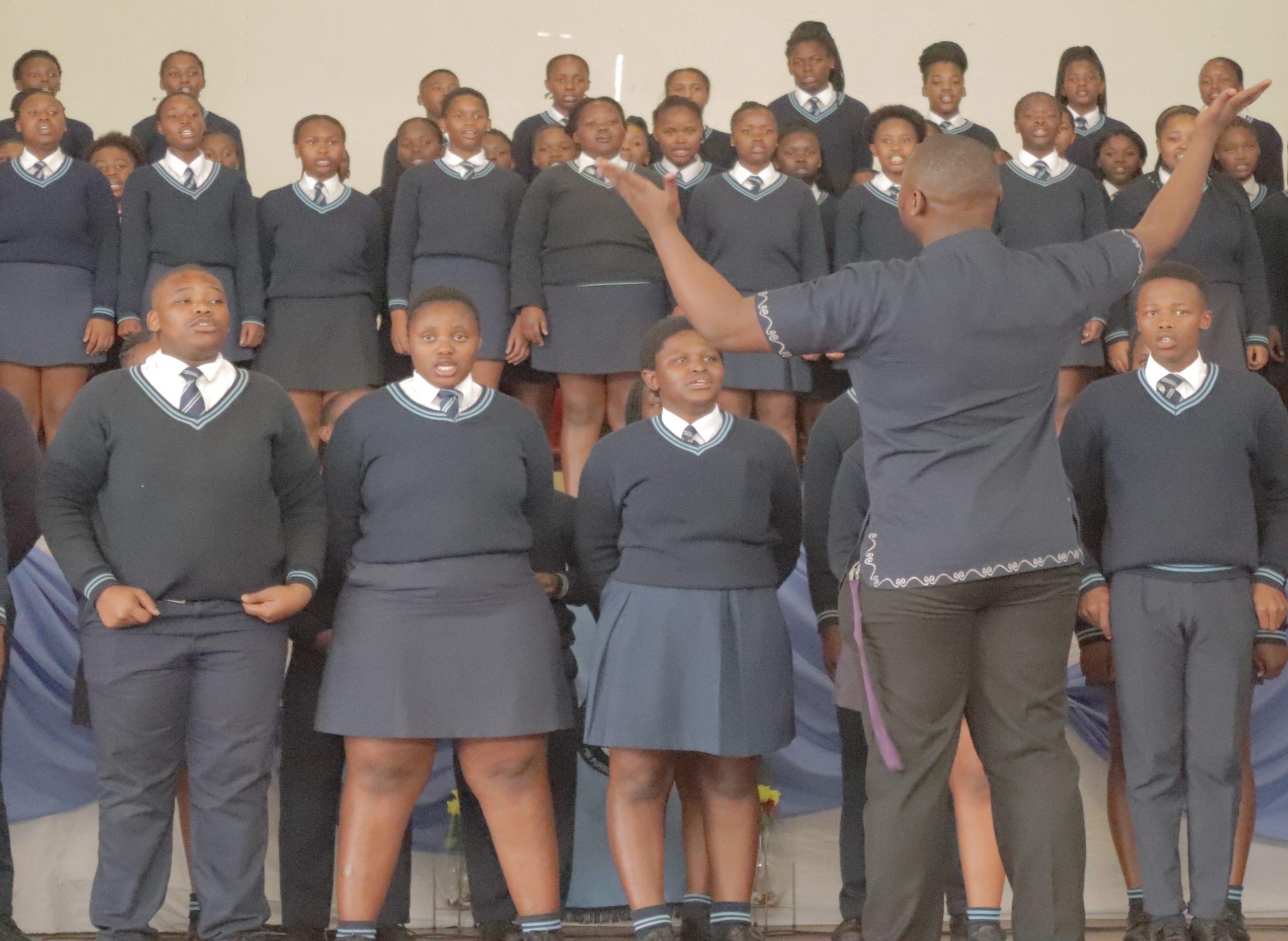 Khutliso Daniels High School’s highly-anticipated music concert finally arrived on 8 May at the Indoor Sports Centre. The Makhanda community showed its support by turning up in numbers at the sparkling concert organised by Lonwabo Sandi.

There were lively scenes and huge smiles from the audience. The Khutliso Daniels concert proved yet again that electrifying music forms a fundamental basis for this town.

The concert rekindled the excitement and goosebumps of Masicule!, which arose from the ashes of Covid-19 in March, setting a high bar at the Monument’s Guy Butler Theatre in March.

Music plays a fundamental role in our collective psyche, more than just listening to a melody and enjoying lyrics. Have you ever heard a song and felt something moving you to shed tears? Have you ever been in a performance where you felt like clambering onto the stage even though you know that you have a lousy voice?

When the choir sang ‘Senzeni na’ and raised pamphlets to fight against gender-based violence, the audience was deeply moved.

The liberation song carries a political significance. It united us and let us be heard in the struggle against colonial conquest and racial inequality. But, it now asks us, are women heard?

Several other performances included poetry, soloists, and acapella groups, and the host, Tsepiso Nzayo, entertained the audience with his comedy.

Lonwabo Sandi talked about the importance of coming together as a community, employing music for social change and embracing the essence of togetherness.

Sandi said his love of music inspired him to form “this group of wonderful kids who are enthusiastic about music”.

When he started, he noticed they already had talent – the only thing they needed was someone to guide them.