How to make a Ukrainian quilt 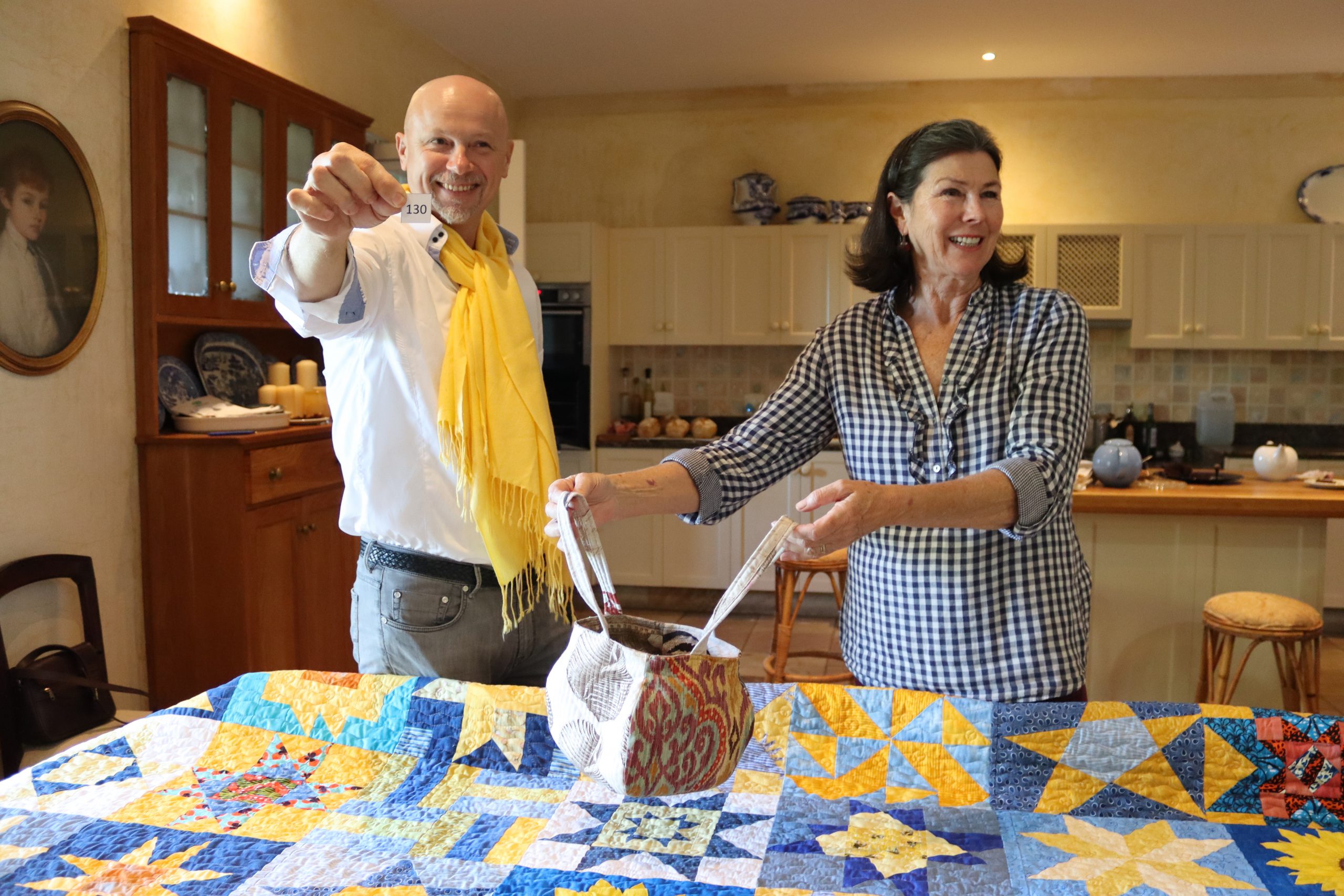 Retired Rhodes University librarian Eileen Shepherd has won the fundraising quilt sewn and stitched by the Quilters of Grahamstown (QUOGS) for the people of Ukraine.

Shepherd said she was “thrilled to be the proud owner of this work of art so painstakingly created by these talented ladies”.

“What a wonderful surprise to receive a call informing me that I am the very lucky winner of this utterly beautiful quilt. I will treasure it and be reminded every time I look at it of the worthwhile cause which inspired the QUOGS to embark on this venture,” she added.

Kayerleber, 48, who has been living in South Africa for 12 years, drove with his wife Karen from their home in Graaff-Reinet to participate in the draw.

His parents live in Kyiv. His father, born during the Second World War, told him that he never expected to experience another war like this in his lifetime.

His parents bravely stayed put at the start of the invasion, thinking they could make use of a bunker under the house. But, when a missile exploded just 500m away and shook the house’s foundations, they were successfully evacuated on a 28-hour train journey to Poland.

Karen Davies, who initiated the Ukrainian quilt project, has been a member since 2001. She was inspired by a family member who successfully raffled a painting to raise funds for Ukraine.

The exquisite single bed quilt is themed on Ukraine’s national flower (the sunflower) and the distinctive blue and white of the national flag.

Raffle tickets were snapped up on www.justgiving.com/fundraising/quogs, by concerned citizens worldwide. Each donation of $10 bought one ‘ticket’ and a chance to win the unique quilt. But, some bought tickets for as much as $100.

One of the QUOGS, Mariss Stevens, documented the process of making the quilt on her blog. “There’s a magic to quilting. There are lots of quilters worldwide, and they are always very nice people!” she said.

Another QUOG, Sue Hummel, explained that quilting essentially takes three layers of fabric and stitches them together. This can be done by stitching manually using a needle and thread or mechanically using a sewing machine or specialised longarm quilting system. An array of stitches is passed through all layers of the fabric to create a three-dimensional padded surface.