‘Game of the century’ at Bedford derby 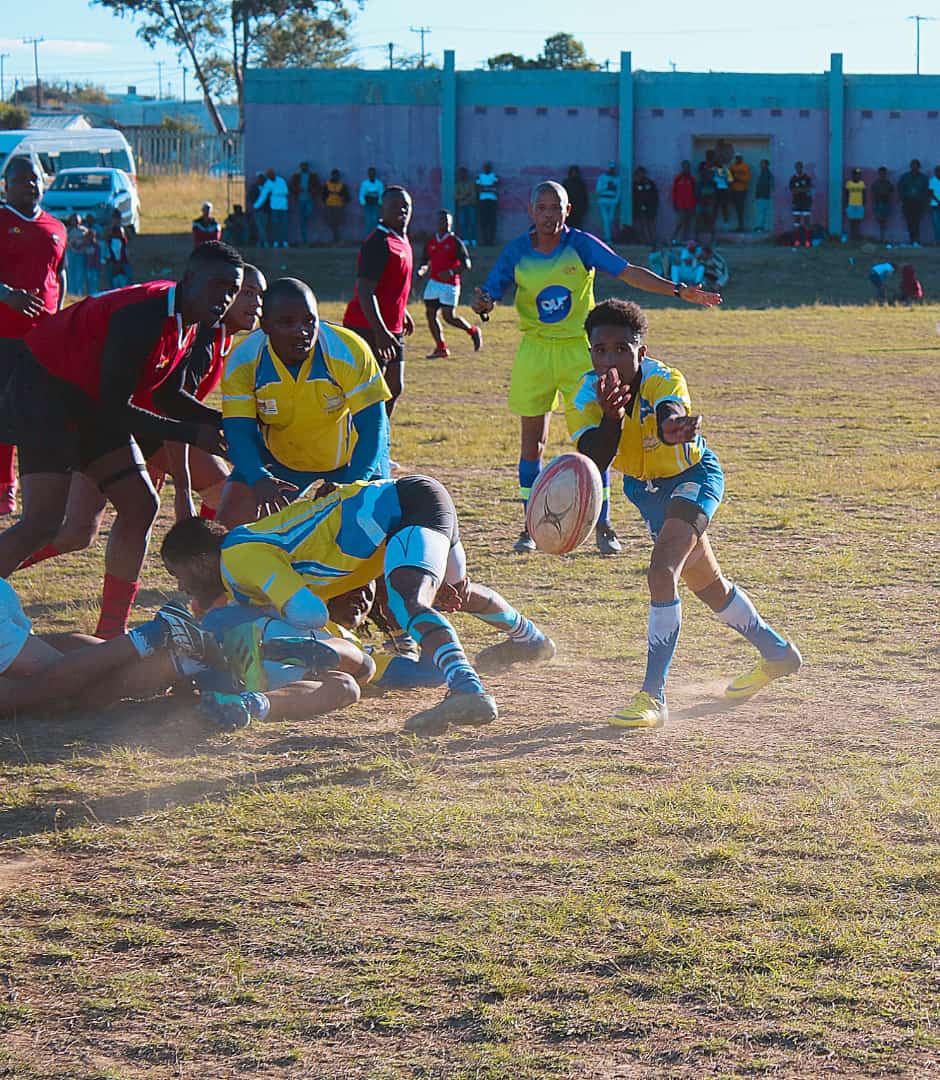 Action from the intense Bedford derby between Crusaders and Cranes. Photo: Esston Media

Bedford Crusaders claimed hard-fought bragging rights in their local Bedford Derby against Bedford Cranes with a humdinger 15-12 win. The derby was part of the EPRU Midlands Regional League that saw Crusaders take a 15-9 lead at halftime.

On a perfect day for rugby on Saturday, 30 April 2022. It will go down in history as the day small-town Bedford showed everybody that there is majestic, raw rugby talent even in rural areas.

This is one of the biggest derbies in the Eastern Cape, and it lived up to expectations. It was witnessed by thousands who were eager to see who would be crowned Bedford Champs.

The encounter was played in a fantastic spirit with excellent discipline from both these talented and skilful sides. As expected, it was also intensely physical and was played at a high tempo.

Both teams entered the field with a profound hunger to win and make their local faithful proud. And they did just that with endless entertaining and running rugby from the outset. A pleasure to watch, the thousands of spectators were on their feet.

The home side Cranes drew first blood and opened the scoring with a penalty in the third minute through the accurate boot of fly-half Kasper Tyson. But their lead was short-lived as Saders full-back Alfonso Koester ran straight through the defence to score under the poles, after some excellent donkey work up front by the hardworking forwards. Fly-half William Trollop made no mistake with the conversion and put his side into a 7-3 lead.

The physical confrontation continued with both teams launching endless waves of attack at each other, searching for elusive points. Both teams’ defences stood firm. Tyson slotted two more penalties while 130kg Crusader prop Nando Jacobs bulldozed his way through a couple of defenders to score a fine try. Trollop’s penalty gave Crusaders a 15-9 lead at the break.

The second half promised to be a titanic battle. The crowd started singing and dancing and cheering their beloved boys on – and rightfully so. The margins of errors in a game of this calibre are tiny. This was evident in the second half, as points were not easy to get.

Scoring opportunities were limited, as both teams put their bodies on the line. They can be complimented for their colossal, rock-solid defensive efforts. Blood, sweat and tears were the order of the day, and it needed something special to find a winner in the end. Cranes showed tremendous courage and never-say-die effort.

The accurate boot of Tyson kept them in range with the only points in the second half via a penalty to narrow matters 12-15 in favour of Saders.

The remainder of the second half was intense and nerve-wracking. It was Cranes who came hard at Crusaders in search of the winner, but Saders’ defences stood firm. The game went to 84 minutes to decide the winner—full credit to both teams for their sterling and momentous effort. The Bedford community was treated to highly entertaining rugby, well worth their money.

In the end, it was Crusaders who took the chances afforded them and converted them into points.

Community members described the game as one of the best rugby derbies in years on social media.

The Crusaders’ firing eighth man, Sive Machaca, was voted the Grocott’s Mail Sports Man of the Match for his all-round performance on the day. He was brilliant in attack and rock-solid in defence. He controlled the game from the back of the scrum and was excellent at the breakdown.

The Secretary of Bedford Cranes, Neil Bennet, was impressed with the local Derby and heaped praise upon both clubs for their distinctive discipline and character. “I have never witnessed our local rugby teams play at that high intensity, physicality and aggression. Anyone who watched the game can attest they witnessed something special. I bow down to both teams for giving spectators a game they will never forget. To the officiating crew, Llewellyn Loots, Roy Sap toe and especially Chelsey Chaste Pro Daniels – guys, it needed an extraordinary group of people to handle the match. You did the refereeing fraternity justice.

“In the end, the Crusaders’ hunger landed them the victory. Coming from an Executive Member of the losing team, it’s the first Derby where there were no yellow cards, no red cards, and no complaints. This says a lot about the handling of a match with such high intensity and aggression. The best team on the day won. We will take a loss like that anytime, anywhere—well done, Saders. To my team Bedford Cranes, we lost with dignity; keep your heads up, guys. We will rise again. Rugby surely was the winner,” he said.