Wonkidonki will put some hee in your haw this Festival 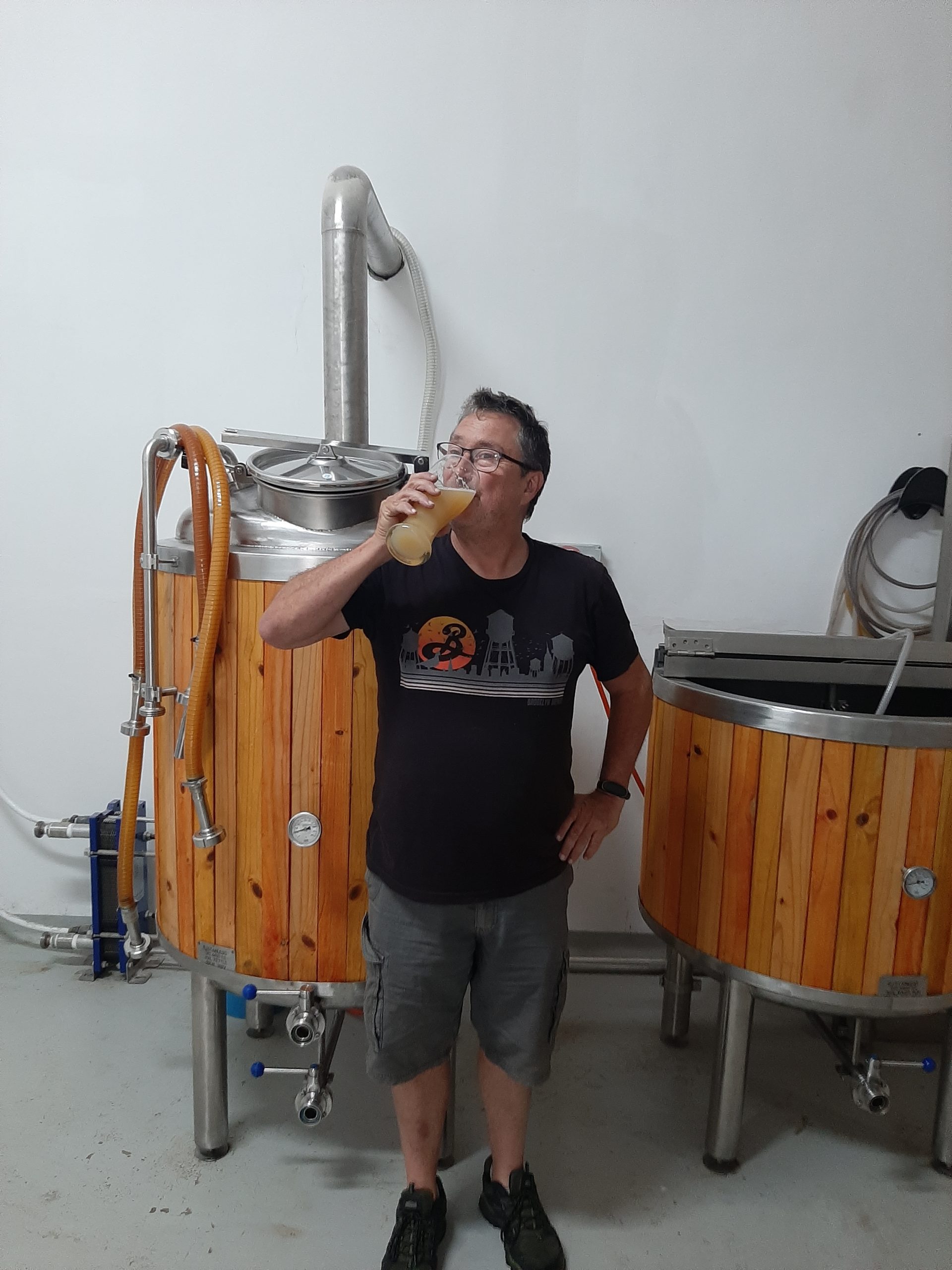 Featherstone Breweries owner William Yell samples a glass of Wonkidonki African Pale Ale, which will be available at local venues during the National Arts Festival from 23 June. Picture: Loyyiso Dyongman

Local brew, Wonkidonki African Pale Ale, will be available during this year’s National Arts Festival to all licensed venues.

Featherstone Breweries owner William Yell said Wonkidonki had been in development for some time.

“I have brewed a few small batches as trials that all went well with minor changes each time. It is a lager style beer and aimed to be a lighter beer. But, it’s settled at an average of five per cent alcohol by volume, which seems to be the level expected by SA beer drinkers.

“I saw the potential in 2020, but the whole project took a back seat during the pandemic. The biggest thing was to get a label designed. And when I saw Mookie Chapman’s street art in town sparked my imagination and his artistic talent,” Yell said.

In addition to barley, hops, water and yeast, Wonkidonkey has a sprinkle of treacle sugar for flavour. “The treacle is dark and strong, but the quantities are so tiny you won’t notice it and too much. It gives the beer a unique flavour along the lines of caramelised sugar but slightly richer.”

Ales usually take two to three weeks from grain to glass. But, Wonkidonki is cold conditioned for an extra week for crispness. “It’s a beer brewed for market appeal, representing the epitome of our town. Arty by nature and unique but not too far removed from lagers we know and appreciate,” he said.

He said the beer could be bought at Pick n Pay Liquor in Makhanda, Richmond Hill Brewery in Gqeberha and Featherstone Brewery’s online store,  where a six-pack costs R150.

In addition, Yell said Wild Spirit Lodge on the Garden Route recently added Wonkidonki to its beer lineup, and they say “it’s walking out the door”!

Craft Breweries are cooperative: “We collaborate closely with Richmond Hill Brewing in brewing and distribution and some other smaller breweries. I’m brewing seven core beers and three seasonal releases. I think I’ve made life difficult for myself with new beers, and some of them may need to be seasonal editions for practical reasons,” Yell said.

Featherstone is awaiting license approval for a beer garden, which they hope will open soon.

“Festival Ale, an official beer for the National Arts Festival, has been brewed before, but the 2022 edition will be the best. By the start of the Festival, I hope to have beers in every licensed establishment in town,” Yell said.