What is the meaning of freedom? 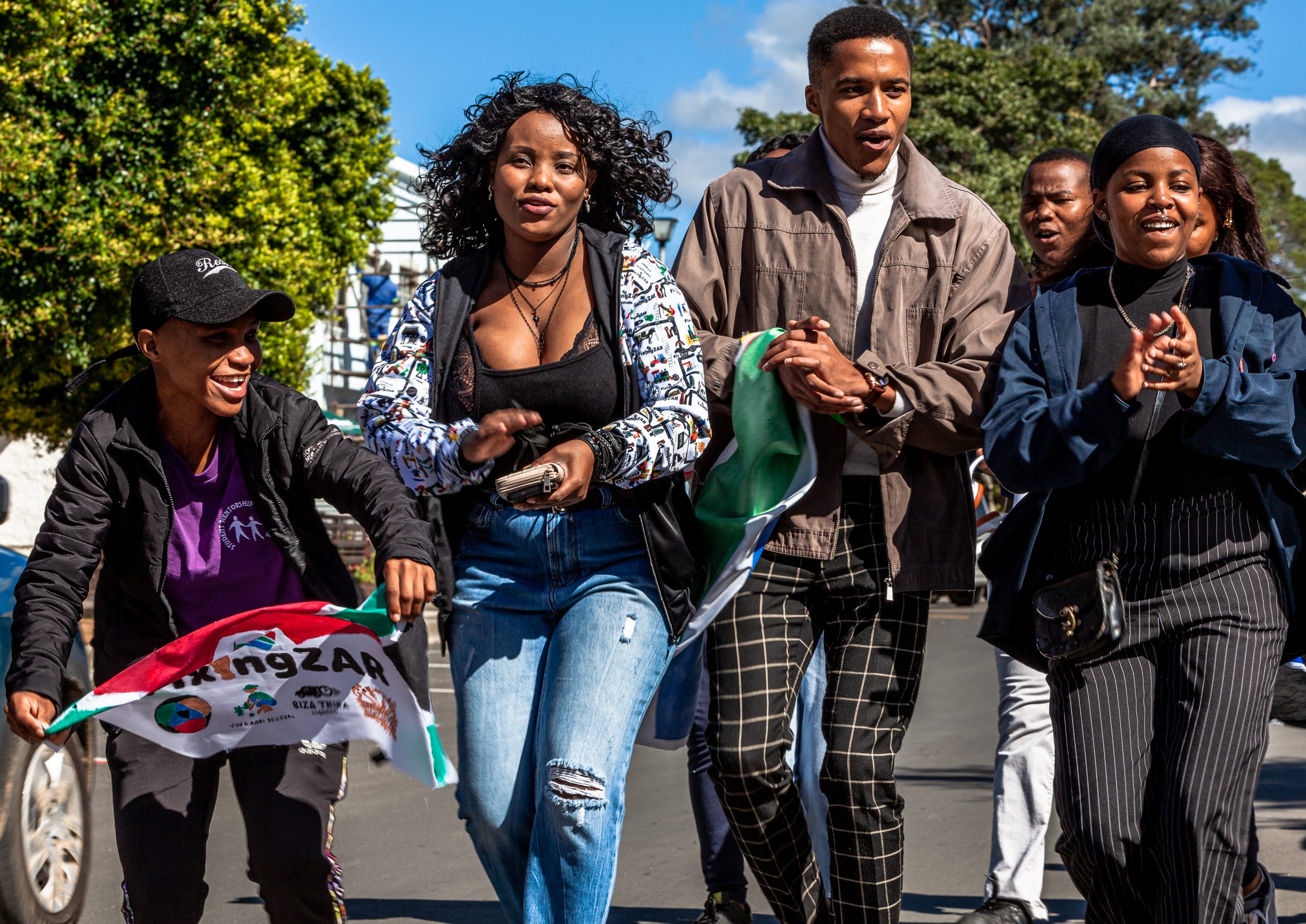 What is freedom? Are we free? What is it we are free from? How do we exercise it? What is it for?

On Wednesday, Freedom Day was observed under the theme “Consolidate our democratic gains” at The Black Power Station.

When a group of young people gathered under the Drostdy Arch waiting for their transport to the venue, the mood was lively as they chanted songs. But, by the end of the day, they were also speaking about astronomical youth unemployment, inequality, and gender-based violence. Are we able to change our education system? How do we foster ways to participate in economic and political activities?

When they arrived at the venue, Xolile Madinda, welcomed the guests by picking an individual to read a random page from a book.

Madinda says this is an important ritual – not just to break the ice but to address the stereotype that black people don’t read!

He says The Black Power Station receives many book donations – and they are not there to just decorate the shelves. Reading them out loud is a way to generate and start conversations.

And on the day, there were many conversations.

Prof Julia Wells talked about the 1820 settlers. Audience members questioned why it was important to look at history when it was so discomforting. They discussed the importance of interpreting, evaluating and questioning the writing of South African history.

Prof Philip Machanick suggested bringing the concept of Ubuntu into politics. He asked why people get involved in politics in the country – is it for personal gain rather than serving the masses?

Kholiswa Mqotywana said the time for the youth to expect the government to come to their rescue is over. Young people agreed. They are hopeful about creating work opportunities for themselves.

Madinda said he was content. “Here we building a community: we are trying to play a crucial role and influence the next generation. Even if we have just ten people on the day – to me it’s not about filling the space. So today I am happy because ever since we started we have been having dialogues – young and old engaging and talking about crucial issues that we are facing as a country in a post-apartheid era.

“There’s no intense feeling even though we are talking about serious matters. People are open to having dialogues, to learning; hence I am grateful to all the people who came here,” he said.

Madinda says The Black Power Station is “a space open for everyone regardless of race, a space to deal with the baggage of the past and the present in a neutral and open space in an artistic way”. He sees art as a stimulus to conversation in an inclusive space.

Steve Biko’s ideas about freedom energise him. Biko fought the system in an intellectual and creative way. People see Biko in a narrow, political sense – but, for Madinda Biko addresses one’s state of mind, the way of thinking about yourself.

Influenced by Biko, The Black Power Station invites people to engage – and everyone is invited.