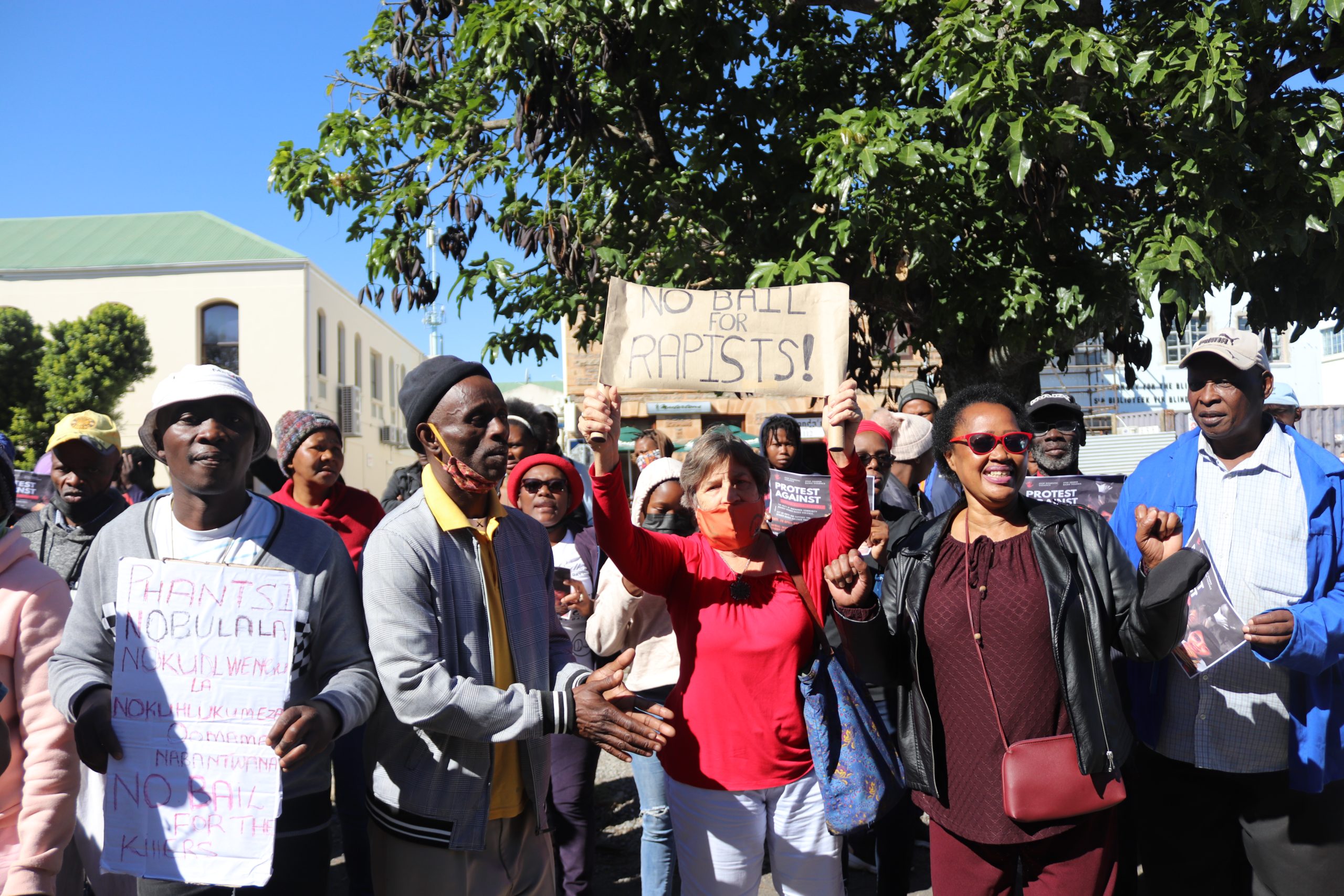 Protesters against GBV in front of the Magistrate's Court on Tuesday, 26 April. Photo: Toto Tsarneba

About 30 furious protestors gathered in front of the Grahamstown Magistrate Court on Tuesday, 26 April, to demand justice for the murder of a woman found dead in eNkanini on April 14 and the survivor of a brutal attack in Riebeek East on April 15.

The application by the murder suspect for a state-sponsored lawyer was unsuccessful as he is permanently employed by the Department of Public Works and is covered by Legal Wise. The case was postponed to 3 May to allow the suspect to find a lawyer.

The rape suspect was held in custody with no bail until the case resumes on 29 April. The court took this decision to protect the alleged suspect from angry community members. The suspect was asked to provide an address where he could go when he gets bail since it is no longer safe to stay at home.

The protesters signed a petition saying that no bail should be granted to either suspect. They said they would take their petition to the community designated by the rape suspect once he received bail so that he remained behind bars.

The protesters vowed they would be back when the trial resumed on Friday.

Civic and political organisations joined the protest, including the MCF, EFF, ANC, and Women’s League.

The family members of the murdered woman explained the terrible situation that she experienced in a relationship.

The victim’s nephew said the suspect was “supposed to take care of his aunt” but was “just an animal”.

“Not all men are trash. It is only the few who do bad things, like the suspect in connection with the murder of my aunt,” he said.

The murder victim’s sister said her sister had told her about the abusive relationship. She recalled that around December 2021, she suggested that her sister leave Makhanda for Ngqushwa to escape the abusive man. But, she did not like the idea of leaving.

The sister attempted to open a case of abuse against the suspect, but the police told her that victim should open the case herself.

Deeply hurt by the passing of her sister, she is praying that the alleged murderer will face the consequences.