A beautiful and functional environmental solution 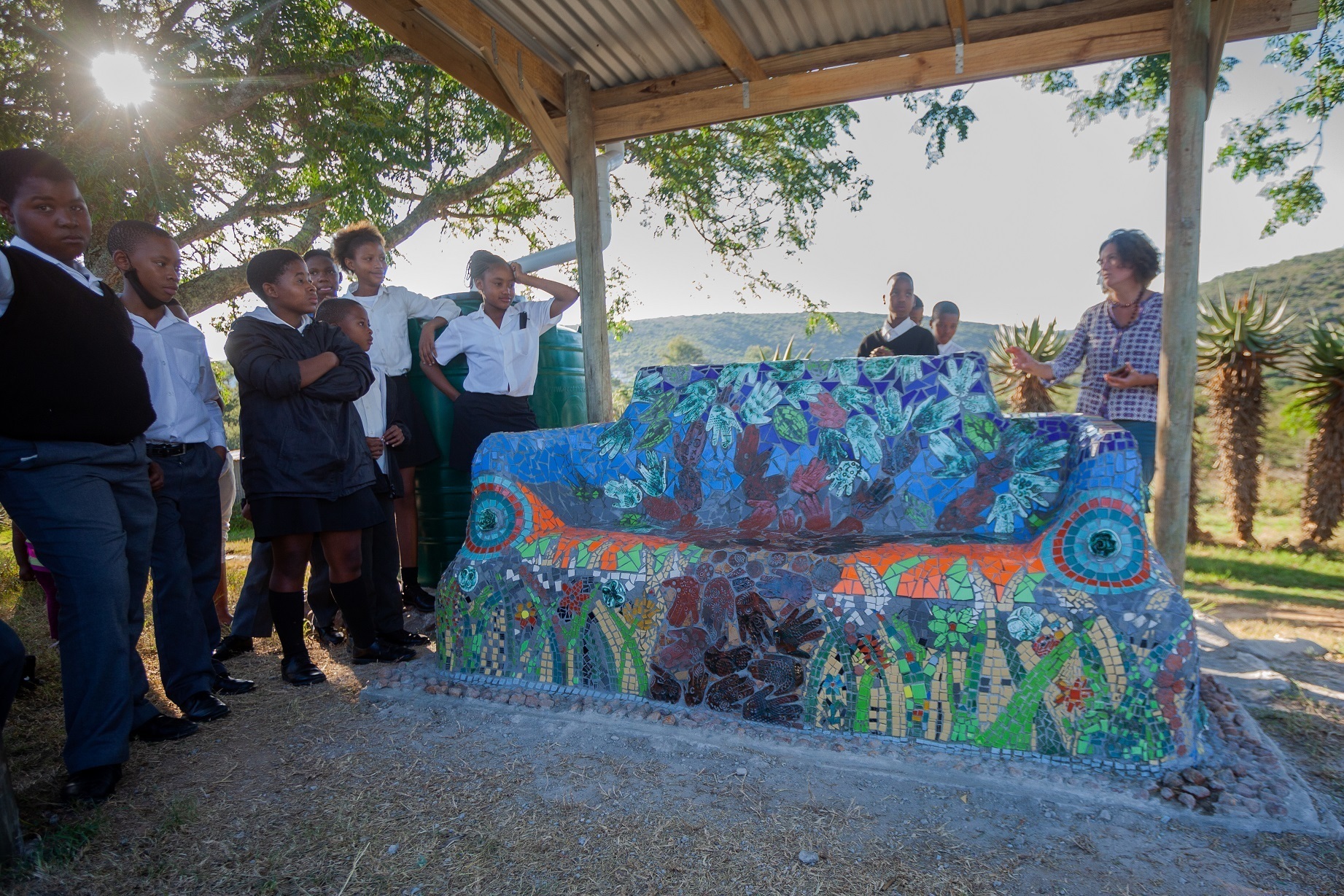 The tight-knit community of Riebeek East was alive with excitement on Thursday, 21 April, as the first of two benches built with eco-bricks was unveiled.

The bench, made by 20 school children from Riebeeck East Combined school, was covered in a bright mosaic.

Hands On Project manager Yolande Delport, alongside Tracy Herselman, the project coordinator, facilitator and artistic designer, said the aim was to create something beautiful, functional and with an environmental impact.

The benches are made of plastic bottles filled with plastic, called eco-bricks, and chicken wire to bind the bottles into shape, and then covered in cement. Lastly, they are decorated with mosaics created by the community’s children.

Delport said to bring the idea to life, the project had many sparks, including funding from the Department of Sport Recreation Arts and Culture. But the primary spark was the community that believed in them and showed interest in the project.

Alikho Jeyi and Sineliso Bambatha, who cut the bow during the unveiling of the bench, said the experience taught them to work with ceramics and would help them in their future careers, especially if they pursue an artistic path.

Nobelungu Sombityo, a worker at the Ibhabhathane Community Centre, said the project exposed their community to the artwork of ceramics and eco-bricks, but it also provided individuals like herself with economic opportunities she cooked for the children and everyone participating in the project.

Echoing the same words of gratitude Ntombentsha Jeyi, Alikho’s mother, said this was an excellent initiative for their community. It provided a resting place, water tank, and shelter for the school children when waiting for transport after school and the wider community.

Next to the bench, there is a 1000 litre JoJo tank that collects water from the shelter’s roof that the bench is placed under. The community can use this water.