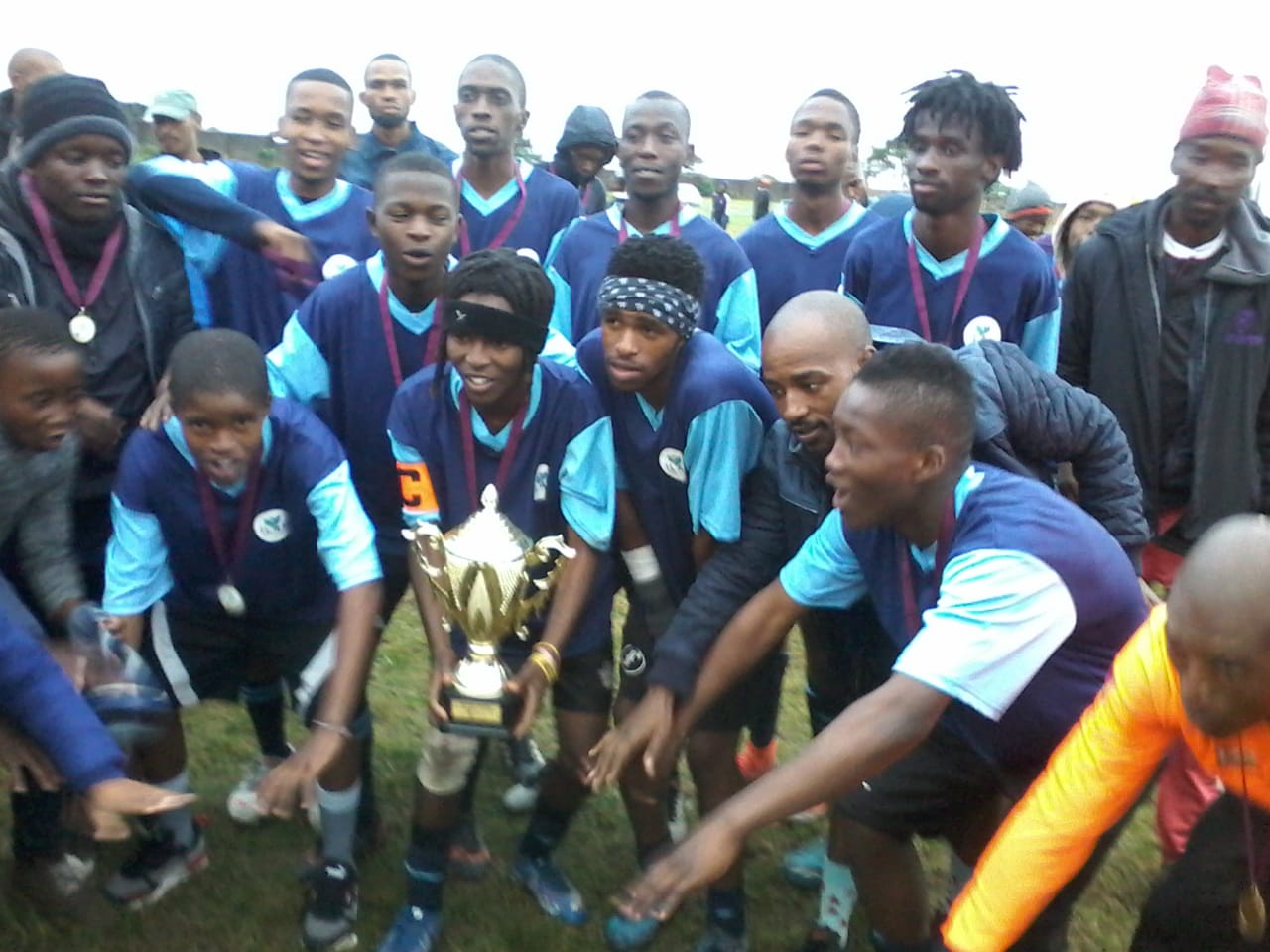 Football fans braved the chilly and wet weather in numbers on Easter Monday to witness the conclusion of the Makana Easter Tournament.

In the first semi-final clash, Young Eagles brushed off Black Stars 4-1 while XI Attackers edged Love and Peace by a single goal in a very closely contested game.

This set up a much anticipated and mouth-watering final between the two In-form sides. First up was the 3rd/4th playoff that saw the first division side and the tournament’s surprise package, Black Stars crushing Premier League side Love and Peace by 6-2.

The field was already packed to the rafters when the finalists took to the field. The game started at a high pace, as was expected, and both teams did not hold back as they threw everything at each other.

Young Eagles enjoyed a good opening 20-minute spell, but Attackers’ defence stood firm and absorbed the pressure. Attackers slowly came back into the game and spread the ball nicely around the field. An excellent move that started at the back cut the Eagles’ defence wide open, finishing with a powerful shot by Siviwe Mandevu that left the goalkeeper for dead.

Attackers led the Eagles by a single goal at halftime. Eagles started the second half with more purpose showing aggression and making their intentions very clear. Attackers were forced to defend and finally succumbed to pressure as they were caught in sixes and sevens by a sublime pass that found Ayamkela Frans unmarked. He kept his cool while steering the ball home to equalise and set up a blazing last fourteen minutes of the game.

Both teams pushed for a winner but could not find the back of the net as the final whistle sounded. A tense penalty shootout then decided the game. Attackers emerged as winners on sudden death after both teams finished the regular shootout at 4-4 as both teams missed one each.

XI Attackers coach Tanduxolo Faxi was pleased with his charges’ performance. “It was a very tough game, and Eagles fought until the end, and they were all over us, but I am happy with my boys’ effort.”

Simamkele Mzalazala, Attackers’ skipper, thanked his teammates for the hard work and also thanked the fans who came in numbers to support them. Eagles coach Bashin Dlangazele congratulated Attackers and said they really deserved it but was also proud of his team.

Makana LFA chairman Afika Adam was pleased with the tournament. “This was a huge success, and all the teams gave their best. The fact that we have a first division side, Black Stars, as 3rd prize winners shows that football is growing. Next year we will try and make this tournament even better.

Lastly, I would like to thank our mayor Yandiswa Vara for her role in this tournament and Grocott’s Mail for constantly keeping our people informed and updated about our activities.”

Black Stars chairman and founder Andile Mpulani thanked the LFA for putting up a great show and thanked his boys for a good display in this tournament. They believe that they will take all the lessons learnt to their league campaign. Hats off to Makana LFA leaders for hosting such a well organised spectacle for the local teams and the fans, who enjoyed this long weekend.