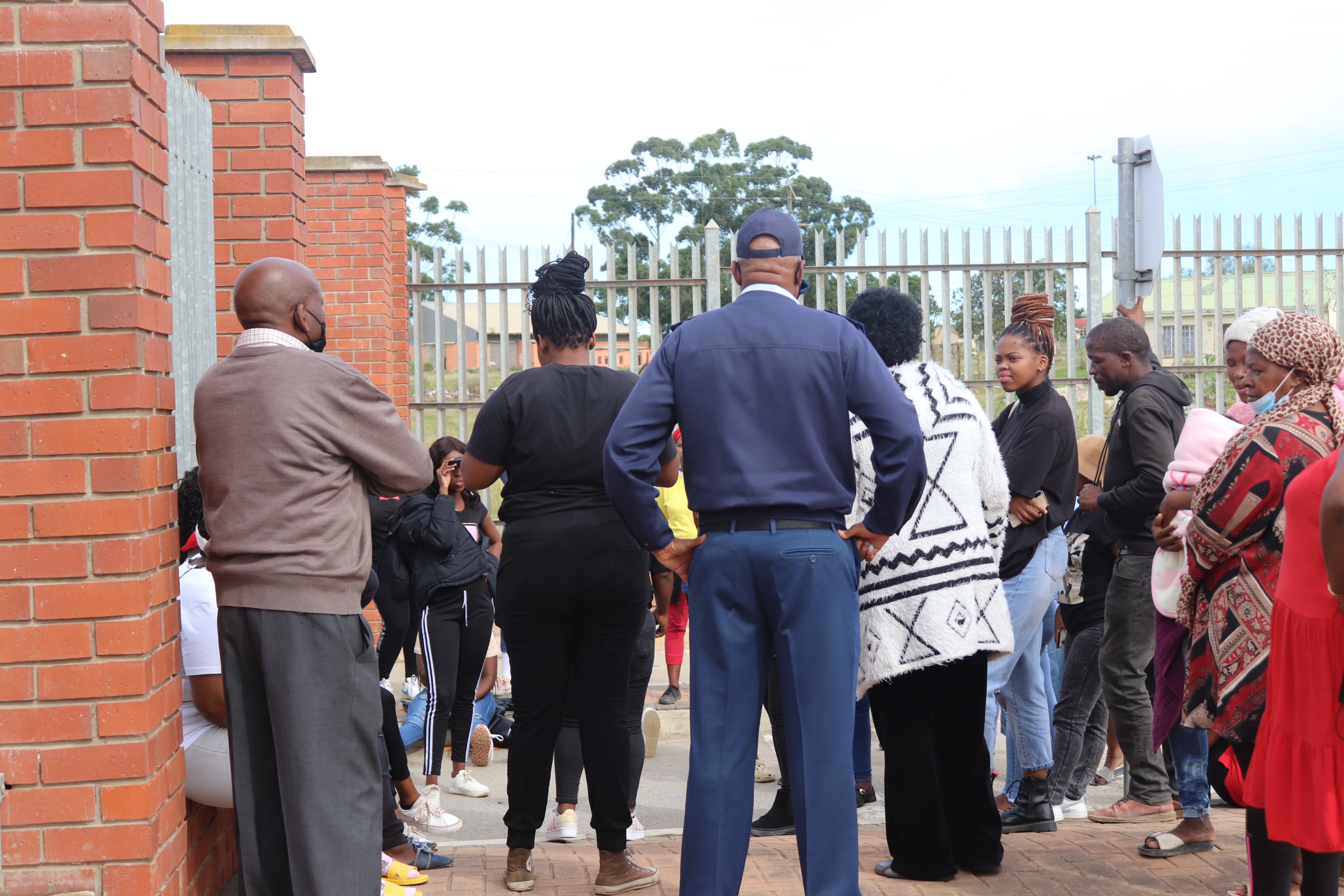 Protestors in conversation with members of the SAPS at the Joza Police Station on Tuesday 12 April. Photo: Toto Tsarneba

A group of protestors blocked the entrance to the Joza Police Station in Extension 6 on April 12 and April 19 over their frustration with reporting crimes – especially gender-based violence (GBV).

The protesters claimed that when Zekhaya Doto, 24, went to the station on 29 March to report a rape she alleged took place the day before, she was victimised and “chased away” by her alleged rapist and SAPS members.

Doto alleged in social media posts that her two-year-old child had also been raped.

Doto was then told to go home to wait for a detective. She was later admitted to Settlers hospital and was found hanged on the hospital’s grounds on 3 April.

Visible Policing Commander Lieutenant Colonel Boyce Mbeleni and Station Commander Colonel Nomsa Mtshagi of Joza Police told the protestors they had records of two rape cases under Doto’s name on 3 February and the other on 20 March – but had no record for 29 March.

Police spokesperson Warrant Officer Majola Nkohli confirmed there was no case number for the rape that Doto attempted to report on 29 March. He also said the SAPS did not know any SAPS member refusing to assist the complainant.

Nkohli said the 3 February and 20 March rape cases opened by Doto were thoroughly investigated, but the cases had been withdrawn due to a lack of forensic evidence.

Protestors asked why a distressed woman who had attempted to report a third rape within two months had been turned away by police.

Some men attended the protest. Luzuku Ngqoyiya asked men to be humane and know how to behave themselves. “As a man myself, I know how to handle myself, and I feel like as a man, it is my responsibility to protect women and children in my community,” Ngqoyiya said.

Protestors were asked to draft a letter of complaint to the station.