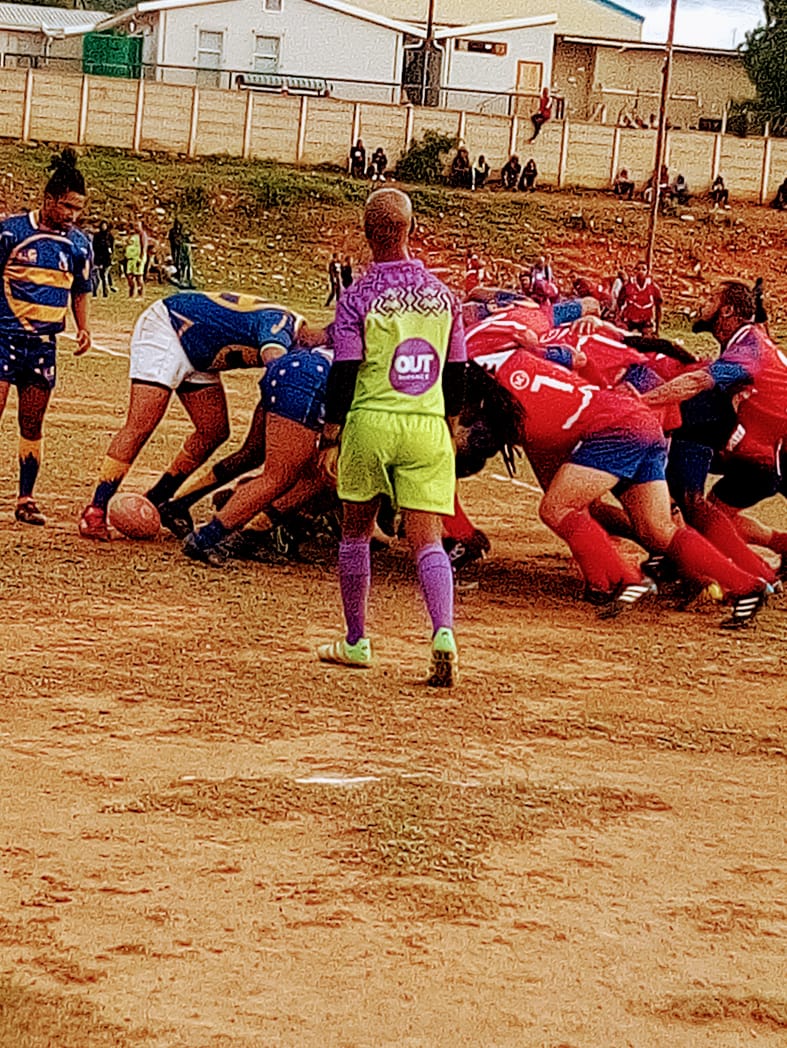 The home side enjoyed a healthy 15-3 lead at the break before ending on 27-3.

After a frenetic opening four rounds in the EPRU Sedru Regional rugby competition, clubs will enjoy a welcome breather when the league goes into recess over Easter weekend. Some will take part in various Easter tournaments and festivals.

The clash was played in a good spirit – but it was a physical and competitive onslaught. St Mark’s, as expected, dominated the scrums, line-outs and mauls as they have the whole season with their big, mobile and powerful forwards.

Kowie couldn’t get going in the first half and found themselves on the back foot, while mistakes cost them points. The home side scored three first-half tries as they went into the changeover 15-3 in front.

The second half didn’t get any better for the visitors as they struggled to find their feet and momentum. Loose forward Kepler Louw’s sublime form continued as he got his side over the advantage line on attack alongside the bigger forwards of St Mark’s.

The home side continued their momentum from the first half and created many scoring opportunities, but over-eagerness resulted in mistakes.

Kowie could only defend as the Bulls launched wave after wave of attack at them. The home side scored two further tries, with Brian Buys scoring his fifth try of the season, which ensured an all-important bonus point to earn a deserved 27-3 win.

Kowie United Head Coach on the Club’s Facebook Page congratulated St Mark’s on the win and made no excuses for their defeat. “It’s back to the drawing board for us as we are still in the race. It’s not how hard you fall but how strong you get up,” he said in the post.

His counterpart Donovan Williams of St Mark’s was not so happy with his side’s second-half performance but was content with the bonus point. “We made too many mistakes in the second half and should have scored more tries. But there were obviously a lot of positives we can take out from the game, and we should work harder on certain aspects.

“We were solid on defence with players like Kepler Louw and Marcus Goliath in the forwards doing sterling, while Cole Kirkwood showed why he is such a special talent with his attacking prowess and solid defence.”

The Grocott’s Mail Sport Man of the Match Award went to Marcus Goliath, who was phenomenal throughout the game. He scored four brilliant tries and was a headache for the opponents on attack with his powerful ball carries.