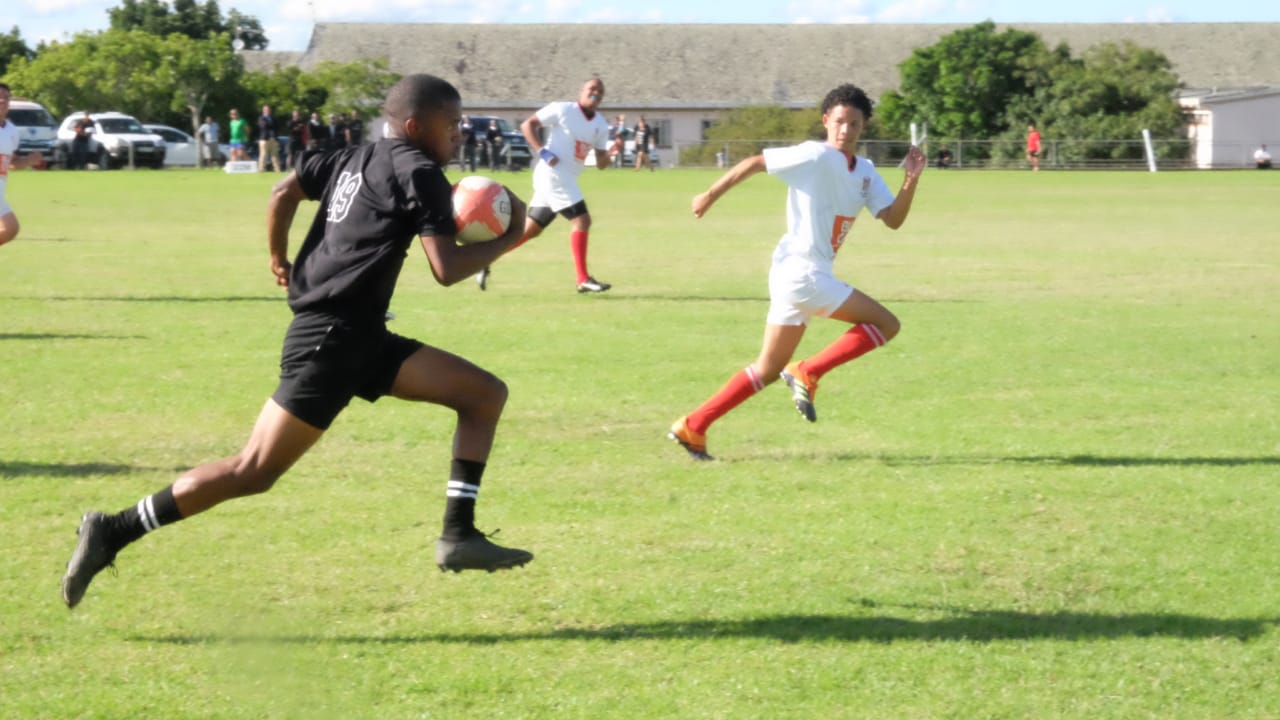 The game took place in front of a large crowd and was played in a good spirit, with both schools furthering their relationship and strengthening ties. Both teams lost a considerable number of key players from last year, and both lost their respective matches at the Graeme College Annual Rugby Day in March.

The home side drew first blood via a try by the experienced Pondy Ngumbela to take a 5-0 lead. The first 15 minutes of the game were very competitive, intense and physical as both teams confronted each other heads on. PJ forwards dominated at scrum time and put the visitors under pressure. However, a few silly missed tackles saw Mawas crawl back and score three tries to take a firm lead at the break.

PJ continued to make mistakes on defence and gave Mawas much needed momentum. Mawas attacks were led by veteran Jade Jeggels who was dangerous and used his experience to his advantage. Mawas had most of the ball possession and made it difficult for PJ’s speedy backs to run with the ball.

It was, however, in broken play that saw a fine try scored by speedster and winger Junaiden Kadie, after fantastic hands by the backs out wide.

Mawas was on the front foot for most of the second half and used their opportunities and put points on the board. Jady Hopshire, Erron Goliath and Jade Jeggels scored tries for Mawas.

In the end, Mawas were the better team and recorded a deserved 31-10 win.