Mahala traces the making and breaking of an intellectual tsotsi 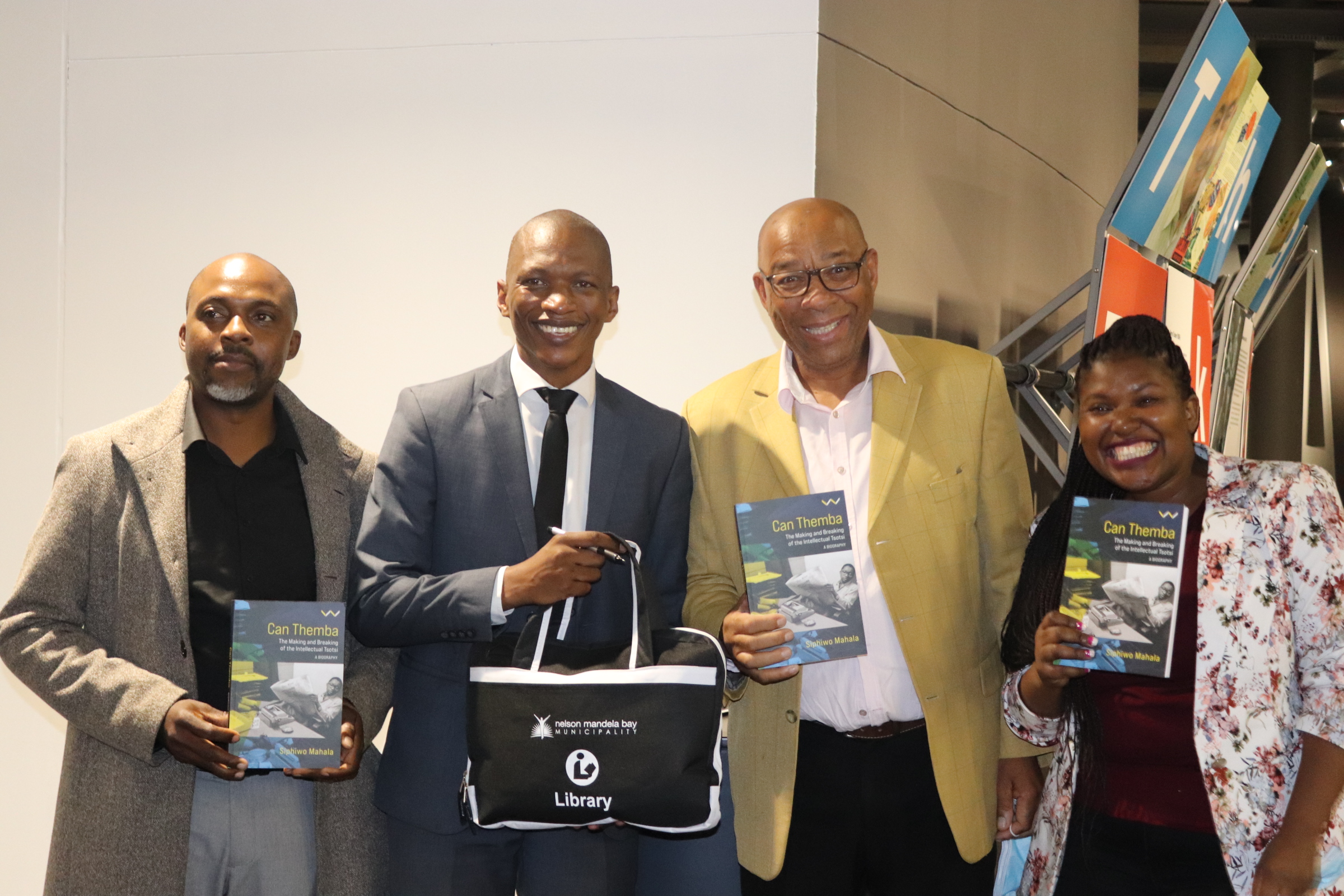 Dr Siphiwo Mahala and attendees at the launch of his new book: 'Can Themba: The Making and Breaking of the Intellectual Tsotsi'. Photo: Toto Tsarneba

Joza-born author Dr Siphiwo Mahala returned home to launch his book on the iconic Drum-era writer and journalist Can Themba at Amazwi on Tuesday, 12 April.

Mahala told Grocott’s that he has always made it a point to launch and perform his work in his hometown because “this is where it began”.

Mahala said his own life had come “full circle” with Can Themba: The Making and Breaking of the Intellectual Tsotsi. “I am retracing my footsteps as much as I am retracing Can Themba’s footsteps because he also studied here. There is an intersection.”

Mahala said he owes his love of reading to the Diocesan School for Girls (DSG), which supported him by supplying him with stationery when his father worked as a general worker at the school. Ironically, the school thus educated, clothed, and fed him, he said.

Mahala ran a workshop on Monday, which shared his journey with young people and encouraged them to keep trying to open opportunities. He said that, unlike him, they did not have to relocate to places such as Gauteng to get their breakthroughs. “I want to support them get their breakthrough without leaving their homes,” he said.

Mahala’s late father left him with the words ‘ufunde ungabinaxhala‘, meaning you must study and fear nothing. Mahala embraced his father’s words by converting his PhD thesis into a book.

Mahala researched Can Themba’s life story for nearly two decades before producing his latest book. He tracked down Themba’s surviving colleagues and family members and interviewed them.

The biography takes a critical historical approach to Themba’s life and writing, painting a picture of the whole man, from his early beginnings in Marabastad to his sombre end in exile in Swaziland.

The better-known elements of his life – his political views, passion for teaching and mentoring, family life and his drinking – are woven together with an examination of his literary influences and the impact of his writing (especially his famous short story ‘The Suit’) on modern African writers in turn.

Mahala, a master storyteller, deftly follows the threads of Themba’s dynamic life, showcasing his scholarly aptitude and wit, along with his flaws, contradictions and heartbreaks set against a backdrop of the sparkle and pathos of Sophiatown of the 1950s.

Can Themba’s successes and failures as well as his triumphs and tribulations reverberate on the pages of this long-awaited biography. The result is an authoritative and entertaining account of an often-misunderstood figure in South Africa’s literary canon.