Bringing Parliament to the youth 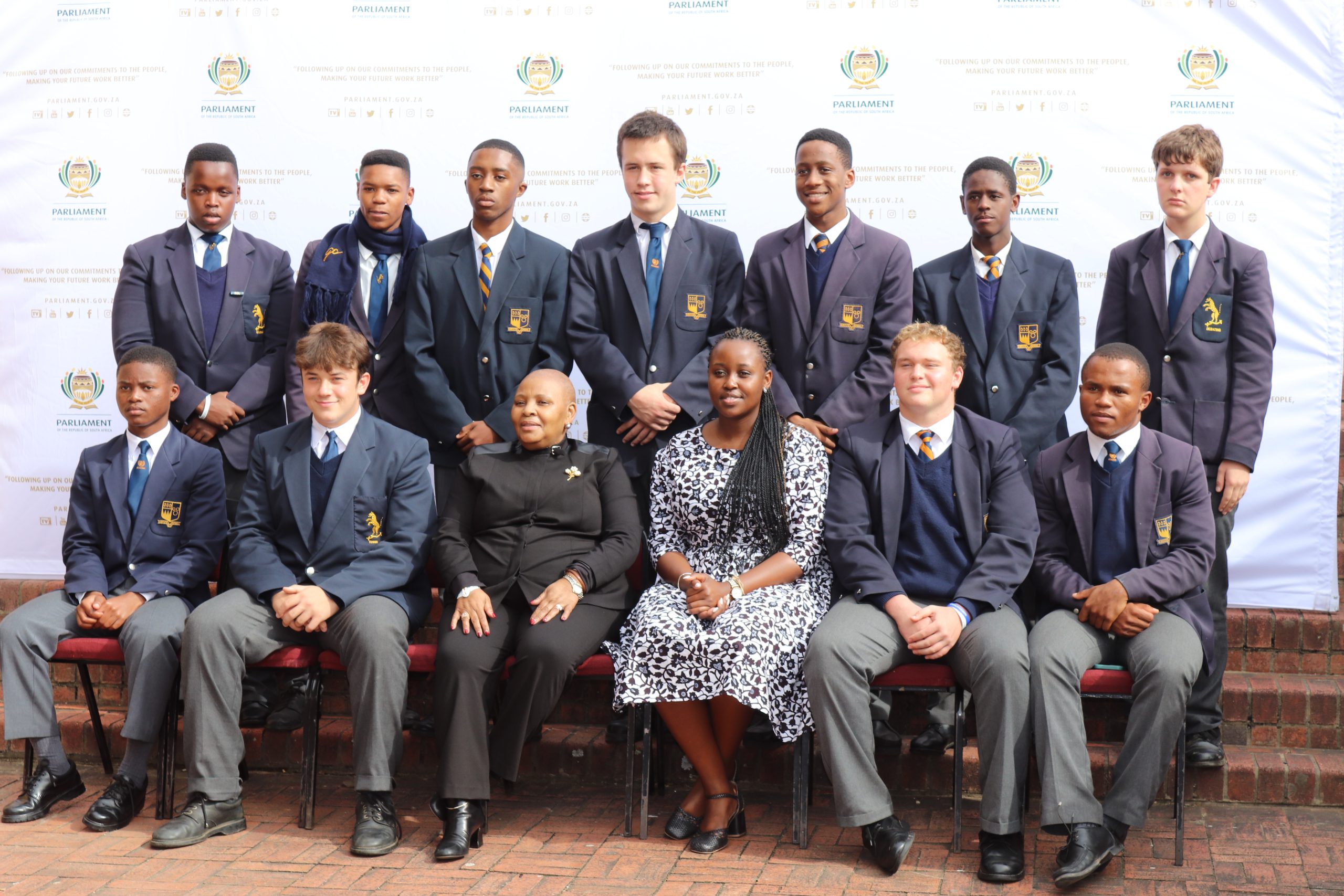 Mary Waters High School learner Lisakhanya Sentile told National Assembly speaker Nosiviwe Mapisa-Nqakula is concerned about the acute shortage of teaching staff at her school on the second day of the Back-to-School Outreach Programme held at the Settler’s Monument on Tuesday, 12 April.

She was one of about 100 learners from nine Makana schools who shared their concerns with several high-ranking parliamentary and government leaders.

Sentile asked, “What are the learners are going to do at school when there is a shortage of teachers.” Grades 8 and 9 are particularly badly affected. “This is very challenging for us,” she said.

Liyema Ndzandze, a pupil from Hendrik Kanise Combined School, said he would like the government to assist with school infrastructure. He said there was a shortage of desks and the school toilets were not safe – the walls and ceiling could collapse at any time.

Many learners benefit from school nutrition programmes but go hungry on weekends and school vacations.

Toxic masculinity, gender-based violence and bullying of learners who are neurodiverse or who identify as LGBQTI were identified as major issues.

Graeme College learner Braam du Toit said patriarchy affected both men and women and harmed them both. “The same system that oppresses women also creates the men that do that,” he said.

In a virtual presentation, the PCO was explained as an extension of Parliament – a way to resolve conflicts between communities and the government by making it easier for citizens to report grievances. PCOs are also designed to inform communities about laws being made or repealed in Parliament and are points of convergence for local stakeholders.

Mapisa-Nqakula said parliament planned to roll out similar programmes of re-engineering its PCOs and engage with young people nationwide.

Mkatshwa said it was important for the leaders present to take the issues raised by young people to the offices responsible and monitor the action taken.

In her speech, Makana Municipality Executive Mayor Yandiswa Vara encouraged the youth to befriend their parents and guardians to bridge the generation gap. Earlier, some learners said they struggled daily to communicate with their parents.

In response to a grievance about the Alicedale Hall, which was allegedly vandalized during a protest, she said a contractor had already been appointed and would start working on repairs soon.

Previous ArticleLETTER: An Easter message from Mayor Vara
Next Article The unbeatables of Oatlands Primary